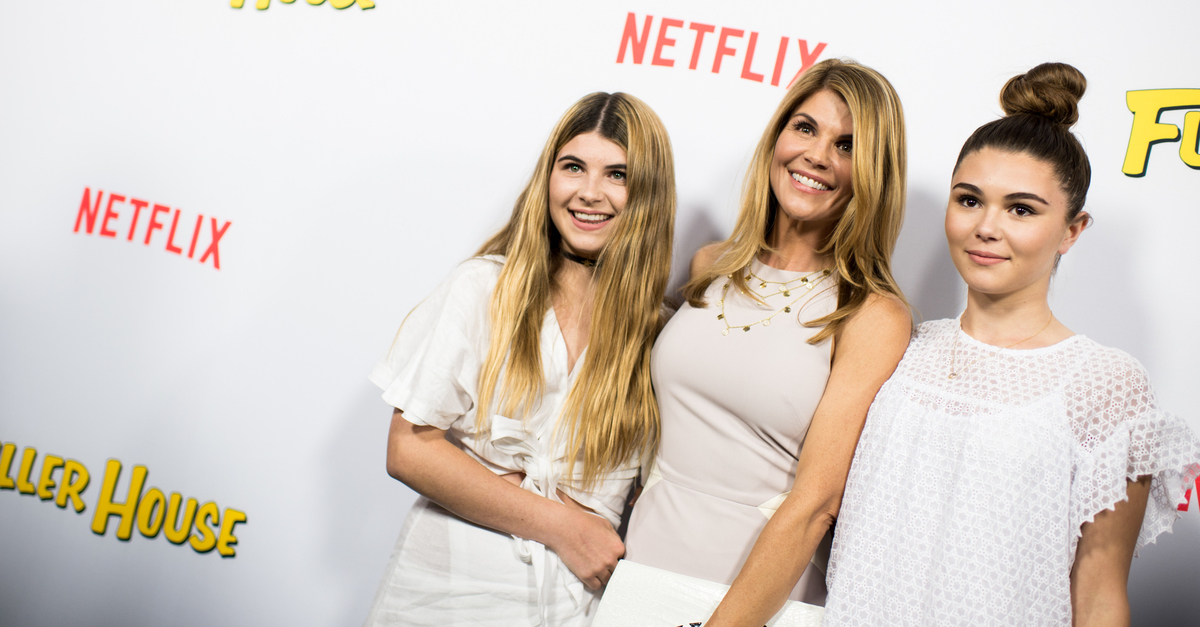 In what’s being called the “largest college admissions scam ever prosecuted by the Department of Justice,” one of the premier defendants is Full House and Fuller House star Lori Loughlin–known affectionately the world over as Aunt Becky. This aspect of the real-life legal drama ensnaring Loughlin and her–perhaps equally famous to Millennials–fashion designer husband Mossimo Giannulli focuses on National College Athletic Association (NCAA) rowing.

According to the U.S. Attorney for the District of Massachusetts, Loughlin and Giannulli “agreed to pay bribes totaling $500,000 in exchange for having their two daughters designated as recruits to the [University of Southern California (USC)] crew team–despite the fact that they did not participate in crew–thereby facilitating their admission to USC.”

The complaint outlines why the family allegedly felt the need to bribe:

In an e-mail on or about July 24, 2016, [The Key founder William Rick Singer] advised Giannulli that his older daughter’ s academic qualifications were at or just below the “low end” of USC’s admission standards. Thereafter, the Giannullis agreed with [Singer] to use bribes to facilitate her admission to USC as a recruited crew coxswain, even though she did not row competitively or otherwise participate in crew.

College Rowing is a competitive NCAA sport wherein a crew rows a boat called a racing shell using oars and attempts to beat other teams. A coxswain is the person in charge of navigating and coordinating the rowers–effectively a multi-person team’s coach.

Many of the children who benefited from their parents’ alleged fraud were apparently unaware of the pay-to-study artifice at work here. That may or may not be the case for the Loughlin-Giannulli girls. Isabella Giannulli and Olivia Giannulli are 20- and 19-year-old adults, respectively.

“On or about September 7, 2016, Giannulli sent [Singer] an e-mail attaching a photograph of his older daughter on an ergometer,” or rowing machine, according to the complaint.

The month after the apparently staged photograph was received, USC senior associate athletic director Dr. Donna Heinel “presented the Giannulli’s daughter to the USC subcommittee for athletic admissions as a purported crew recruit.” At that meeting, “the subcommittee approved her conditional admission to the university.”

After Isabella Giannulli was admitted to USC, the Gianullis allegedly wired The Key Worldwide Foundation $200,000 as a “purported donation,” according to the complaint. Federal prosecutors claim this putative donation, however, was actually payment for a job well done.

A similar scheme was allegedly effectuated for Olivia Giannulli as well.

“As soon as the semester is over I will need a transcript and test scores,” Singer allegedly wrote back. And then, prosecutors say, the coxswain-rowing subterfuge was again put into motion.

A few months later, Singer emailed Laura Janke, a former assistant coach of women’s soccer at USC and asked her “to prepare a crew profile for the Giannulli’s younger daughter.” Janke wrote back affirming that she would start as soon as she received “the pertinent information,” according to the complaint.

On or about July 16, 2017, [Singer] e-mailed the Giannullis requesting information for the crew profile. [Singer] indicated that the profile would present their younger daughter, falsely, as a crew coxswain for the L.A. Marina Club team, and requested that the Giannullis send an “Action Picture.” Four days later, [Singer] sent the Giannullis a second request, noting, “If we want USC I will need a transcript, test scores and picture on the [rowing machine].” Loughlin, copying Giannulli, replied later that day, “[Mossimo] will get this done. We are back in town on Monday.”

Exactly one week after that, Giannulli allegedly emailed a picture to Singer of Olivia Giannulli posing on a rowing machine–just like before. And, just like her older sister, Olivia Giannulli was presented as a rower to the USC athletic admissions committee and quickly accepted on the basis of her alleged athletic prowess.

After the receipt of a formal acceptance letter for Olivia Giannulli later that year, the Giannullis wired a similar $200,000 “donation” to The Key Foundation.

But that’s not all.

Apparently the high school guidance counselor at the Giannulli girls’ high school somehow got wise to the scheme and raised their concerns with the younger sister, according to Singer. Then, in spring of 2018, the same counselor emailed Giannulli to alleviate the family’s worries by noting that USC had no intention of rescinding Olivia Giannulli’s admission.

“I also shared with [the USC senior assistant director of admission] that you had visited this morning and affirmed for me that Olivia is truly a coxswain,” the guidance counselor wrote.

“I just want to make sure those students…if questioned at the school that they respond in a[n] appropriate way that they are, walk-on candidates for their respective sports,” Heinel said. “They’re looking forward to trying out for the team and making the team when they get here. OK? That’s what I just want to make sure of. [Inaudible.] So I just don’t want anybody going into…[the high school], you know, yelling at counselors. That’ll shut everything–that’ll shut everything down.”

In late 2018, at the direction of law enforcement, Singer made two separate phone calls to Loughlin and Mossimo. During each of those calls, Singer implicated both parents in the scheme by referencing the surreptitious nature of their $200,000 donations and the fact that neither Isabella nor Olivia Giannulli was actually involved in rowing.

Nationwide College Cheating… by on Scribd