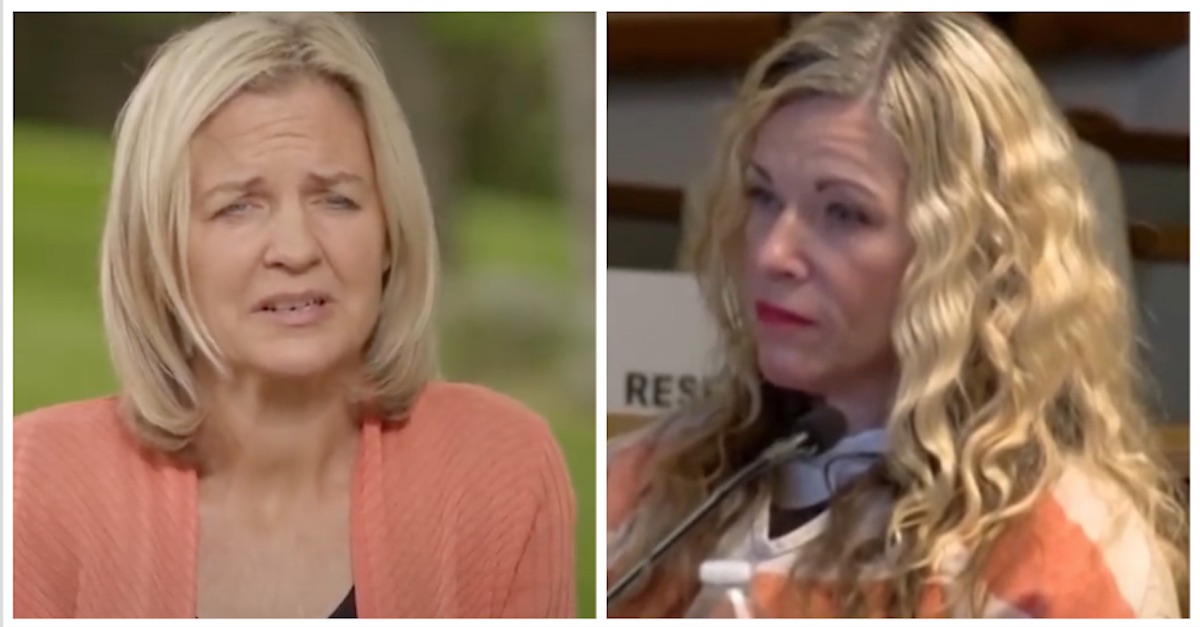 A woman who has been identified before as Lori Daybell’s “best friend” has written a lengthy 7-page letter describing the various forms of “deception” emanating from alleged “doomsday cult” leader Chad Daybell.

East Idaho News reporting on the Melanie Gibb’s letter (read in full here) comes in the aftermath of 51-year-old Chad Daybell’s arrest on two felony counts for alleged destruction, alteration, or concealment of evidence relating to the deaths of his wife’s children, 7-year-old Joshua “JJ” Vallow and 17-year-old Tylee Ryan. The children had been missing since Sept. 2019, but authorities confirmed on Saturday that the human remains they found buried on Chad Daybell’s Idaho property were JJ and Tylee.

He has pleaded not guilty.

Lori (Vallow), 46, and her fifth husband Chad Daybell got married in Nov. 2019 while her kids were missing, about two weeks after Daybell’s previous wife Tammy Daybell died and months after Lori’s then-husband Charles Vallow was shot and killed by Lori’s since-deceased brother Alex Cox. Lori and Chad then went to Hawaii and didn’t assist authorities in efforts to find JJ and Tylee. Lori was arrested on child in Hawaii in late February after leaving Rexburg, Idaho with Daybell. Although she was charged in a child desertion case, Chad Daybell was not arrested until last week. It’s unclear if/when charges against the couple will be upgraded to murder.

Gibb addressed “doomsday cult” element to the case at length in her letter. You may remember that Lori and Charles Vallow’s marriage was on the rocks in the months before the shooting, but the late husband filed divorce papers in court back in Feb. 2019, claiming that his then-wife professed to be a “god” preparing for the Second Coming of Christ. Chad Daybell’s apocalyptic writings and the influence of the Another Voice of Warning (AVOW) website have also been well-documented.

Gibb said that she was deceived by Chad Daybell in many ways and now equates his deception with the work of Satan. Gibb recounted how Lori Daybell came to be radicalized.

“Chad and Lori met and Chad seemed to have all the answers she was desiring. She had learned about multiple probations (many lives) from the internet and really believed she was married to Moroni (a prophet in the Book of Mormon). She heard him often talk to her, according to Lori. Chad informed her she had been married to him before. Chad also informed her that they had been married multiple times, one being when he was James the Less from the Bible. He told Lori that they were each other’s favorites,” Gibb wrote. “She fell madly infatuated with (Chad). Lori loved his spiritual gifts, as he claimed to have the veil opened a little all the time and asked the Lord to close it because he saw too much. They felt it was okay to have this infatuated love because Jesus knew it was their mission to be the head of the 144,000, and they had been married multiple times (of course this is not true).”

Gibb then discussed the shooting of Charles Vallow.

Charles Vallow, JJ’s adoptive dad, was shot and killed on July 11, 2019 by Alex Cox. Cox, who insisted the killing was in self-defense, died in Dec. 2019 of causes that were initially unclear. A medical examiner ruled in May that Cox died of “natural causes.” The Vallow homicide occurred at the Arizona home where Lori lived with the children, cops said.

Charles Vallow wrote a June 29 email, in which he claimed his then-wife Lori made a fake account to communicate with Chad Daybell, according to cops in a Fox 10 Phoenix report. Lori allegedly pretended to be Charles Vallow in an email to Daybell. Charles Vallow suggested that Lori Vallow and Daybell were “up to something.”

Alarmingly, after Charles Vallow’s death, one of his sons claimed that Lori informed him of his father’s death in a text message but said she avoided going into detail about what happened.

“I was initially in disbelief because I had just talked to my dad,” one son told East Idaho News. “I was texting him and I remember calling him a couple times the morning he had gotten shot, and he didn’t respond. It was really weird. He usually returns calls and texts relatively fast, so something was off.”

Police in Gilbert, Arizona have since released body cam footage from January 31, 2019, showing Charles Vallow telling cops that his wife threatened to kill him; locked him out of their house while he was out on a business trip to Houston; took his truck that was left at the airport; removed money from their bank account; refused to tell him where the kids were.

“She’s lost her mind,” Charles said at the time. “I don’t know how else to say it. We’re LDS [Latter-day Saints]. She thinks she’s a resurrected being and a god, and member of the 144,000.” She asserted that Jesus was “coming next year,” according to his account.

Gibb said that Lori had “visions” of Charles Vallow dying.

“As Charles was supposed to die, according to the visions Lori had of him dying, she was greatly disappointed when he didn’t. Chad and Lori were so anxious to be together that Chad devised a plan and called Lori to let her know that Charles (Lori’s then-husband) was taken over by an unclean spirit and was no longer Charles anymore,” Gibb wrote. “These unclean spirits would later be called zombies. I was there when this happened and Lori seemed a little overwhelmed by this idea but wanted to believe Chad.”

Gibb also wrote about Chad Daybell’s “troubling” test with a pendulum to tell if “people were light or dark.”

“He created a portal and would ask questions with a pendulum. I saw him twice with a gold-colored pointy pendulum with a string attached. The last time I saw Chad and Lori, he asked questions with the pendulum to see if people were light or dark. That was troubling to me. I thought, ‘This is how he gets his answers?’ He told Lori that Peter, James and John came to him in 2017 in the mountains,” the letter continued.

It wasn’t until Lori and Chad Daybell were under investigation by authorities that Gibb had an epiphany: “this was Satan’s work.” Gibb said she realized the Daybells lied to her and that she needed to help bring them to justice in the deaths of JJ, Tylee, Tammy Daybell, and Charles Vallow.

“I felt I needed to pay the price of my sins by confessing them all to the whole world. I have helped the police, FBI, prosecuting attorney and detectives with this tragic case. I admire these men so much for being a strength of truth and to bring justice for all,” Gibb wrote. “My heart is so broken because of what happened to all those who were murdered and those who I once called my friends. I have forgiven all because I know this was Satan’s work and God took all hatred and evil out of my heart years ago when He changed my heart and gave me a new one. I cannot begin to understand all the pain the family members have suffered who lost their loved ones. I know it has affected me forever. I will never forget it.”