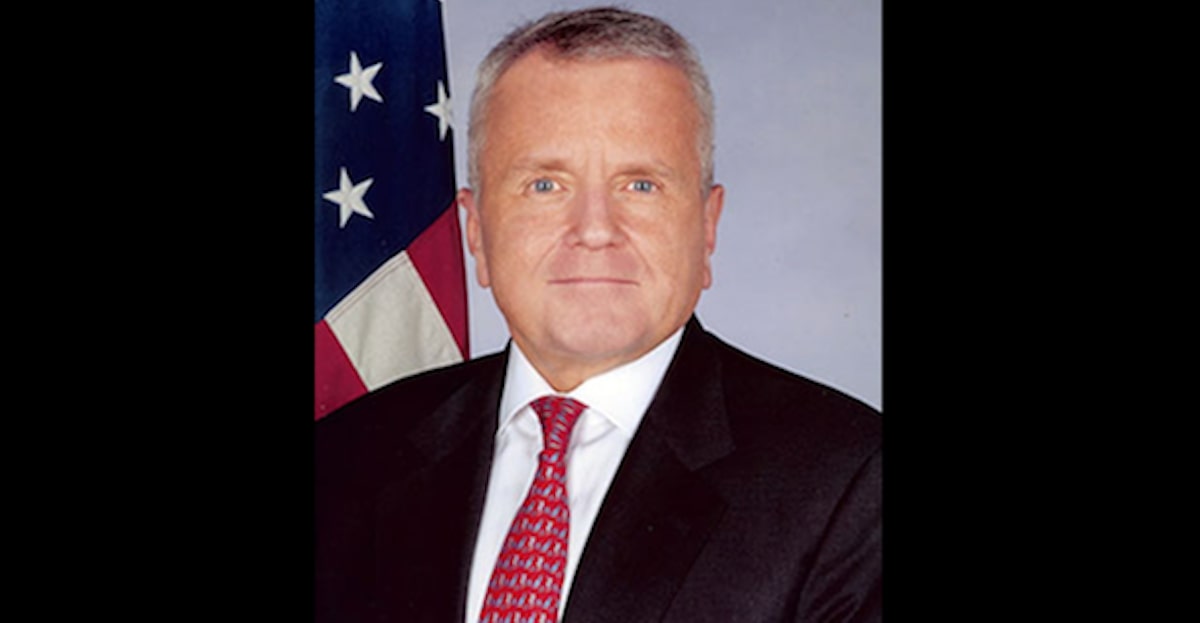 Sullivan previously served as both Deputy General Counsel for the Department of Defense and the General Counsel for the Department of Commerce. Following his various roles as a government lawyer, Sullivan also served as George W. Bush‘s Deputy Secretary of Commerce before being nominated as Deputy Secretary of State by President Trump. During Barack Obama‘s presidency, Sullivan was a practicing lawyer.

Per his State Department bio:

Prior to assuming office, Mr. Sullivan was a partner in Mayer Brown LLP, and co-chair of the law firm’s national security practice. From 2010 to 2016, he was the Chairman of the U.S.-Iraq Business Dialogue, a governmental advisory committee on United States economic relations with Iraq.

In addition to his decades of experience in private law practice, Mr. Sullivan has served in two prior administrations in senior positions at the Justice, Defense, and Commerce Departments. He served until 2009 as the Deputy Secretary of Commerce, following his service from 2005 to 2007 as the General Counsel of the Department. Previously, he was appointed Deputy General Counsel of the Defense Department by Secretary Donald H. Rumsfeld. In the first Bush Administration, Mr. Sullivan was Counselor to Assistant Attorney General J. Michael Luttig in the Justice Department’s Office of Legal Counsel.

While Sullivan has plenty of civil service experience under his belt, where he’s lacking is in diplomatic experience. For many ambassadorships, this wouldn’t be a problem, but Moscow is a notoriously difficult posting, especially these days.

During his confirmation hearing in 2017, Sullivan proposed a “robust” response to alleged Russian election interference, calling it an “intrusion into our democracy.” Sullivan similarly attacked Russia in 2018 regarding the country’s involvement in Crimea and Chechnya:

The Russian Government continues to quash dissent and civil society, even while it invades its neighbors and undermines the sovereignty of Western nations. We once again urge Russia to end its brutal occupation of Ukraine’s Crimean Peninsula, to halt the abuses perpetrated by Russian-led forces in Ukraine’s Donbas region, and to address impunity for the human rights violations and abuses in the Republic of Chechnya.

Last month, Sullivan met with his Russian counterpart, Sergey Ryabkov, to discuss various security issues and in December went on a tour of Eastern Europe, seemingly in a bid to gain the experience his portfolio was lacking. While in Eastern Europe, Sullivan described Russia’s influence in the region as both “destabilizing” and “malign.”

In Huntsman’s resignation letter, he left a warning for the future Ambassador and the United States at large stating that the U.S. “must continue to hold Russia accountable when its behavior threatens us or our allies” and that the U.S. must insist “Russia respect the sovereignty of its neighbors.”

Assuming Sullivan is nominated for the position, Secretary of State Mike Pompeo will be allowed to select a deputy of his choosing to replace him. Huntsman’s resignation will become effective on Oct. 3 of this year.