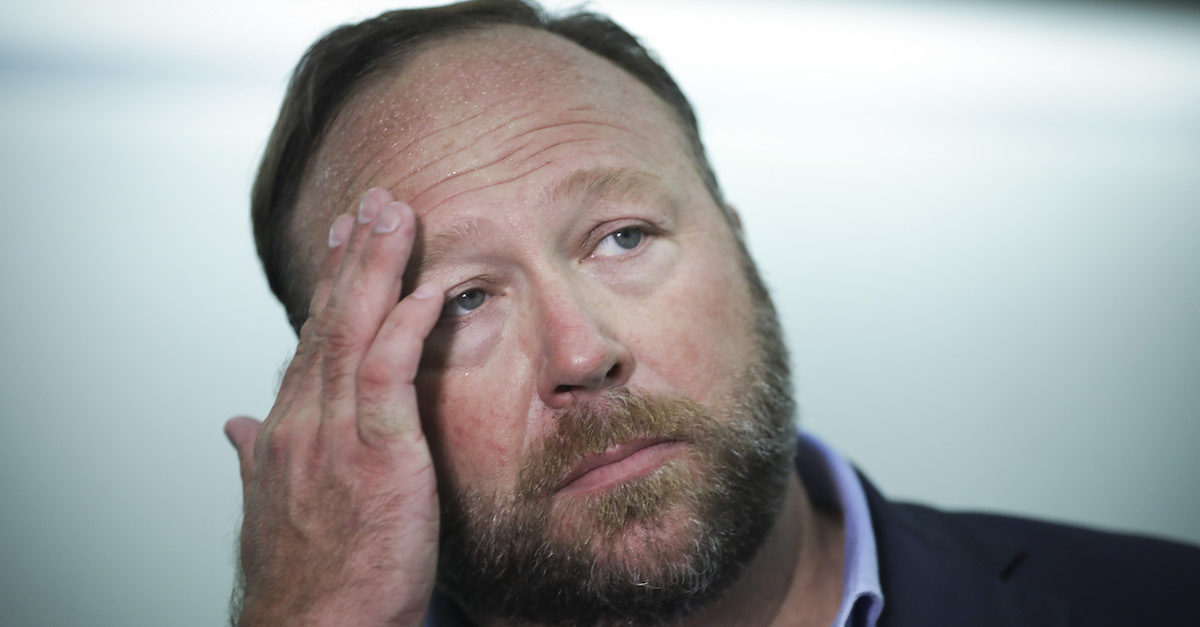 Right-wing conspiracy theorist Alex Jones suffered a sweeping defeat in court after a superior court judge in Connecticut found him liable by default in all four defamation cases brought against him by the families of eight victims who were murdered in the 2012 Sandy Hook Elementary School massacre in Newtown, The New York Times reported. Jones had previously called the mass shooting a “hoax” that was “phony as a three-dollar bill.”

Judge Barbara Bellis on Monday issued a default judgment against Jones because, among other things, the court said he and his attorneys refused to provide the plaintiffs with financial documents and web analytics data in accordance with court orders. Default judgment orders occur when, in essence, a party to litigation simply fails to respond as ordered.

Bellis reportedly said Jones’ attorneys “failure to produce critical material information that the plaintiffs needed to prove their claims” was a “callous disregard of their obligation,” the Hartford Courant reported.

“Mr. Jones is very used to saying whatever he wants to say from the comfort of his own studio, but what I think this case has shown is that when he is forced to defend his conduct in a court of law and comply with court orders, that it’s a very different ballgame,” Chris Mattei, one of the lawyers representing the Sandy Hook families, told the Courant. “The fact that the court was left with no choice but to default him shows just how unwilling Mr. Jones was to have his conduct exposed to the light of day in front of a jury.”

Following the default judgments, Judge Bellis will preside over a trial to determine the amount of damages owed to the victims’ families.

Jones’ oft-repeated and false claims about the Sandy Hook shooting, which left 20 children and six teachers dead, revolved around the bogus notion that the tragic ordeal was a hoax constructed by the media using “crisis actors” as part of a sidelong effort to push for gun control.

Lead plaintiff Erica Lafferty sued Jones and his InfoWars media empire in the spring of 2018 for invasion of privacy by false light, defamation, intentional infliction of emotional distress, negligent infliction of emotional distress and for allegedly violating a Connecticut statute prohibiting unfair trade practices. The case, through numerous removals, appeals and other forms of legal wrangling, ping-ponged across various courts for years before Monday’s ruling.

Though he eventually conceded that the shooting was real, Jones claimed his false statements about the massacre were protected under the First Amendment.

Monday’s ruling is similar to a default ruling in Texas in favor of Sandy Hook parents against Jones in September.

The Texas ruling said Jones and his attorneys “failed to supplement any discovery” in 2019 and in 2021. The judge called attention to their failure to “make efforts for a corporate representative deposition to cure their non-appearance.”

“In sum, Defendants have engaged in pervasive and persistent obstruction of the discovery process in general,” Judge Gamble wrote. “The Court is also faced with Defendants’ refusal to produce critical evidence.  Defendants have shown a deliberate, contumacious, and unwarranted disregard for this Court’s authority.  Based on the record before it, this Court finds that Defendants’ egregious discovery abuse justifies a presumption that its defenses lack merit.”