N.J. Chiropractor Stabs Wife to Death Before Crashing His Car in Someone Else’s Backyard and Shooting Himself with a Rifle: Prosecutor 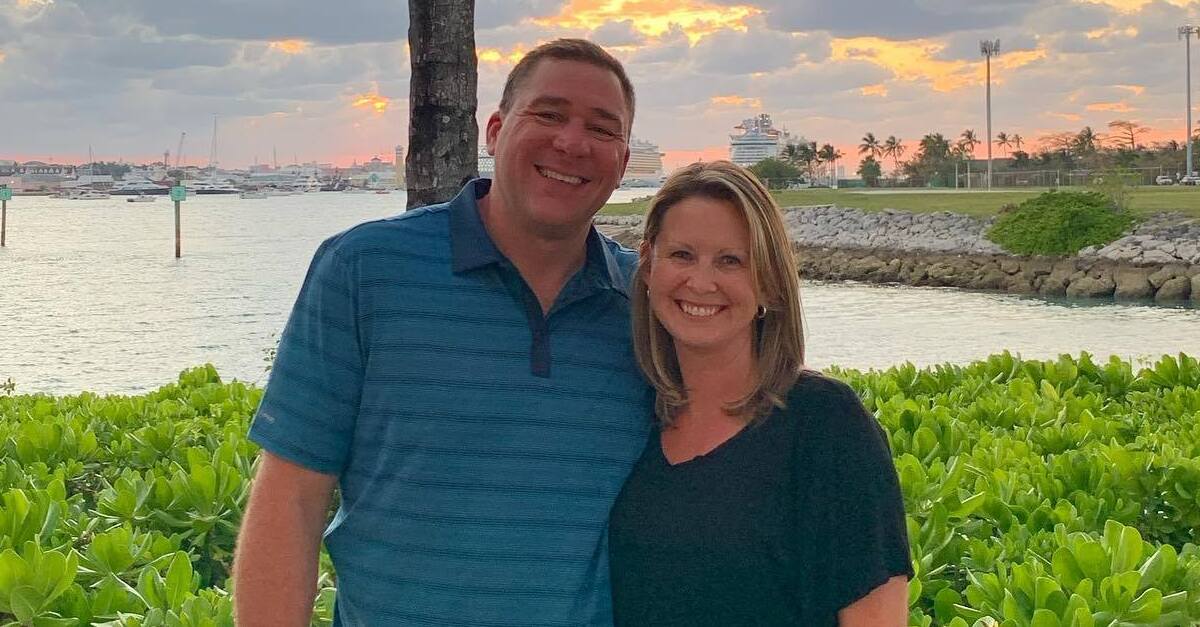 A New Jersey woman and man are dead after an apparent murder-suicide late last week, according to county law enforcement.

Gloucester County authorities say that 42-year-old Melissa Kolonich was stabbed to death by her husband, John Kolonich, 46, who later shot himself during the late morning hours on Thursday, Nov. 11.

First, the husband killed his wife, law enforcement said. Next, he got in his car and briefly traveled south before causing a bit more damage for someone else. Then, he allegedly took his own life.

In a press release, Gloucester County Prosecutor’s Office Acting Chief of Detectives Thomas Gilbert announced that the presumed murder suspect was found dead inside of his car after officers with the Franklin Township Police Department responded to reports of an automobile that was haphazardly parked in someone else’s backyard.

Prior to the crash, John Kolonich killed Melissa Kolonich inside their nearby home, police say. After the crash, the assailant is said to have shot himself in the head. The deceased woman’s death was ruled a homicide and her body is said to have received multiple stab wounds, according to the Gloucester County Medical Examiner & Coroner. John Kolonich’s death was ruled a suicide by rifle fire.

According to NJ101.5, the couple had one daughter.

Police initially responded to the presence of the car in the yard and the dead man inside in Franklinville, N.J., an unincorporated community which is also part of Franklin Township. Police later learned about the deceased woman inside the home where the couple lived on Florawood Court in Franklin, N.J. No motive for the violence has been publicly offered by Garden State authorities, according to NJ.com.

The investigation “determined that Melissa Kolonich was murdered by John Kolonich, in the early morning hours Thursday at their Florawood Court address,” the prosecutor’s office said. “At a time after the murder, John Kolonich departed their residence in his vehicle, and, traveling southbound on Franklinville-Williamstown Road, left the roadway, crashing into the backyard of the Sandra Way residence.”

“After John Kolonich crashed his vehicle, he committed suicide while still inside the vehicle, using a rifle he had in his possession,” the prosecutor’s release continued.

According to the Courier Post, John Kolonich was a chiropractor in their South Jersey community, who owned and operated Enhanced Chiropractic. The outlet reports that his wife offered birthday wishes to her husband on May 12, 2021 by way of a Facebook post. That date matches John Kolonich’s date of birth provided by authorities.

The outlet also reports that John Kolonich fashioned himself as a supporter of veterans and the law enforcement community.

“His Facebook page notes multiple fund-raising efforts for Franklin officers taking part in the annual Police Unity Tour,” according to that report.

The Facebook page for the business shows that the profile picture was changed the evening of the day before the couple died.

In that birthday message, the victim was effusive with praise for the man that authorities believe went on to kill her.

“Happy birthday to this amazing guy!” Melissa Kolonich’s post reads–set against an image of the couple smiling, apparently with their daughter, in front of a Christmas tree. Kolonich said that she and the girl “love and appreciate you everyday.”