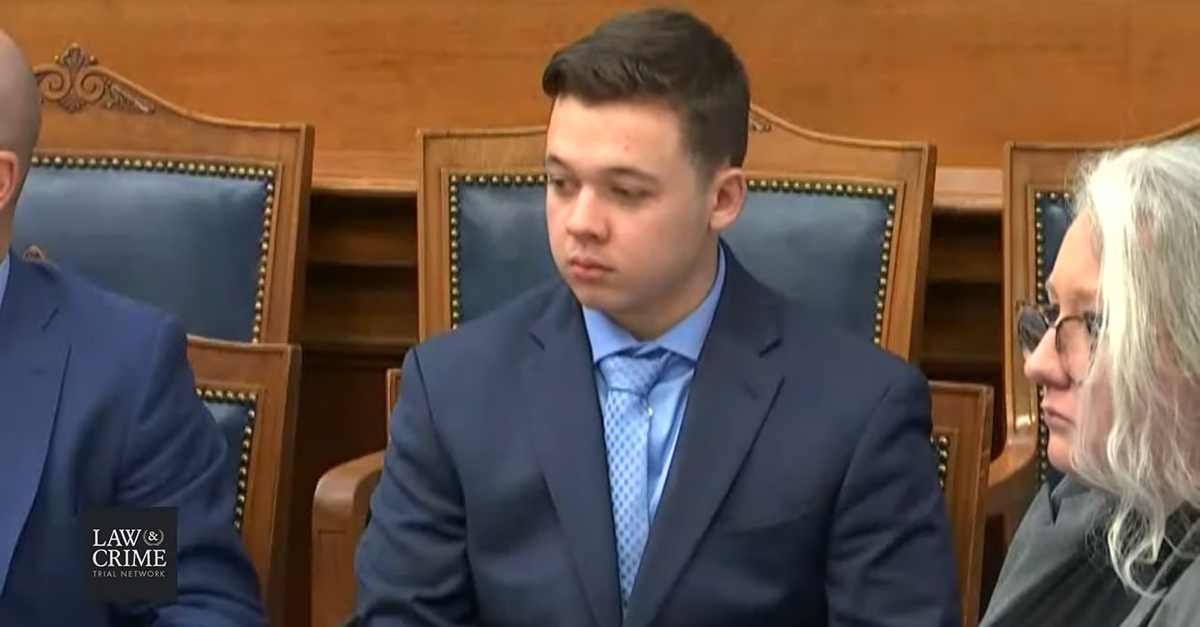 Attempting to undermine the heart of Kyle Rittenhouse’s self-defense claim, a prosecutor told a Wisconsin jury during closing arguments on Monday that the then-17-year-old provoked the confrontation that led to him killing two people and wounding a third. The prosecution maintained that Rittenhouse pointed his AR-15 rifle at Joseph Rosenbaum, the first person he shot.

Urging jurors to tune out the “noise” and political controversy, Kenosha County’s Assistant District Attorney Thomas Binger argued that Rittenhouse instigated the fatal encounter with the 36-year-old Rosenbaum by pointing his weapon at him.

“Under Wisconsin law, you’re not allowed to run around and point your gun at people,” Binger said. “This is the provocation. As you’ll see in a little bit, Mr. Rosenbaum doesn’t take kindly to people pointing guns. I don’t think anyone does.”

Rittenhouse is on trial for intentional homicide, reckless homicide and other charges after shooting three people on Aug. 25, 2020, during spiraling protests after a Kenosha police officer shot Jacob Blake. Though Rittenhouse said he wanted to protect private property, Binger cast doubt upon Rittenhouse’s stated good intentions. Rittenhouse did not live in Kenosha, and he spent the evening lying about being an EMT, the prosecutor said. Seen at the local business Car Source, the teen had no link to the premises and even the owners did not protect it, Binger said. Rittenhouse was not there to support Black Lives Matter or Jacob Blake that night, the prosecutor also said.

Rittenhouse testified that Rosenbaum ambushed him, leaving him with no choice but to stop and shoot because he had nowhere else to run.

The prosecutor dismissed this stance, saying that Rittenhouse consciously put down a fire extinguisher and opened fire. Binger said that Rittenhouse was the person who instigated the fatal confrontation, chose to run toward the parked cars on that lot, and slowed down.

“He didn’t have to shoot,” Binger said. “He’s the one who chose where to run. He chose to run in between those parked cars. He slows down as he gets there.”

Emphasizing that Rittenhouse was the only person to kill anyone during the protests, Binger told jurors that property damage did not justify taking a life. The prosecutor said that Rittenhouse invalidated any claim to self-defense once he put down a fire extinguisher and pointed his gun at Rosenbaum.

“You cannot claim self-defense against a danger that you create,” Binger said. “That’s critical.”

Rosenbaum was not in arm’s reach when Rittenhouse first shot, the prosecutor said.

Rittenhouse fired four shots in quick succession. The first one hit Rosenbaum in the pelvis, “incapacitating” him, Binger said.

“He is helpless,” Binger said of Rosenbaum. “He is vulnerable.”

What threat Rosenbaum might have posed was over, but Rittenhouse fired three other shots, with the “kill shot” entering Rosenbaum’s back, the prosecutor said.

To the extent that Rosenbaum’s hand ever got close to the gun, it was inadvertent, Binger argued.

The defense has said that Rosenbaum was actually belligerent and threatening before he was shot. One witness testified that Rosenbaum said to Rittenhouse, “You know, if I catch any of you guys alone tonight, I’m going to fucking kill you.” The prosecution said that this alleged threat was not caught on video.

Binger also downplayed a nearby shot fired by Joseph Ziminski (Binger told jurors Ziminski was charged in a separate arson case and that the same district attorney’s office is prosecuting the matter). Binger said Ziminski was a “red herring,” and that contrary to the defense’s argument, Rittenhouse testified that this shot did not play into his decision to shoot Rosenbaum.

Court recessed for lunch before Binger’s argument turned to the death of Anthony Huber, 26, and the wounding of Gaige Grosskreutz, a 27-year-old paramedic who was shot in the bicep when he approached Rittenhouse while armed with a Glock.