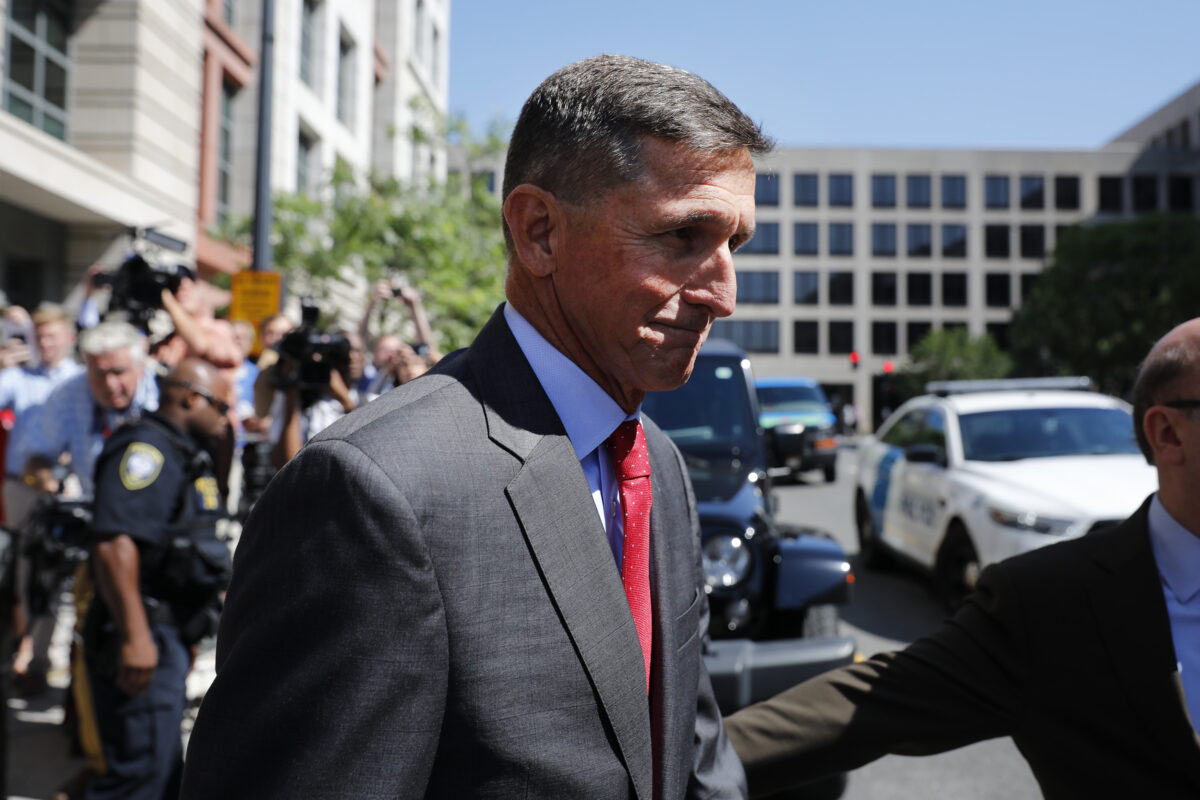 Attorneys for Michael Flynn on Monday asked a federal appeals court to reject U.S. District Judge Emmet Sullivan’s request for the court’s full slate of judges to rehear his case against the immediate dismissal of the criminal case against the former national security advisor.

In a 29-page filing in the U.S. Circuit Court of Appeals for the District of Columbia, Flynn’s lead defense attorney Sidney Powell accused Sullivan of attempting to “hijack” the case, arguing the judge has no standing to petition the circuit court for a rehearing of a mandamus order and claiming that allowing him to do so would be “unconstitutional.”

“No federal circuit has countenanced rehearing of a mandamus on petition by a district judge,” Powell wrote. “Judge Sullivan has no cognizable interest in the case. Rehearing should be denied because the panel properly applied the longstanding use of mandamus to which General Flynn is clearly entitled ‘to confine an inferior court to a lawful exercise of its prescribed jurisdiction or to compel it to exercise its authority when it is its duty to do so.’”

The unusual litigation began after the Justice Department suddenly decided to drop the case against Flynn despite the retired lieutenant general having twice pleaded guilty to lying to the FBI. Following the DOJ’s remarkable reversal, Judge Sullivan did not immediately concede the issue. Instead, citing language from the Federal Rules of Criminal Procedure requiring “leave of court” to dismiss a case at such a late stage, he appointed a former federal judge as amicus curiae to present arguments as to why the court should not grant the DOJ’s motion.

After Flynn’s legal team petitioned the D.C. Circuit for an emergency writ of mandamus, the appellate panel returned a controversial 2-1 ruling in Flynn’s favor. The decision, penned by Trump-appointed judge Neomi Rao, reasoned that the scope of Rule 48’s “leave of court” requirement is not applicable where both the prosecution and the defendant agree on the motion in question, and ordered Sullivan to dismiss the case.

Sullivan challenged the ruling. Earlier this month, the circuit court responded by halting the three-judge panel’s order to dismiss the case.

Powell argued that Rao’s reasoning in the highly criticized initial ruling was in line with federal rules and past precedent.

“The district court exceeded its constitutional authority by appointing amicus to work against General Flynn after the parties agreed to dismissal. The Constitution and all precedent applying or analyzing Fed. R. Crim. P. 48(a) mandate dismissal on the robust substantive motion of the government—every case,” Powell wrote.

“Judge Sullivan’s stubborn disagreement with the Government’s decision to dismiss the case does not confer the right to contest it himself or through his amicus. His actions smack of vindictive animus against General Flynn and judicial overreach that have no place in America’s justice system. No precedent even suggests a ‘hearing’ on a substantial government motion to dismiss. Not one.”

Critics of the circuit panel’s initial decision have said that allowing it to stand would severely curtail the judicial branch’s ability to ensure criminal prosecutions are not abandoned by the DOJ for corrupt purposes. The circuit court also invited the DOJ to submit a separate document defending its position in the case.

Flynn Opposition to Rehearing en Banc by Law&Crime on Scribd