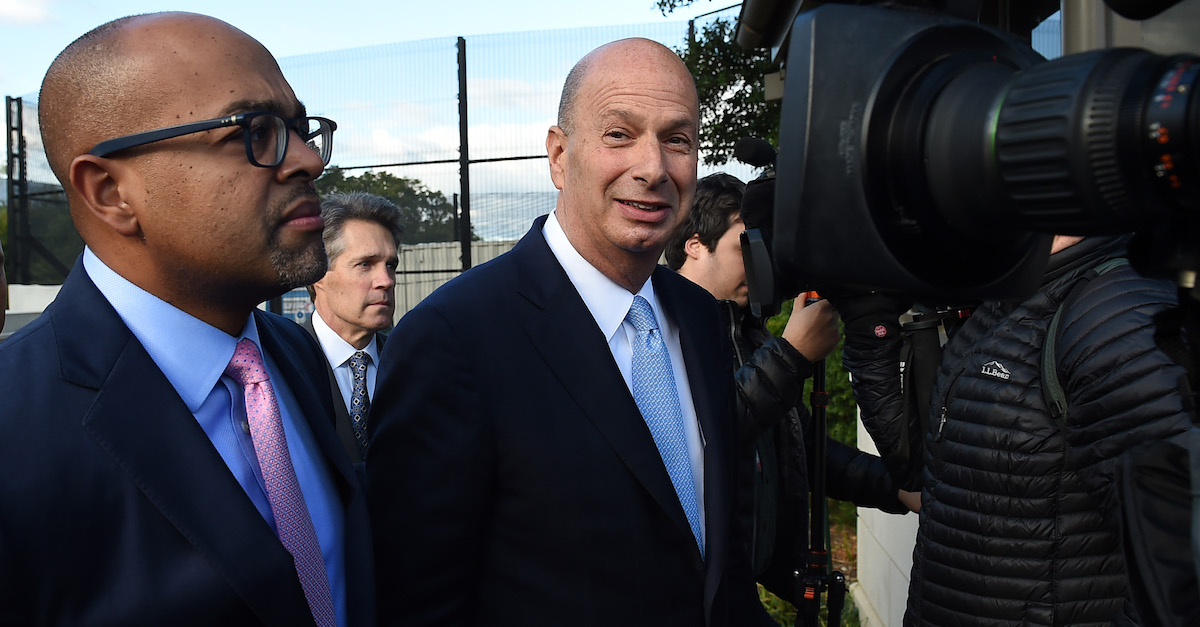 A former U.S. Ambassador to the European Union who became a key impeachment witness recounted entering into a simple agreement with then-Secretary of State Mike Pompeo once the former president’s Ukrainian scandal emerged.

A hotelier who landed his tony diplomatic post after paying a $1 million donation to Donald Trump’s inaugural committee, Gordon Sondland had been perceived as an administration loyalist when the first impeachment just began to swirl. Sondland claims his deal with Pompeo called for the government to foot his legal bills as he prepared for blockbuster testimony before the House Permanent Select Committee on Intelligence. The closed-door testimony that preceded it, by all accounts, toed the administration’s line.

But then, Sondland says, something went awry: The then-ambassador testified honestly during the seven-hour public hearing, according to a $1.8 million federal lawsuit in the District of Columbia trying to recover his legal fees.

“For all his troubles, Ambassador Sondland learned that testifying truthfully and candidly before Congress as cameras roll was in fact a fireable offense in Pompeo’s Department of State,” Sondland’s lawyer Mark Barondess wrote in a 21-page complaint. “Plaintiff was terminated on February 7, 2020, simply for telling the truth.”

On Nov. 10, 2019, Sondland did not mince words when answering a question on everyone’s minds in Capitol Hill about Trump allegedly conditioning access to the White House on Ukrainian president Volodymyr Zelensky publicly announcing investigations into Hunter Biden’s former employer Burisma and the 2016 presidential election.

“I know that members of this committee have frequently framed these complicated issues in the form of a simple question: Was there a ‘quid pro quo?’” Sondland told Congress at the time. “As I testified previously, with regard to the requested White House call and White House meeting, the answer is yes.”

Electrifying Washington, Sondland’s testimony backed up key parts of the Democrats’ impeachment narrative of a Trumpian “bribery” and “extortion” scheme using U.S. foreign policy favors and military assistance. But the former ambassador says it also complicated the deal he made with Pompeo.

“After Pompeo learned what Ambassador Sondland’s testimony was before Congress during the 2019 Impeachment inquiry—words that were entirely candid and truthful (but uncomfortable to the Trump administration)—Pompeo reneged on his promise,” the complaint states.

Suing both Pompeo and the U.S. government, Sondland claims that he should be reimbursed whether or not the former secretary of state had the authority to enter the agreement.

“If Pompeo did not have the authority to bind the Government, Pompeo went rogue and acted outside the course and scope of his employment and duties, making a promise in his personal capacity that was not the kind of act he was employed to perform, and not motivated by a desire to serve as the leader of the Department of State,” the complaint states. “Instead, it was self-serving, made entirely for personal reasons for his own political survival in the hopes that Ambassador Sondland would not implicate him or others by his testimony.”

The House Impeachment Report went on to cite Sondland’s name more than 600 times. In both of his impeachments, Trump was charged by a House of Representatives under Democratic control and acquitted at a Senate trial by his Republican loyalists.

In the first impeachment, only Sen. Mitt Romney of Utah defected from the GOP line.

The Justice Department did not immediately respond to an email requesting comment.