Police officers in Springfield, Massachusetts saved the life of a 3-month-old baby who had stopped breathing and whose skin was turning blue, harrowing body camera footage from April 20, 2021 shows. The Springfield Police Department released the footage last week, crediting Officers Josue Cruz, Luis Delgado and Francisco Luna for their swift response and life-saving work during an “incredibly stressful situation.” Springfield Police Commissioner Cheryl Clapprood said that even though she knows the video ends with a life saved, the video “still gives [her] goosebumps.” 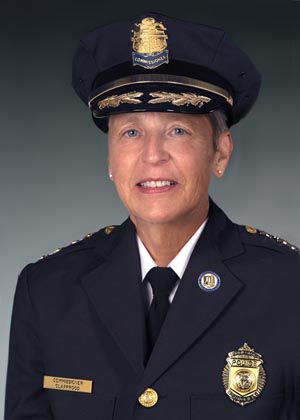 “Watching the video, even though I know the positive end result, still gives me goosebumps. These officers performed admirably in an incredibly stressful situation. I am so proud of them knowing that their actions helped prevent a tragedy,” Clapprood said in a statement.

Police responded to a residence an hour before noon on April 20 after receiving a 911 that an infant had stopped breathing. When officers got to the Mason Square-area home, they found the baby’s mother performing CPR. Police said in a news release that the infant was “motionless and his skin appeared to be blue in color.”

Officers Cruz, Delgado and Luna immediately performed CPR and gave the baby oxygen. The video shows Cruz performing chest compressions on the infant with his thumbs. About two minutes into the video, officers observed that the baby was breathing again. An officer who appeared to be Cruz repeatedly patted the baby on the back to get him to spit up. Then, at around the 3:30-mark of the video, the baby lets out a cry.

“There we go, okay buddy,” the officer says. “He’s responsive now. Yup, cry it out. There you go.”

The baby was  taken to a pediatric hospital in the area for further observation, but his mother reports he is doing well now.

The day after the officers saved the baby, the department posted a picture of Luna, Cruz, and Delgado together, praising the officers for preventing a “tragedy.”

One month later, the department released the video and noted that the baby’s mother, who was not named, met the officers who saved her son’s life on May 13. Springfield Mayor Domenic Sarno (D), who was also there for the meet-and-greet, said in a statement that he is “very happy that mom and baby are doing well.”

“[I]t was good to see them and see how healthy both were doing. Such a beautiful child and loving mother who have been through so much, I am so relieved that our brave and dedicated officers were able to respond in time and utilize their training to save the life of this precious child. Simply tremendous life-saving work by Officers Luna, Cruz, and Delgado – they were so calm, cool and collected. Sometimes people forget that our police officers are not only brave, compassionate, but also, sentinels of peace making for a better and healthier community,” he said. “God Bless and good health to both mom and child and Godspeed to these three Officers and all of our SPD.”