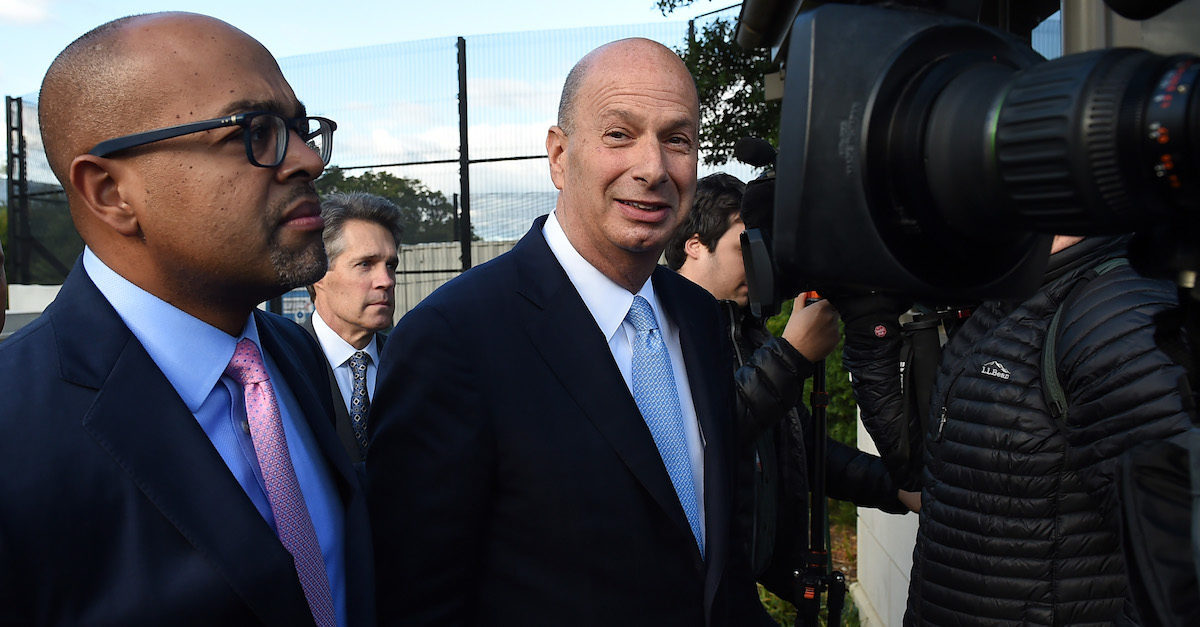 The much-anticipated public testimony of U.S. Ambassador to the European Union Gordon Sondland got off to a blockbuster start. The multi-millionaire hotelier Republicans hoped would be a star witness began by confirming a quid pro quo deal and throwing President Donald Trump and the State Department under the bus – all before the cameras even started rolling.

Instead of providing grounds to rebut the accusations of improper conduct by the administration, Sondland’s opening statement explicitly confirmed many of the nefarious details testified to by previous witnesses and provided little for the president’s defenders to rely on going forward.

Sondland corroborated that he acted at the “express direction” of President Trump to work with Rudy Giuliani to secure a public statement from Ukraine about investigations into Burisma (the Bidens) and the CrowdStrike conspiracy theory. Sondland also confirmed that a controversial phone with Trump, which was overheard by David Holmes and others, did happen.

“I’ve read the Sondland Testimony, and boy is it devastating to Trump,” former acting U.S. Solicitor General and Supreme Court litigator Neal Katyal said of Sondland’s opening. “It is the nail in the coffin on Trump’s claims that his phone call with Ukraine was perfect and that there was no quid pro quo.”

While the substance of Sondland’s opening statement was a problem for the administration, Katyal said Sondland’s testimony was also significant for what it did not address.

“Sondland omits everything about that highly scripted September [9] set of text messages with Ambassador [William] Taylor saying there was no quid pro quo. That was the exchange Trump pointed to earlier to try to exonerate him, but media later reported Sondland & Taylor were texting every few minutes, then all of sudden Sondland stopped, spoke [with] Trump on the phone, and then hours later sent a  ‘no quid pro quo message,’” Katyal noted. “What will Sondland say about that?” Sondland has said that the “no quid pro quo” message was dictated by the president and may not have been truthful.

Sondland described the president as “very cranky” that day.

"He seemed very cranky," Sondland said of Trump on Sept. 9.

“Either way, Trump defense has entirely collapsed.  It’s clear he committed a grave impeachable offense, even according to his own witnesses,” Katyal said, adding, “there is no choice but to impeach and remove him.”