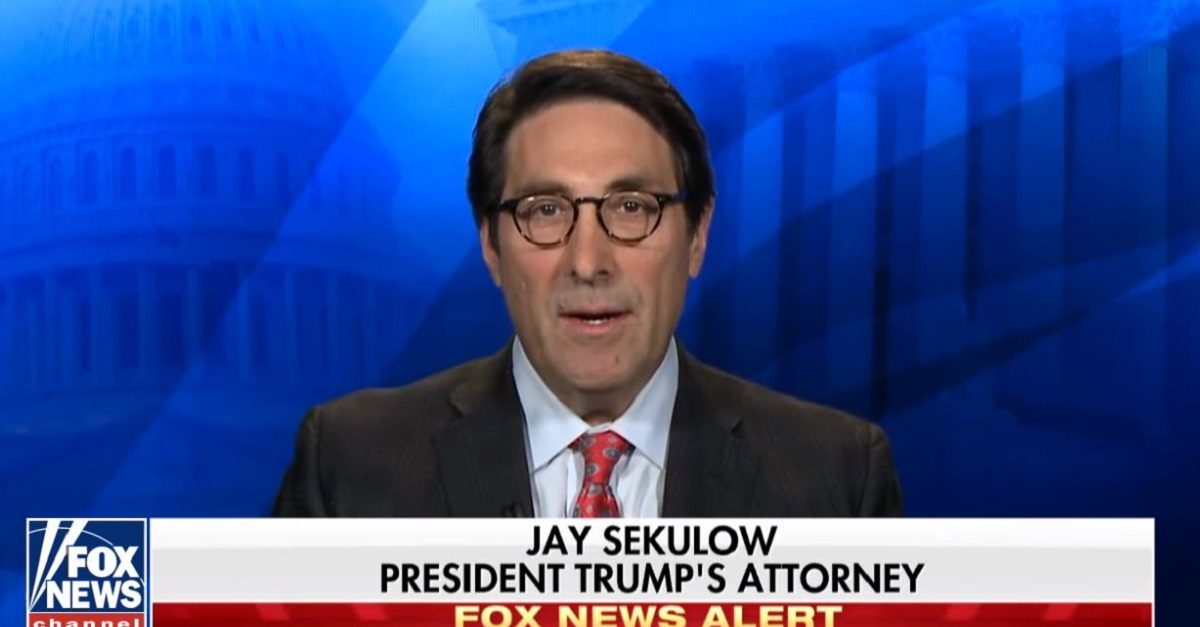 The House Intelligence Committee is reportedly investigating lawyers tied to President Donald Trump and his family for their role in possibly obstructing the panel’s inquiry into Russian election interference.

According to The New York Times, a series of previously undisclosed letters from the panel’s chairman show that the panel is looking into the actions of four lawyers – Jay Sekulow, Alan Garten, Alan S. Futerfas, and Abbe D. Lowell, all of whom took part in a joint defense agreement to provide coordinated responses to questions from Congress and the Justice Department during the Russia probe.

The investigation is predicated on Michael D. Cohen’s congressional testimony from early March where he stated that President Trump’s personal lawyers were directly involved in editing the statement he had previously given to congress. Those statements ultimately resulted in his conviction for lying to congress.

The Times was able to obtain a letter sent to the four lawyers on May 3 by House Intelligence Committee chairman Rep. Adam B. Schiff (D-Calif.)

“Among other things, it appears that your clients may have reviewed, shaped and edited the false statement that Cohen submitted to the committee, including causing the omission of material facts,” Schiff wrote. “In addition, certain of your clients may have engaged in discussions about potential pardons in an effort to deter one or more witnesses from cooperating with authorized investigations.”

Cohen’s original incriminating statement involved the timing of the Trump Organization’s negotiations with Russia for a Trump Tower in Moscow. Cohen originally testified that the Trump Organization had stopped pursuing the potential deal five months earlier than it actually had, and falsely claimed that he never discussed traveling with Trump to Russia in connection with the project.

According to the Mueller report, Cohen testified to the special counsel that Sekulow told him that the details surrounding his efforts to setup a meeting between Trump and Russian President Vladimir Putin were irrelevant and should not be included in Cohen’s statement to Congress.

In a Tuesday statement on behalf of all four lawyers, Sekulow’s attorney Patrick Strawbridge, derided Schiff’s inquiry as a “needless dispute”, and contended that the information being sought “would force them to violate [attorney-client privilege] and ethical rules.”

The statement from the lawyers also declared their belief that the inquiry “appears to be far afield from any proper legislative purpose.” This is the same assertion that President Trump’s lawyers contend proscribes congress from subpoenaing his personal financial records, arguing that such action falls outside the scope of Congress’ constitutionally mandated investigative powers.