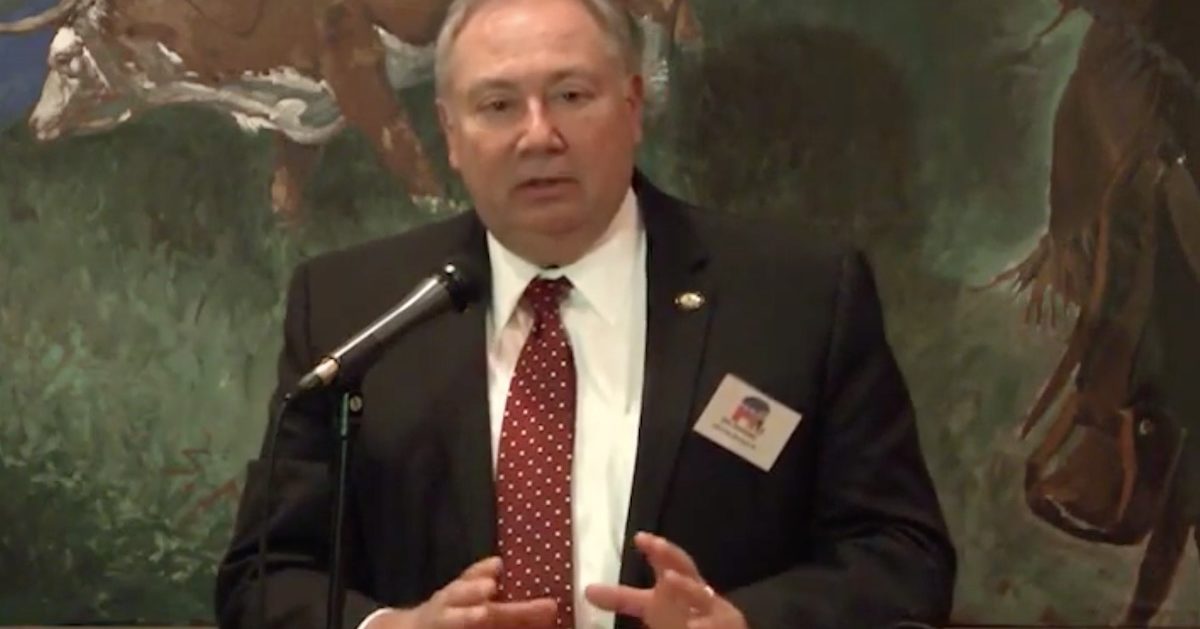 A Johnson County District Court judge on Tuesday dismissed a Republican State Senator’s defamation lawsuit against The Kansas City Star, citing a public speech law that the senator voted for.

Judge Paul Gurney ruled in favor of the newspaper, saying that there was “clearly a missing element” in State Sen. Majority Leader Jim Denning’s (R- Overland Park) lawsuit, namely the demonstration of actual malice on the part of the Star. The requirement for public officials to prove actual malice on the part of a publication was enshrined into law in the landmark Supreme Court case New York Times v. Sullivan. But Denning also voted in favor of Kansas’s public speech protection act in April 2016. That law went into effect on July 1 of the same year.

The purpose of the law, in the law’s own words:

The purpose of the public speech protection act is to encourage and safeguard the constitutional rights of a person to petition, and speak freely and associate freely, in connection with a public issue or issue of public interest to the maximum extent permitted by law while, at the same time, protecting the rights of a person to file meritorious lawsuits for demonstrable injury.

This law is classified as an “anti-SLAPP act.” Here’s what that means:

Strategic lawsuits against public participation (“SLAPP”) are a class of lawsuits used to silence criticism by burdening critics with the cost of a legal defense. In SLAPP actions, one party uses the legal system to disparage critics, whistleblowers, or activists from exercising their constitutional right to free speech. Generally, SLAPP actions are filed by entities or individuals with deep pockets, such as businesses, government officials, and other associations. SLAPP claims work by exploiting the economic reality of litigation costs. Often times, the goal of a SLAPP lawsuit has nothing to do with winning the lawsuit. Instead, SLAPP actions seek to stifle free speech by draining the financial resources of a person who is making damaging statements, to the point that the person abandons their oppositional speech. In fact, some SLAPP actions are entirely meritless and frivolous.

Denning decided to sue the paper over a January column by freelance columnist Steve Rose, who was working as an independent contractor for the outlet at the time. Rose penned a column about Denning’s opposition to Medicaid expansion with the headline “Why hasn’t Kansas expanded Medicaid? This GOP leader has a long list of excuses.” It was this article that Denning claimed defamed him.

Attorneys for the Star, in their successful motion to strike the lawsuit, provided examples of Denning opposing Medicaid expansion. 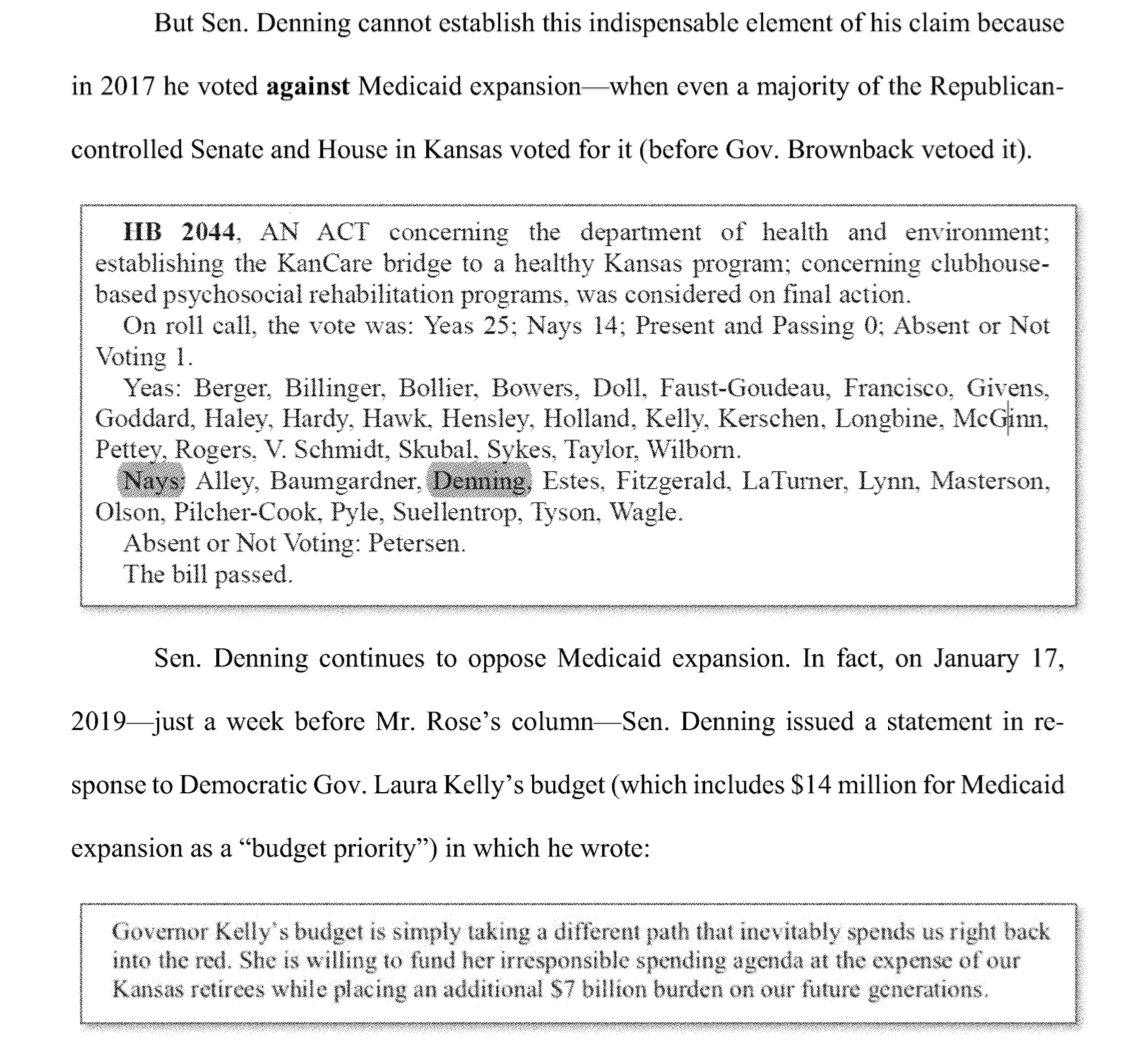 After the judge decided to dismiss the lawsuit, Denning tweeted his disappointment.

The lawsuit has forced the Star to publicly admit the comments made in the Rose article were false. With the evidence presented to the public, I believe I have proven my case. (2/2) #ksleg

While Denning said the Star was forced to admit the “comments made in the Rose article were false,” the news outlet said it was forced to do no such thing. VP and editorial page editor Colleen McCain Nelson admitted that Rose did do something that didn’t meet her publication’s standards. She also supported the substance of Rose’s reporting.

“Steve Rose’s failure to disclose the timeline for his conversation with the senator did not meet The Star’s standards,” McCain Nelson said. “But based on Rose’s track record and Denning’s very public opposition to Medicaid expansion, we believe the reporting was accurate.”

Interestingly enough, Denning has said publicly that he has plans to get a Medicaid expansion bill in front of the State Senate by Jan. 2020.