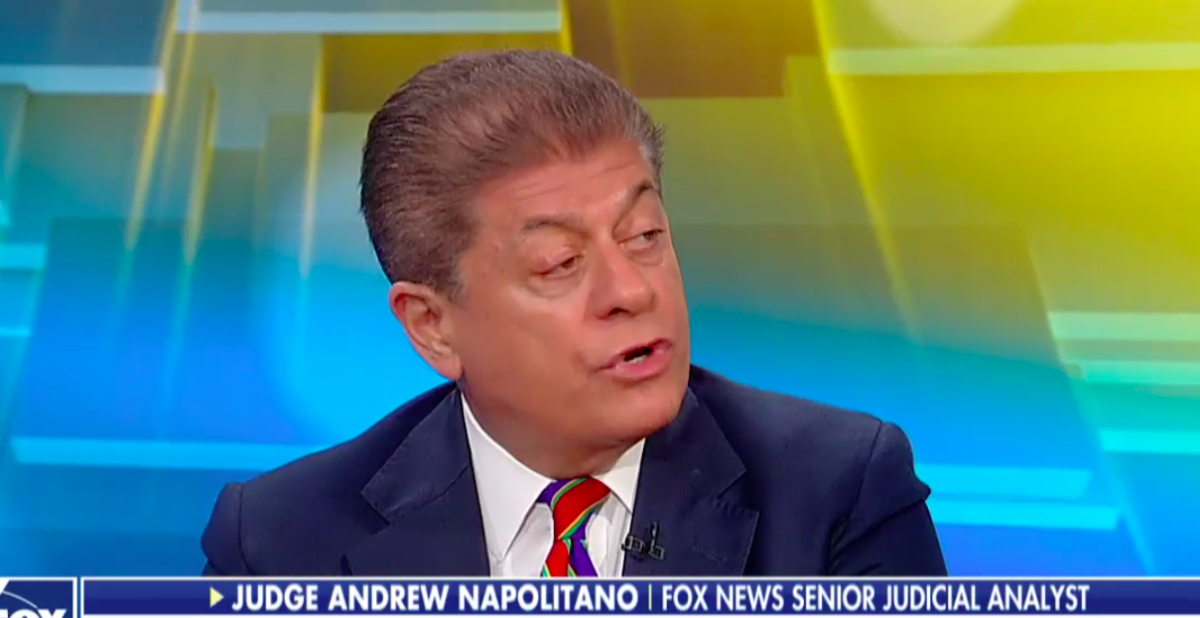 Fox News Senior Judicial Analyst Andrew Napolitano on Wednesday wrote in an op-ed that President Donald Trump asking Ukrainian President Volodymr Zelensky to investigate Joe Biden and his son Hunter Biden is exactly the kind of behavior that impeachment was designed to combat. Napolitano, at one point in his op-ed, even accused the president of blowing a “dog whistle to the deranged” with one of his most controversial recent tweets.

The former New Jersey Superior Court judge said that Trump has engaged in criminal behavior of late that pales in comparison to was detailed in the Mueller Report (which Napolitano previously said constituted criminal obstruction of justice). In a non-exhaustive list, Napolitano pointed to Trump asking Zelensky to help dig up “dirt on former Vice President Joe Biden.” He also mentioned Trump holding up military aid to Ukraine that his own cabinet “unanimously asked him to release.”

But Napolitano seemed most troubled by Trump publicly accusing the whistleblower — who has followed the law — of committing treason:

Trump has also admitted to accusing the as-yet publicly unnamed whistleblower of treason, and suggesting that the whistleblower and those who have helped him are spies and ought to be treated as spies were in “the old days” (Trump’s phrase) – that is, by hanging.

The president’s allusions to violence are palpably dangerous. They will give cover to crazies who crave violence, as other intemperate words of his have done. His words have already produced offers of “bounties” in return for outing and finding the whistleblower.

Napolitano took further issue with Trump’s promotion of the idea that a civil war might break out if he is impeached.

….If the Democrats are successful in removing the President from office (which they will never be), it will cause a Civil War like fracture in this Nation from which our Country will never heal.” Pastor Robert Jeffress, @FoxNews

“Trump also suggested that his impeachment would produce a second American Civil War,” Napolitano wrote. “This language is a dog whistle to the deranged.”