Mike Pence Is Now Tweeting, Deleting, and Tweeting News Stories About Himself Calling for an Investigation of the Bidens 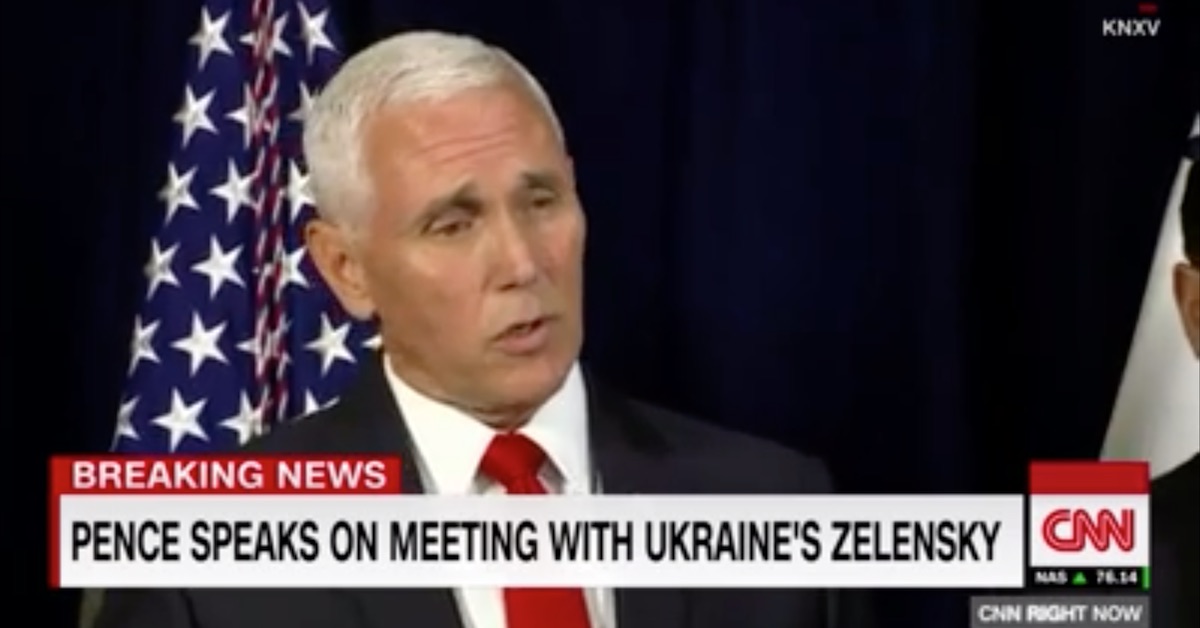 Vice President Mike Pence went to bat for President Donald Trump on Thursday, then he went to bat for himself. In case you missed it, Pence told the press earlier in the day that the Trump-Ukraine July 25 phone call raised issues that were “appropriate” and that were of “genuine interest” to the American people.

“The American people have the right to know whether or not the vice president of the United States or his family profited from his position,” Pence said. In case you weren’t sure who he was talking about, it was Joe Biden and Hunter Biden.

Pence made these comments after it was reported that an aide of his listened in on the phone call that sparked a whistleblower complaint and sparked Speaker of the House Nancy Pelosi (D-Calif.) to back an impeachment inquiry against the president. During that call, President Trump asked Ukraine President Volodymyr Zelensky to investigate the Bidens.

Pence, on Thursday afternoon, tweeted out a link to a Reuters article without comment. The headline? “Pence says Biden, son should be investigated for Ukraine dealings.”

As the above-referenced Reuters article shows, Pence said that he believes when you’re the vice president of the United States you have to be “above the appearance of impropriety.”

“When you hold the second highest office in the land it comes with unique responsibilities – not just to be above impropriety, but to be above the appearance of impropriety, and clearly in this case there are legitimate questions that ought to be asked,” Pence said.

Pence hadn’t really commented up to now about the ongoing Ukraine controversy, but it appears he’s all-in. For some reason, though, the tweet from Pence’s @VP account was deleted.

Pence previously shared this link from his official @VP account but it was deleted from there without explanation https://t.co/scDwBsF8Au 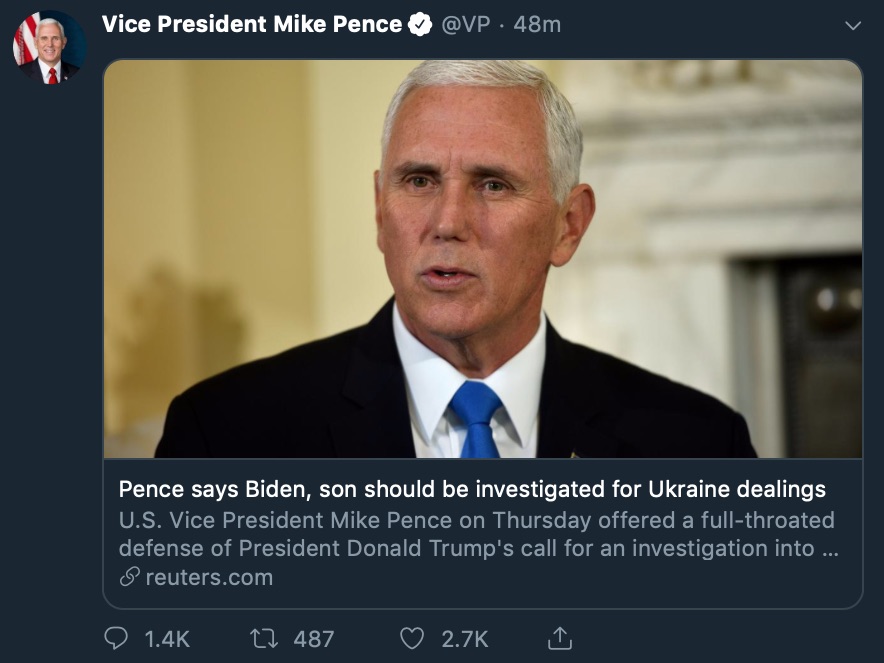