Sally Yates: Trump Believing He Has ‘Absolute Right’ to Election Interference Is ‘Even More Dangerous’ Than Him Lying 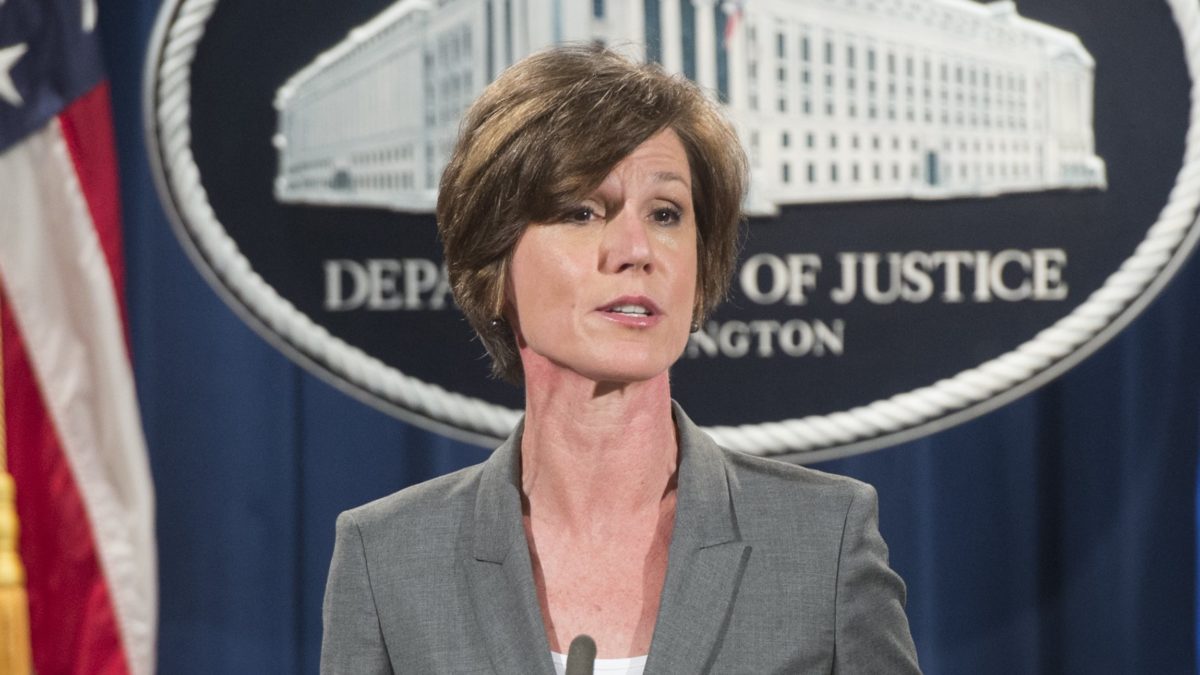 Yates, who does not typically engage in political spats or personal attacks, characterized Trump’s delusory attempts to portray his conduct as a legitimate facet of a diplomatic anti-corruption effort was a farce.

“After being caught secretly strong arming Ukraine, POTUS is trying to hypnotize the American people into believing  it can’t be wrong if he says it out loud,” she tweeted.

She then went a step further, suggesting that while Trump’s persistent lies presented a clear danger to American democracy, that threat would be amplified if he actually believed his own justifications.

“And if he actually thinks he has the ‘absolute right’ to sic foreign powers on political rivals, he’s even more dangerous,” Yates warned.

Yates was referring to Trump’s claim that his behavior was a lawful and appropriate exercise of his “absolute right” as the president.

“As the President of the United States, I have an absolute right, perhaps even a duty, to investigate, or have investigated, CORRUPTION, and that would include asking, or suggesting, other Countries to help us out!,” Trump tweeted Thursday.

Yates served as Trump’s acting attorney general for ten days in 2017.  She was fired after she prohibited the Justice Department from defending the administration’s Muslim ban in court.  Yates contended that the executive order was unconstitutional.

This was not the first time Trump has declared his “absolute right” to engage in controversial behavior. He’s previously invoked the phrase to assert that he can pardon himself, offer pardons to administration officials that break the law at his request, and share confidential information of his choosing with Russian government officials.