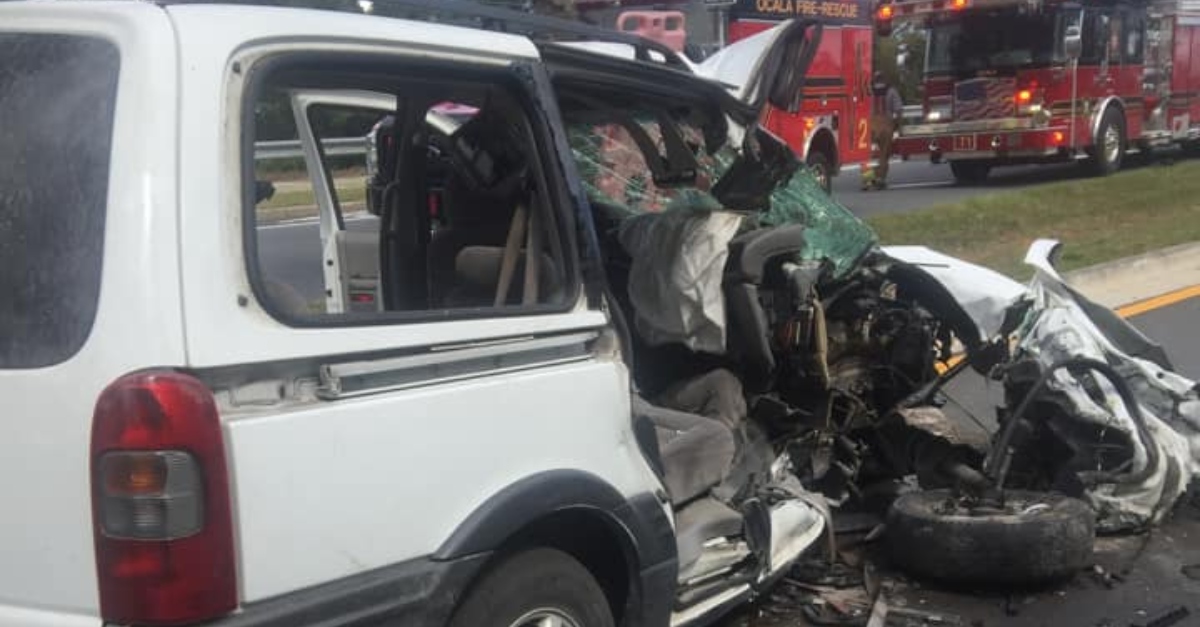 A woman has been charged with trying to kill her four children by crashing her minivan into a palm tree on purpose while they were in the vehicle. Calica Williams, 36, faces four courts of attempted murder, according to WESH.

Cops said that right before the crash, she told her kids to remove their seat belts and put their hands out.

“The devil can’t hurt you,” she allegedly said. “He only hurts bad people. You have the light of Jesus in you and only Jesus can cure us.”

They were all hospitalized.  One child was treated at Ocala Regional Medical Center; everyone else went to Shands Hospital. Authorities plan to put the mother in the Marion County Jail once she’s out of the hospital. (A jail official told Law&Crime the mother’s name does not show up in their records as of Friday afternoon.)

Records don’t indicate an attorney is yet representing the mother. The alleged victims’ precise condition reportedly remains unclear. Nonetheless, they spoke to police, according to The Gainesville Sun. The kids were described as ranging from 6 and 13 years of age. A daughter told police about the “devil can’t hurt you” detail, cops said.

An investigator noted that Williams appeared “agitated” after the crash. She allegedly claimed that her husband caused the crash by placing a “hex” on her. The defendant also discussed voodoo and spells, cops said. She allegedly said the crash happened because she had been followed by “a lot” of individuals in vehicles. Williams said she was attempting to read their license plate numbers; however, when she looked up she saw the palm tree, officers said.