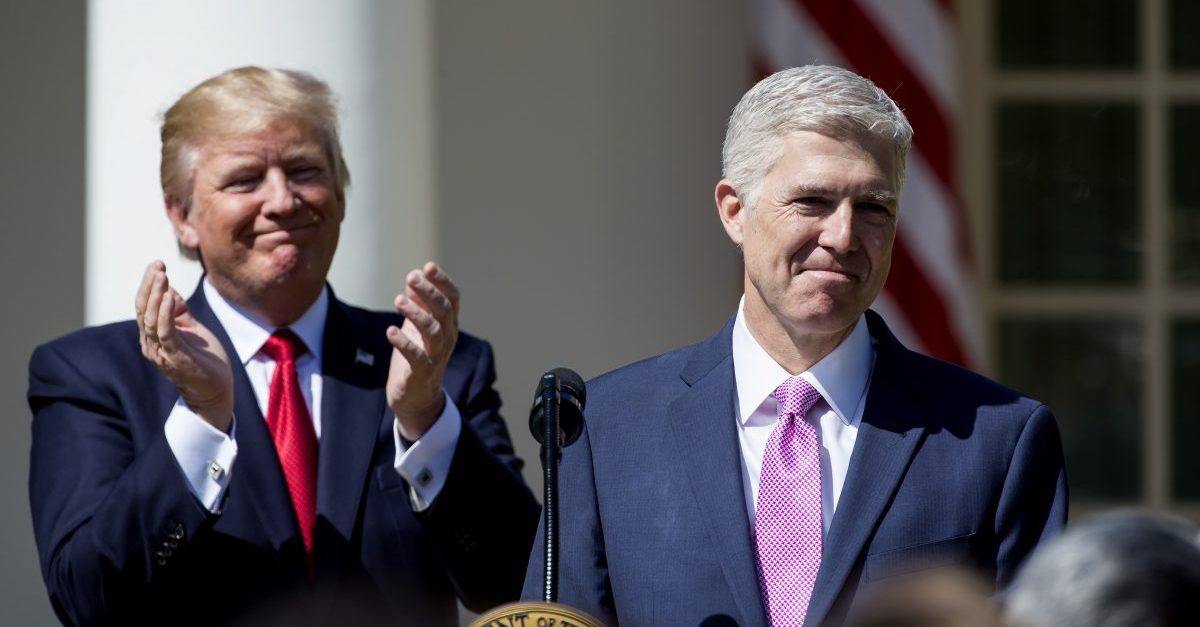 The Department of Justice (DOJ) Division of Civil Rights determined that anti-discrimination policies enshrined under Title IX of the Education Amendment of 1972 provide legal protection for gay and transgender students, reversing the Trump-era interpretation of the law. In doing so, DOJ relied heavily on a Supreme Court opinion penned by Donald Trump appointee Neil Gorsuch.

In a three-page memo dated March 26, Deputy Attorney General Pamela S. Karlan said that the department used the same reasoning put forth by Gorsuch in his landmark Bostock v. Clayton County opinion. Prior to joining the Biden administration’s DOJ, Karlan was the co-director of the Stanford Supreme Court Litigation Clinic and actually argued the Bostock case before the high court. Karlan is also remembered for serving as an expert witness for Democrats during Trump’s first impeachment.

In Bostock, the court held that under Title VII of the Civil Rights Act of 1964, the prohibition on discriminating against individuals because of “sex” also extended to sexual orientation and transgender status.

“Today, we must decide whether an employer can fire someone simply for being homosexual or transgender,” Gorsuch wrote in the opening paragraph of the opinion. “The answer is clear. An employer who fires an individual for being homosexual or transgender fires that person for traits or actions it would not have questioned in members of a different sex. Sex plays a necessary and undisguisable role in the decision, exactly what Title VII forbids.”

Karlan, saying the department also studied contrary opinions before issuing its opinion, noted that the Civil Rights Division “ultimately found nothing persuasive in the statutory text, legislative history, or caselaw to justify a departure from Bostock’s textual analysis and the Supreme Court’s longstanding directive to interpret Title IX’s text broadly.”

The DOJ’s position continues President Joe Biden’s efforts to separate himself from his predecessor and his policies. Just before leaving office in January, Trump’s Department of Education released an internal memo declaring that “sex” in Title IX only referred to biological sex.

RELATED: Pentagon Reverses Trump’s Ban of Transgender People from Serving in the Military

“[B]ased on controlling authorities, we must give effect to the ordinary public meaning at the time of enactment and construe the term ‘sex’ in Title IX to mean biological sex, male or female,” the memo from department principal deputy general counsel Reed D. Rubinstein said. “Congress has the authority to rewrite Title IX and redefine its terms at any time. To date, however, Congress has chosen not to do so.”

In one of Biden’s first moves following his inauguration, he vowed to “prevent and combat discrimination on the basis of gender identity or sexual orientation.” He also rescinded the Trump administration’s memo on Title IX enforcement.