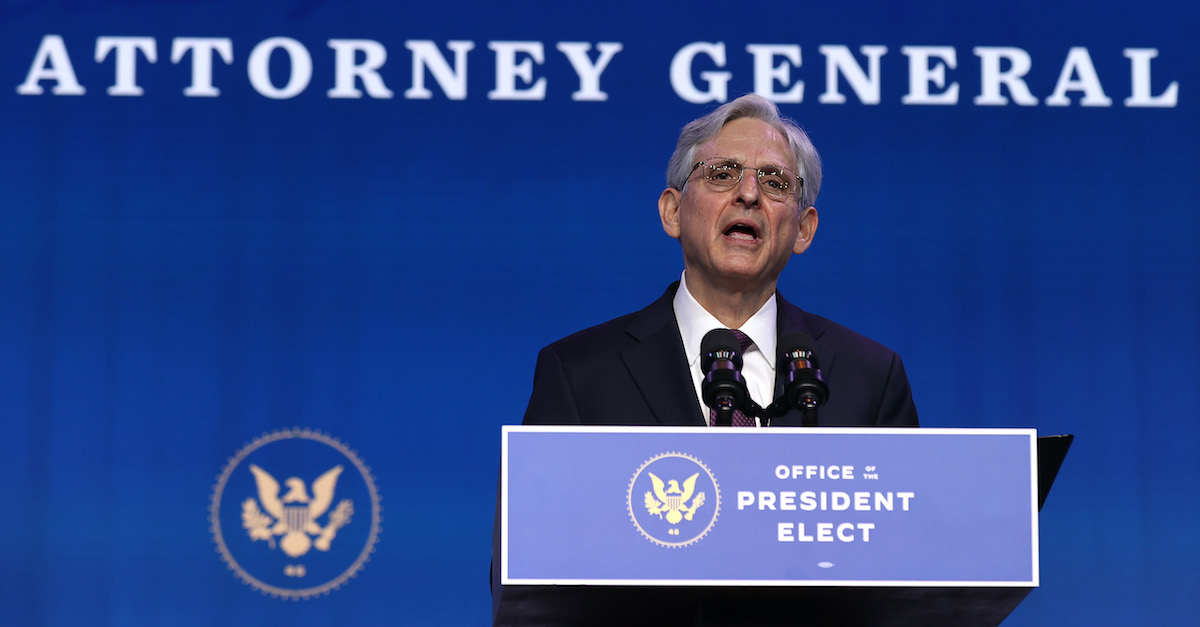 The U.S. Department of Justice on Thursday filed court documents to support two separate lawsuits filed by the American Civil Liberties Union (ACLU) which argue that recently passed anti-transgender laws in West Virginia and Arkansas violate the Equal Protection Clause of the U.S. Constitution. The Statement of Interest filings represent the Biden administration’s most forceful legal statements thus far against the record number of anti-transgender laws that has been passed by GOP-controlled states this year.

In West Virginia, the DOJ said that House Bill 3293, which bans transgender athletes at public schools from competing in female sports at the middle school, high school, and collegiate level, violates both the Equal Protection Clause and  Title IX of the Education Amendment of 1972.

The case stemmed from a complaint filed by the parents of transgender girl who said their daughter was unlawfully prohibited from trying out for the school’s cross-country track team because of the measure.

“The State claims that H.B. 3293 will protect athletic opportunities for girls,” the filing stated. “Neither the facts nor the law supports that assertion. To be sure, there remain significant barriers to providing full equity in athletics for female students. But by permitting participation by transgender girls, who make up ‘approximately on half of one percent’ of the United States’ population, is not one of them.”

The Justice Department asserted that the girl’s parents were likely to succeed on the merits of the case because the law was discriminatory on its face.

“H.B. 3293 violates Title IX by effectively prohibiting, solely on the basis of sex, a certain subset of students—girls who are transgender—from participating in athletic programs offered by recipients of federal financial assistance,” said the filing.

The DOJ said the measure also violates the Equal Protection Clause because the state cannot justify the law under “heightened scrutiny,” the legal threshold for evaluating discrimination claims under the 14th Amendment.

“West Virginia cannot demonstrate that prohibiting a handful of transgender student athletes from playing on athletic teams consistent with their gender identity is substantially related to any important government interest,” the DOJ stated.

The filing aligned with a memo put out by the DOJ’s Division of Civil Rights Division in April, which concluded that transgender students were covered by Title IX.

The Republican-controlled state legislature in early April overrode a veto from Gov. Asa Hutchinson (R) to pass HB1570, also known as the Arkansas Save Adolescents From Experimentation Act (SAFE Act). Under the measure, physicians and other healthcare professionals are legally prohibited from performing any gender transition procedures or providing any drug treatments that include hormone therapy or puberty blockers to persons under the age of 18. Doctors are also barred from referring minor patients to other healthcare providers for such treatments.

“Prohibiting medically necessary care in the manner proscribed by Act 626 amounts to intentional discrimination against transgender minors on the basis of sex,” the filing stated.

The department cited to Justice Neil Gorsuch’s landmark Bostock v. Clayton County opinion to argue that “one cannot ‘discriminate against a person for being . . . transgender without discriminating against that individual based on sex.’”

Read both statements of interest below.