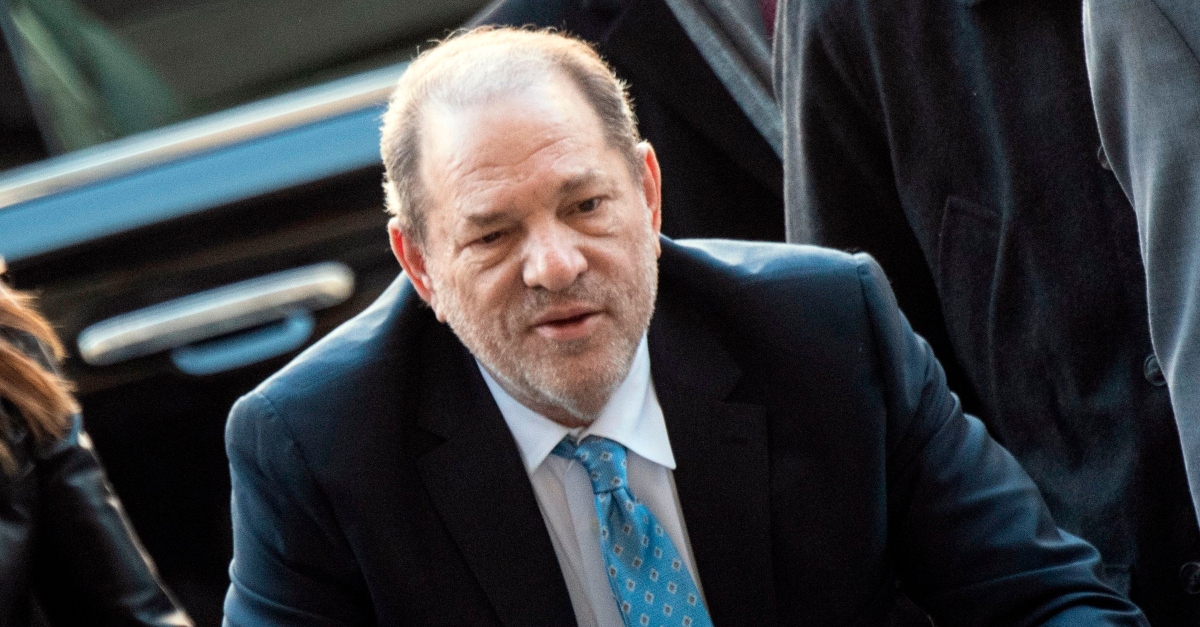 Attorney Charles Harder says former client and convicted rapist Harvey Weinstein owes him unpaid legal fees. He filed a petition with a Los Angeles County Superior Court on Wednesday, asking for a judge to confirm an arbitration award of $179,743.67, according to The Hollywood Reporter. The arbitration was awarded back on October 13.

Harder had been representing Weinstein in the lead up to a monumental 2017 story from The New York Times, which revealed that movie mogul Weinstein reached eight settlements with women who alleged misconduct. The attorney, best known for a lawsuit that resulted in the bankruptcy of Gawker and for his representation of President Donald Trump, followed up with a legal threat to the Times.

“The New York Times published today a story that is saturated with false and defamatory statements about Harvey Weinstein,” Harder told Law&Crime at the time. “It relies on mostly hearsay accounts and a faulty report, apparently stolen from an employee personnel file, which has been debunked by 9 different eyewitnesses. We sent the Times the facts and evidence, but they ignored it and rushed to publish. We are preparing the lawsuit now. All proceeds will be donated to women’s organizations.”

That lawsuit never happened (a Law&Crime analysis at the time suggested the hypothetical complaint would have been a losing effort). Harder left Weinstein mere days after the bombshell Times report.

A spokesperson for Weinstein did not immediately respond to a Law&Crime request for comment. The convicted rapist’s money has reportedly been tied up in legal problems, including a somewhat recent divorce.

A lot has changed since the month of October 2017. Dozens of women stepped forward, saying the movie mogul used his influence to engage in sexual misconduct up to and including rape. Weinstein was convicted and sentenced to 23 years in New York for sexual assault of former production assistant Mimi Haleyi, and the rape of former actress Jessica Mann. His defense maintained these were consensual encounters. Weinstein faces similar, pending charges out in Los Angeles.