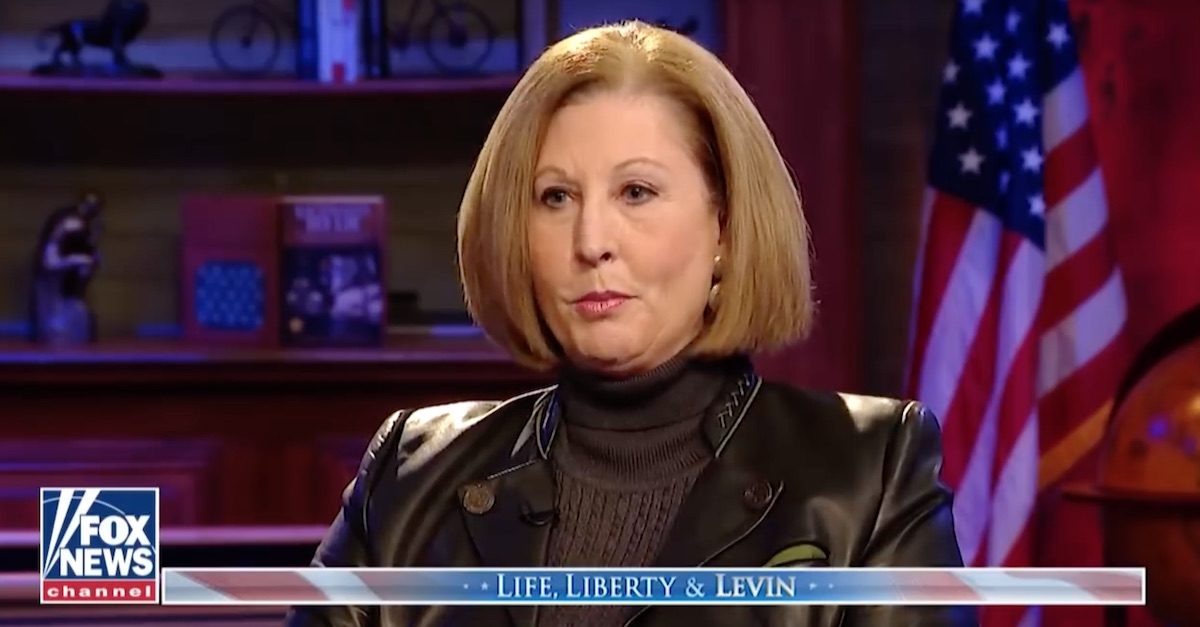 The widely derided conspiracy theories of outgoing President Donald Trump and the attorneys aligned within him have had real-world consequences, Dominion Voting Systems said in a Thanksgiving press release cataloguing stalking, harassment and death threats employees have received.

Dominion said it has reported threats to law enforcement and plans to hold attorney Sidney Powell personally responsible if any of the company’s staff is harmed.

“This criminal activity has been duly reported to the appropriate law enforcement agencies, and we intend to hold Ms. Powell, and those aiding and abetting her fraudulent actions, accountable for any harm that may occur as a result,” Dominion wrote in an unsigned statement.

The Trump campaign distanced itself from Powell just eight days after the president praised her on Twitter. Reportedly too unhinged even for a legal team led by Rudy Giuliani—who had hair dye streaming down his face at a press conference—Powell has bandied about multiple iterations of a lawsuit challenging the now-certified results of Georgia’s presidential election. The first and seemingly very rough version was riddled with errors, starting with the caption, which twice misspelled the Northern District of Georgia as “DISTRICCT” and “DISTRCOICT.” A second and better-proofread one has been uploaded on the internet, and it remains unclear which version was filed. (Powell also filed a case in Michigan.)

Typos were the least of the complaint’s problems, rehashing near-hallucinogenic claims somehow roping in dead Venezuelan strongman Hugo Chavez in an elaborate plot to tip the election in President-elect Joe Biden’s favor.

Calling Powell’s allegations “bizarre” and “baseless,” Dominion affirmed that it never operated in Venezuela—though other election companies have.

Dominion said that the Powell alleges a conspiracy that is “baseless, senseless, physically impossible, and unsupported by any evidence whatsoever”—and is, indeed, contradicted by the handcounts and audits now conducted by election workers in Georgia multiple times.

“Every vote from a Dominion device in Georgia is documented on an auditable paper trail and creates a verifiable paper ballot available for hand-counting,” the company noted. “In fact, the Georgia handcounts, independent audits, and machine tests have all repeatedly affirmed that the machine counts were accurate.”

The FBI’s field office in Denver, where Dominion has its U.S. headquarters, declined to comment, citing Department of Justice policy against disclosing the existence or non-existence of an investigation. The Denver Police Department did not respond to a request for comment.

The Northern District of Georgia, where Powell said she would be filing her lawsuit, is the same jurisdiction where a Trump-appointed judge torched other pro-Trump election claims made by QAnon-slogan-spouting lawyer Lin Wood.