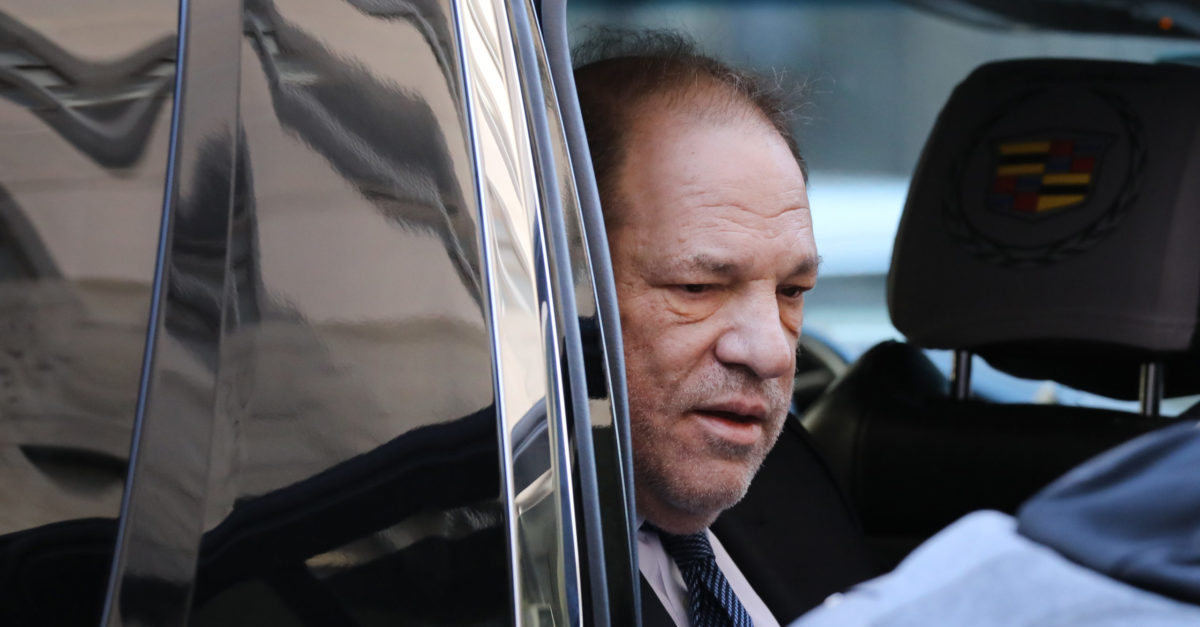 The new charges are three felony counts of forcible rape, and three of forcible oral copulation.

This is the second time LA prosecutors added at least one charge to Weinstein’s case. He was originally accused of sexually assaulting two women in separate attacks in 2013, prosecutors said. In one he account, he raped a woman after pushing his way inside her room. Authorities added another sexual assault case for an alleged incident at a Beverly Hills hotel in 2010.

“I am thankful to the first women who reported these crimes and whose courage have given strength to others to come forward,” Los Angeles County District Attorney Jackie Lacey said in a statement. “The willingness of these latest victims to testify against a powerful man gives us the additional evidence we need to build a compelling criminal case.”

Weinstein was sentenced on March 11 to 23 years in prison for the sexual assault of production assistant Mimi Haleyi, and the third-degree rape of former actress Jessica Mann in Manhattan. Spokespeople and attorneys for Weinstein denied allegations against him. They maintained that the encounters were consensual, and that he was a flawed person who cheated on his now-former wife Georgina Chapman.

Dozens of women, including high-profile actresses, have stepped forward to say that the defendant, a powerful and influential movie producer, used his resources to commit sexual misconduct up to and including rape.

The New York trial was the first time any of the stories were adjudicated in criminal court. Now Los Angeles prosecutors are working convict him.

“Harvey Weinstein has always maintained that every one of his physical encounters throughout his entire life have been consensual,” spokesman Juda Engelmayer told Law&Crime in an email. “That hasn’t changed. At this moment we cannot comment on the additional charges until we learn more about them.”