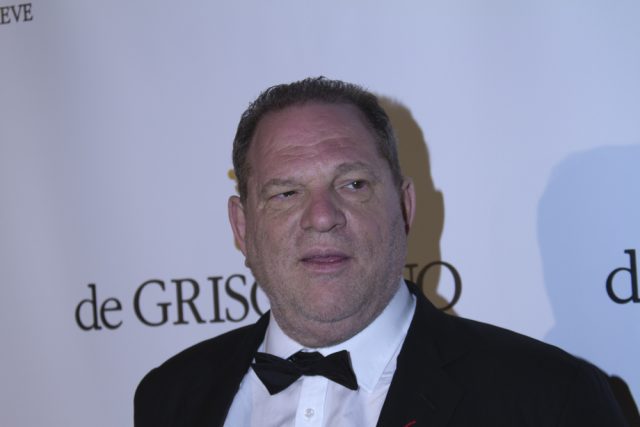 Harvey Weinstein has been revealed to be a man of voracious appetites–allegedly of the sexual harassment variety.

The New York Times broke the story earlier today. LawNewz followed up with multiple stories in the aftermath of those allegations. One story outlined Weinstein’s travails over the years; another highlighted the apparent hypocrisy of his pseudo-feminist defense attorney Lisa Bloom–breaking the news of professional connections between Bloom and Weinstein which might explain her hypocrisy.

In response, Weinstein has said he plans to begin receiving therapy–without specifying what exactly the therapy is aimed at alleviating.

The New York Times published today a story that is saturated with false and defamatory statements about Harvey Weinstein. It relies on mostly hearsay accounts and a faulty report, apparently stolen from an employee personnel file, which has been debunked by 9 different eyewitnesses. We sent the Times the facts and evidence, but they ignored it and rushed to publish. We are preparing the lawsuit now. All proceeds will be donated to women’s organizations.

This piece explains why that lawsuit doesn’t stand a whelk’s chance in a supernova of going well for Mr. Weinstein. Truth is he probably will never file it or if he does it will get dropped quickly.

New York State defamation law requires four elements–all of which must be satisfied in order to sustain a finding of libel (written defamation by print or published online) against a defendant. Those elements are: (1) a false statement; (2) published to a third party without privilege or authorization; (3) with fault amounting to at least negligence; (4) that caused special harm or defamation per se.

Here, Weinstein would have to prove the statements published by the New York Times were actually false. Discussion of such issues would be heavily fact-dependent (i.e. the statements in question can only be explored once they’re actually put into the lawsuit itself), however, so we’ll go ahead and assume at least one statement was false. This is only for the purposes of argument, though, and as we’ll see, almost certainly not enough for Weinstein to win a case against the Times. We can also go ahead and gift Weinstein the second element because the New York Times clearly published their statements to a third party–that’s what the New York Times is in the business of doing.

Where Weinstein’s potential lawsuit runs into fatal trouble is the finding of fault. Defamatory fault standards in New York State (as in all states) are raised when the plaintiff is a public figure because public figures are public and thus, in a putative democracy, they subject themselves to public attention and comment–even ridicule and scorn. When a plaintiff in a defamation suit is a public figure and the allegedly defamatory statements relate to a matter of public concern, the plaintiff must show that the defendant acted with actual malice that is, with knowledge that the statement was false or with reckless disregard of whether it was false or not

Harvey Weinstein, a Hollywood mogul who frequently makes public pronouncements on social issues and has been portrayed by an actor himself in HBO‘s Entourage (where his fictional persona is named “Harvey Weingard“), clearly satisfies the public figure standard. There is simply no reasonable argument that Weinstein is in any way a private figure. The allegedly defamatory statements also very clearly relate to a matter of public concern. Sexual harassment generally and the exploitation of women in particular is a time-tested social issue in the United States. It’s unlikely Weinstein’s attorneys will even contest this area of the law.

The actual malice standard does not rely upon what a reasonable person would have done or investigated prior to publication. Essentially, Weinstein will have to provide clear and convincing evidence showing that the New York Times–at both the editing and reporting levels–had knowledge their report on Weinstein’s sexual harassment history was incorrect or that the individual reporter(s) and editor(s) in charge of the story published the report with grave and expressed doubts of their own.

It’s typically not sufficient for a plaintiff to show that a publishing defendant knew the report was denied, that the defendant relied on a biased source, or that a defendant relied on a single source. The origin of the Times’ source, referred to by Harder as,”apparently stolen from an employee personnel file,” would be immaterial to an exploration of actual malice here.

Thus, Weinstein has his work cut out for him. Since elucidated upon by the Supreme Court in New York Times Co. v. Sullivan (a defamation case the New York Times won in 1964) only a handful of defamation lawsuits have found the presence of actual malice in the United States. In other words, Harvey Weinstein’s better off betting in favor of the aforementioned whelk.