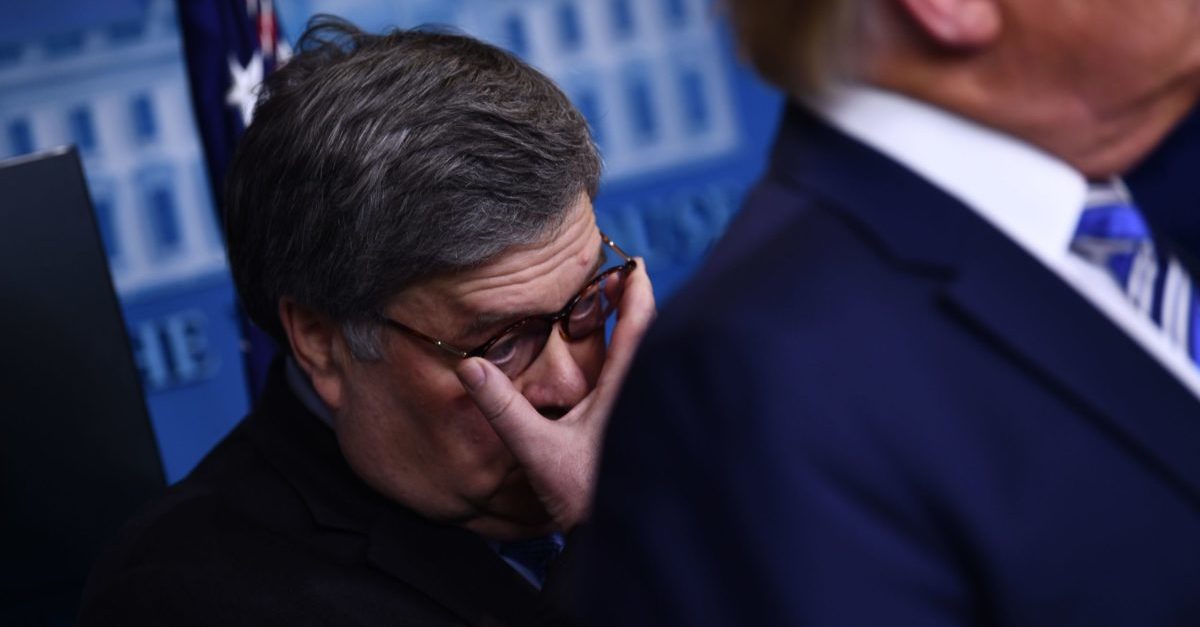 Rep. Adam Schiff (D-Calif.), the Chairman of the House Permanent Select Committee on Intelligence, and Rep. Jerrold Nadler (D-N.Y.), the Chairman of the House Judiciary Committee, on Monday called for an investigation into Attorney General William Barr stemming from comments Barr made during a Fox News interview about former Intelligence Community Inspector General (ICIG) Michael Atkinson.

“In a televised interview on April 9, 2020, Mr. Barr blatantly mischaracterized Mr. Atkinson’s conduct and DOJ’s own actions relating to the complaint filed last summer by an Intelligence Community whistleblower,” the lawmakers wrote in a letter to the Department of Justice’s (DOJ) Acting Director of the Office of Professional Responsibility Jeffrey Ragsdale and DOJ Inspector General Michael Horowitz. Per the letter:

“The complaint detailed President [Donald] Trump’s efforts to coerce Ukraine to announce a politically-motivated investigation of his rival in the 2020 presidential election.  Mr. Barr’s remarks followed the President’s admission on April 4 that he fired Mr. Atkinson in retaliation for Mr. Atkinson’s handling—in accordance with the law—of the whistleblower complaint.  The House of Representatives’ investigation independently confirmed the whistleblower’s account of the President’s abuse of power, for which the President was subsequently impeached.  Mr. Barr’s misleading remarks appear to have been aimed at justifying the President’s retaliatory decision to fire Mr. Atkinson.”

During the Fox News interview, Barr said Trump “did the right thing” in firing Atkinson.

“From the vantage point of the Department of Justice, [Atkinson] had interpreted his statute, which is a fairly narrow statute, that gave him jurisdiction over wrongdoing by intelligence people and tried to turn it in to a commission to explore anything in the government and immediately reported to Congress without letting the Executive Branch look at it and determine whether there was any problem,” Barr told host Laura Ingraham.

He also said Atkinson was told he should have sent the Ukraine whistleblower complaint to the executive branch before telling Congress about its existence, a directive Barr claimed “he ignored.”

As previously reported by Law&Crime, after being terminated, Atkinson himself released a statement claiming he was fired for “faithfully discharging my legal obligations as an independent and impartial inspector general,” and was supported by several high-ranking Trump administration officials, including Horowitz.

“Contrary to Mr. Barr’s false assertion that Mr. Atkinson ‘ignored’ DOJ’s legal guidance, Mr. Atkinson explicitly acknowledged being bound by OLC’s opinion, while strongly disagreeing with it,” the lawmakers wrote. “The role of Attorney General Barr and other senior DOJ officials, in coordination with the White House, in attempting to prevent the whistleblower complaint from reaching Congress—as required by law—warrants your attention.”