GOP Lawmaker: Idaho Governor’s Designation of Businesses as Non-Essential Is ‘No Different Than Nazi Germany’ 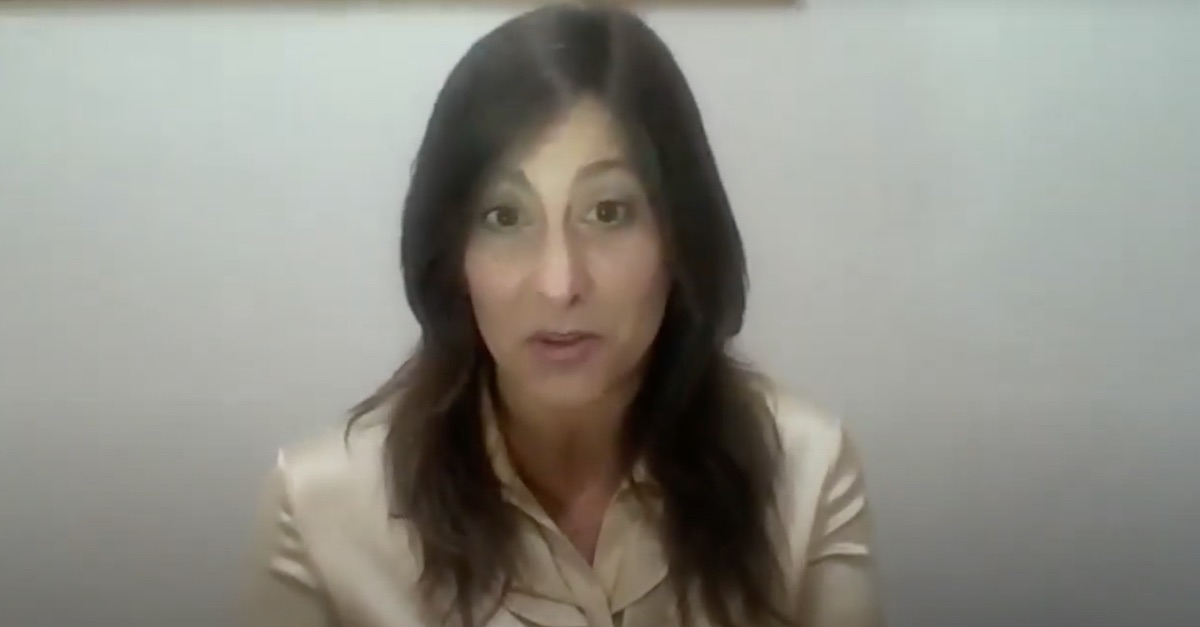 A Republican state lawmaker in Idaho who referred to Republican Gov. Brad Little as “Little Hitler” in a recent interview said designations of some businesses as non-essential was “no different than Nazi Germany” putting non-essential workers on a train to concentration camps.

State Rep. Heather Scott had some thoughts on the pandemic and the government response to it. She offered a rambling and non-specific answer when pushing back on the governor’s authority, particularly when it came to designating businesses essential and non-essential.

Scott said such a designation was no different from Nazi Germany putting Jewish people on trains and sending them to concentration camps (listen around the 12-minute mark below).

“Some of the order was actually violating the Constitution. So when, when you—I don’t have the sheet in front of me, I had it up earlier for an interview—but I can go down through the Constitution on all the violations,” Scott said. “You cannot have, um, you can’t have any elected official whether it’s a mayor or a governor interfere with your right to assembly—um, peaceably assembly. You can’t have—it’s illegal, it’s illegal. An elected official does not have the authority to tell you your business is essential or non-essential. I think that’s the one that made me start putting pen to paper.”

“I’m not a lawyer,” Scott noted, “but I checked with a constitutional lawyer and absolutely he cannot, he cannot do that … he has no authority—the Constitution does not give him the authority to erase the Constitution. You just can’t do it.”

“When I dug into it, it’s like he can’t do that,” she said later. “I’m really good at doing newsletters to educate my citizens across the state. I put out a lot of newsletters.”

“Unless citizens hold [Little] accountable, he can get away with anything,” Scott added.

Law&Crime previously analyzed the extent of gubernatorial authority during a public health crisis such as the coronavirus pandemic. That analysis came in response to Democratic New Jersey Gov. Phil Murphy’s failure to competently respond to Tucker Carlson’s questions on Fox News about the source of his authority.

Carlson asked how Murphy had restricted the very thing that Scott said could not be restricted—namely, peaceable assembly. Spoiler alert: elected officials can put such restrictions in place, but they can also fail to do so properly.

As to essential workers, those classifications emanate generally from a list issued by the Department of Homeland Security which in turn is rooted in the term “critical infrastructure” contained within the United States Code.  Critical infrastructure is defined legally as “systems and assets, whether physical or virtual, so vital to the United States that the incapacity or destruction of such systems and assets would have a debilitating impact on security, national economic security, national public health or safety, or any combination of those matters.” Put simply, critical infrastructure cannot operate without essential workers, and many states cite directly to the Homeland Security list to define who is and is not essential.

You can watch the hour-long interview of Scott on the Jess Fields Show below: