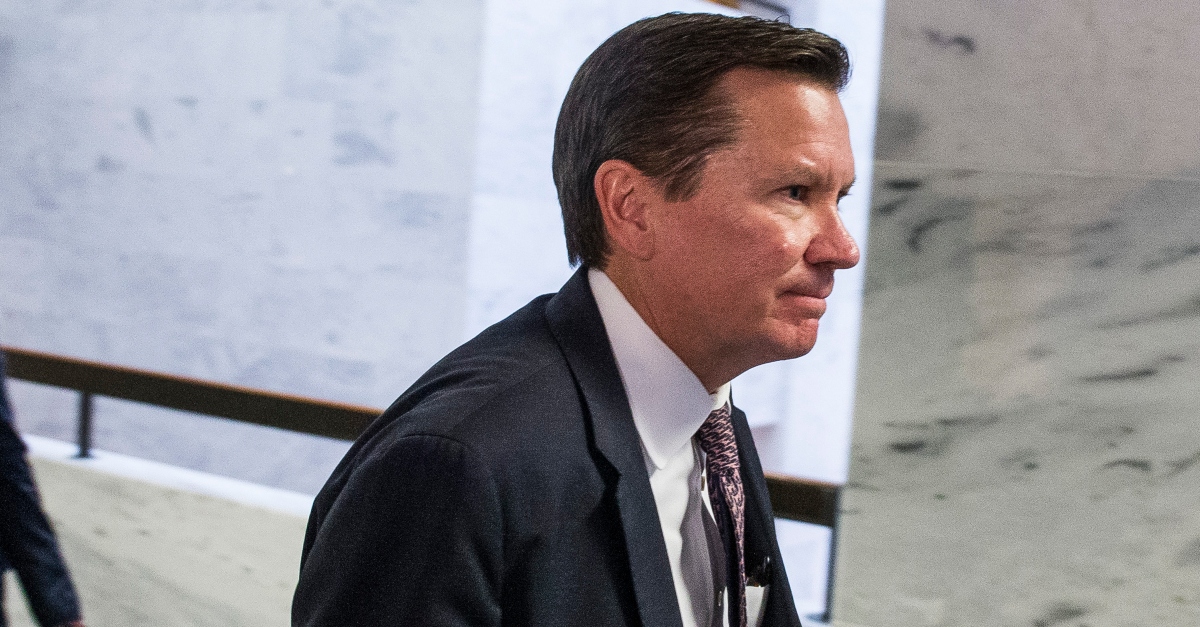 Former intelligence community inspector general Michael Atkinson has now commented on being fired by President Donald Trump, and his statement includes a jab at the POTUS.

“It is hard not to think that the President’s loss of confidence in me derives from my having faithfully discharged my legal obligations as an independent and impartial inspector General, and from my commitment to continue to do so,” he said in a statement sent to reporters Sunday night.

Former IC IG Atkinson issues a remarkable statement on his removal from office by Trump.

“It is hard not to think that the President’s loss of confidence in me derived from my having faithfully discharged my legal obligations as an independent and impartial Inspector General” pic.twitter.com/r2ZGYJ5KDJ

“With regard to the Ukrainian whistleblower matter, I am grateful to the many individuals who spoke publicly in support of the ICIG’s action in administering the Whistleblower’s disclosure,” he wrote.

That’s striking enough, but if there was anything more “remarkable,” it’s that Michael Horowitz, Inspector General for the Department of Justice, stood up for his former intel counterpart on Saturday.

Trump reportedly wanted to fire Atkinson (his own nominee) for months for determining that the Ukraine whistleblower’s complaint looked credible and telling Congress about it. The president got rid of him on Friday. In a letter announcing the termination, Trump asserted that he no longer had full confidence in the IG.

“I thought he did a terrible job,” Trump said in a press conference Saturday. “Absolutely terrible.”

Many critics construed the decision as retaliation for handling the complaint that led to Trump’s impeachment.

Trump’s dead of night decision to fire ICIG Michael Atkinson is another blatant attempt to gut the independence of the Intelligence Community and retaliate against those who dare to expose presidential wrongdoing.

It puts our country and national security at even greater risk. pic.twitter.com/Pnm7chdIkl

Trump “took a break from his colossal, historical incompetence late last night to remind us that he’s a criminal determined to cover up his crimes,” wrote prolific critic and conservative attorney George Conway.