‘Baby Holly’ Found Alive 40-Plus Years After Parents’ Murders; Texas AG Reveals She Was Left at a Church by Barefoot Members of ‘Nomadic Religious Group’ Clad in White Robes 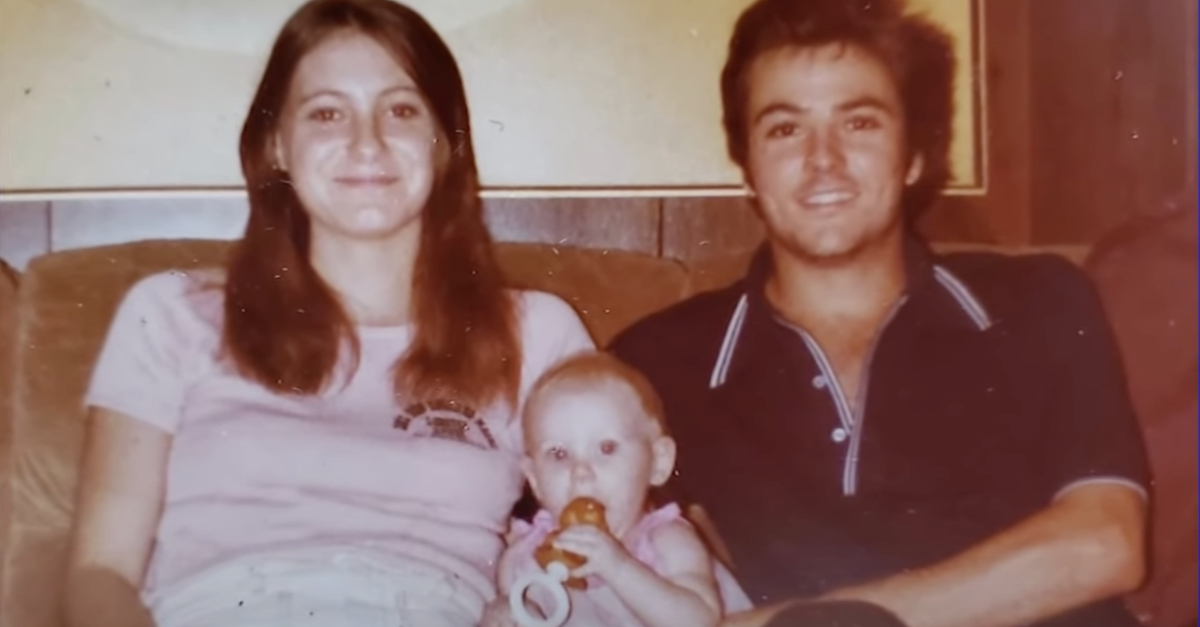 The missing child of a slain Florida couple who was dropped off at a church by a “nomadic religious group” has been found alive more than 40 years after her mother and father were murdered in Texas.

A now-42-year-old Holly Marie Clouse, whose whereabouts had been a mystery since her parents were found dead in Houston in 1981, was located in Oklahoma, state authorities announced.

According to Texas Attorney General Ken Paxton (R), the deceased bodies of a male and female victim were found in a wooded area on Jan. 12, 1981. Authorities reportedly discovered the remains after a dog that was loose in the area returned home carrying a severed human arm in his mouth.

An autopsy determined that the male victim was beaten to death while the female victim’s cause of death was strangulation. But for years authorities were unable to positively identify the two homicide victims.

It wasn’t until last year, when the AG Office’s newly formed Cold Case and Missing Persons Unit teamed with Identifinders International, a California-based company that aids law enforcement through forensic genetic genealogy, that the bodies were identified as Tina Gail Linn Clouse and Harold Dean Clouse Jr. The couple’s bodies had reportedly first been exhumed in 2011.

At the time of their deaths, Tina and Dean (as the AG’s office referred to him) had an infant daughter—known as “Baby Holly”—who was not found with her parents’ bodies. Despite decades of searching, the Linn and Clouse families said they hadn’t seen Baby Holly since late 1980.

When the families learned that Tina and Dean had been positively identified, they redoubled their efforts to search for Holly.

Paxton’s office confirmed that Holly had been located “alive and well” and had been informed as to the identities of her biological parents. She has also been in contact with her surviving extended family, some of whom she has already had the chance to meet.

“I am extremely proud of the exceptional work done by my office’s newly formed Cold Case and Missing Persons Unit,” AG Paxton said in a statement. “My office diligently worked across state lines to uncover the mystery surrounding Holly’s disappearance. We were successful in our efforts to locate her and reunite her with her biological family.”

According to a report from The Texas Observer, officials were able to identify Holly by unsealing confidential adoption records, though details about her adoption remain unknown.

First Assistant Attorney General Brent Webster provided additional details in the case on Wednesday in the hope that someone might come forward with information to help solve the double-homicide.

Baby Holly was left at a church in Arizona and was taken into their care before she was adopted, Webster said. He emphasized that “the family that raised Holly are not suspects in this case.”

“Two women who identified themselves as members of a nomadic religious group brought Holly to the church. They were wearing white robes and they were barefoot. They indicated the beliefs of their religion included the separation of male and female members, practicing vegetarian habits, and not using or wearing leather goods,” Webster continued.

The women allegedly said they had previously given up a baby, leaving the child at a laundromat.

Investigators believe that the group traveled around the southwestern United States in states like California, Arizona, and Texas in the early 80s.

In late December 1980 or early January 1981, a woman who identified herself as “Sister Susan” called the families of Tina and Dean and relayed a bizarre story regarding the couple’s whereabouts.

“She was calling from Los Angeles, California and wanted to return Tina and Dean’s car to their family. She further stated that Tina and Dean had joined their religious group and no longer wanted to have contact with their families,” Webster explained. “They were also giving up all of their possessions. Sister Susan asked for money in exchange for returning the car to Florida where the family lived.

The family said they met two to three women at the Daytona Racetrack in Florida. The women were robed and barefoot, appearing to be members of the same religious organization. The women were taken into custody, but investigators have yet to locate any record of a police report, which Webster said is not unusual given how long ago the arrest took place.

The vehicle, a burgundy two-door AMC Concord, was returned to the family.

“Finding Holly is a birthday present from heaven since we found her on Junior’s birthday. I prayed for more than 40 years for answers and the Lord has revealed some of it… we have found Holly,” Donna Casasanta, Holly’s biological grandmother, said in a statement.

Holly’s biological aunt said she believes that her sister Tina is “finally resting in peace knowing Holly is reuniting with her family.”

Although Tina and Dean’s bodies have been identified, the investigation into their deaths is still ongoing. Authorities urged any person with information relevant to the case to contact the Texas Attorney General’s Cold Case and Missing Persons Unit at [email protected]