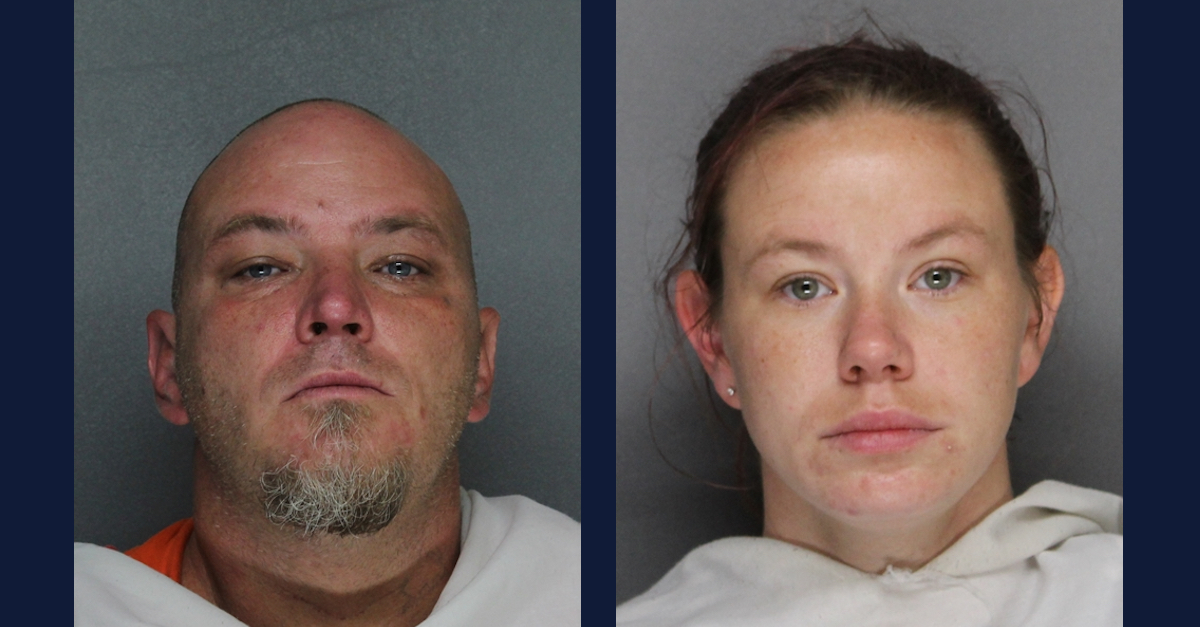 Two parents in Texas are now behind bars after being arrested and charged in connection with the death of their infant baby girl.

Shawn Edward Lankford, 43, and Heather Dijon Williams, 30, stand accused of murder over the child’s March 19, 2022 death, according to the Ellis County Sheriff’s Office and arrest records reviewed by Law&Crime.

In a press release, Ellis County Sheriff Brad Norman said that deputies arrived at the couple’s residence in Waxahachie, Texas in response to a call that a child was not breathing.

“Responding elements arrived on location and observed a female infant child being loaded into an ambulance,” the press release says. “Emergency medical personnel were performing CPR on the child.”

The girl was transported to Methodist Hospital in nearby Midlothian, Texas, but after “lengthy life-saving measures” the child was pronounced dead later that same morning, the ECSO said.

Investigators later followed up with “preliminary interviews” of both Lankford and Williams, the sheriff’s office said, without providing or indicating a timeline of when said interviews occurred.

The subsequent investigation into the child’s death was conducted by the ECSO’s Criminal Investigations Division. An autopsy on the girl, whose name has not been released, was requested by the lead investigator. The results of that inquiry by the Dallas County medical examiner’s office revealed the manner of death was “toxic effects of methamphetamine in an unsafe sleeping environment.”

According to Waco, Texas CBS affiliate KWTX, deputies said the baby died of an overdose after ingesting methamphetamine.

It is presently unclear exactly how the drug allegedly made its way into the child’s system.

Arrest warrants for murder were issued after the ECSO determined the child’s manner of death, the agency said. Lankford and Williams were both arrested on June 7. Both defendants are currently being detained in the Wayne McCollum Detention Center. Their bond has been set at $1 million.

Law&Crime reached out to the sheriff’s office for additional information on the case. The ECSO public information officer declined to provide more than the press release but suggested that an open records request could be filed.

Parents across the United States are increasingly being charged with homicide after their children have died from apparent methamphetamine-related overdoses – a small subset of deaths associated with the country’s ongoing opioid epidemic.

In January of this year, 28-year-old Kentucky mother Shaylynn Curtis was charged with murder after authorities determined her 5-month-old son died from complications related to methamphetamine. There was no indication how the girl in that case ingested the drug.

In early March of this year, a Tennessee woman and man were charged with murder in the first degree over the death of the woman’s infant niece, who died from what an autopsy termed “acute methamphetamine toxicity.” Again, the method of transmission was unclear.

In late March 2022, two Florida parents were brought up on manslaughter charges after their 14-month-old son died from an overdose caused by a combination of “methamphetamine and fentanyl.” In this instance, prosecutors believe the boy picked up a used piece of drug paraphernalia that still contained drugs and placed it in his mouth but that the mother was prompt in removing it.