The California State Bar on Monday filed a petition against attorney Michael Avenatti to place him on “involuntary inactive status.”

The filing by Senior Trial Counsel Eli D. Morgenstern cited California Business and Professions Code section 6007(c)(2), which says that an attorney can be put on “involuntary inactive enrollment” if it is found that the attorney in question has “caused or is causing substantial harm to the attomey’s clients or the public”; if there is “reasonable probability that the State Bar will prevail on the merits in a disciplinary proceeding”; if there is a “reasonable probability that the attorney will be disbarred.”

The Avenatti client named in the filing was Gregory Barela. It was said that, given the following allegations, there is a “reasonable probability” Avenatti “will be disbarred” after a disciplinary hearing:

This evidence was dubbed “clear and convincing.” 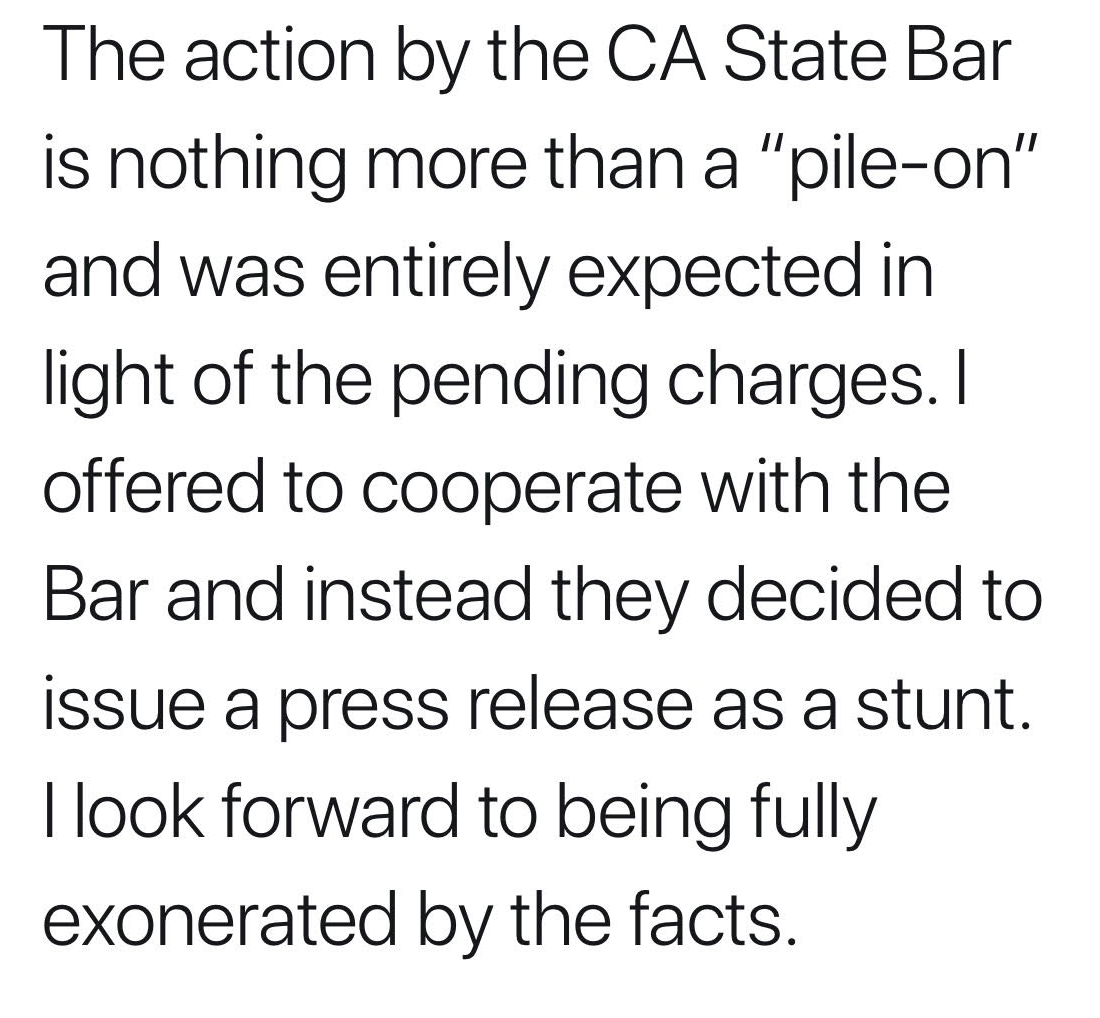 “The action by the CA State Bar is nothing more than a ‘pile-on’ and was entirely expected in light of the pending charges,” Avenatti said. “I offered to cooperate with the Bar and instead they decided to issue a press release as a stunt. I look forward to being fully exonerated by the facts.”

The petition said, on the other hand, that Avenatti “has not provided the State Bar with a substantive response—let alone a defense—to these charges nor any evidence to refute the allegations.” It then referred to the pending fraud charges against Avenatti in New York and California.

Avenatti was charged in New York for alleged fraud and aggravated identity theft and has pleaded not guilty. The alleged victim was Stormy Daniels. Avenatti has also been accused of attempting to extort Nike; he has denied the allegation.

Avenatti was also indicted in his home state of California on 36 charges, including bankruptcy fraud, wire fraud, tax evasion and embezzlement. He has pleaded not guilty.

After being served, Avenatti will have 10 days to file a response to the State Bar’s petition and request a hearing. If he doesn’t, he waives his right to one.