Another Mass Shooting, This Time in Dayton, Ohio – Here’s What We Know 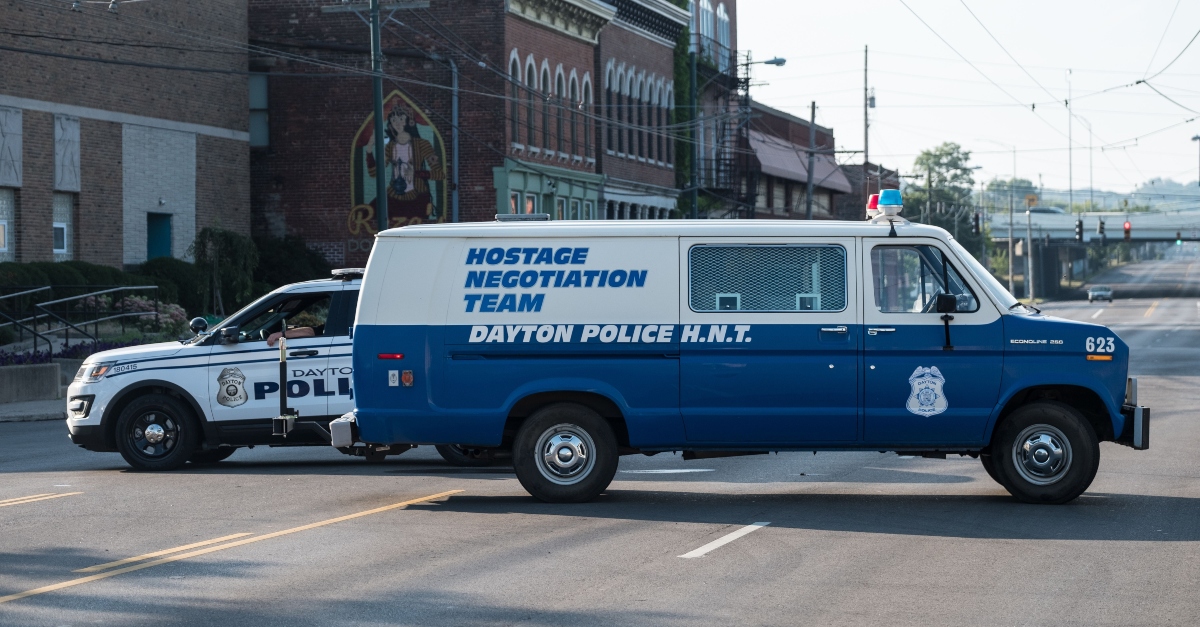 There has been a second mass shooting in the United States this weekend. This time it happened in the Oregon District of Dayton, Ohio. The shooter killed nine people before officers “neutralized” this person, according to Dayton Mayor Nannette L. Whaley said in a press conference Sunday.

#OregonDistrict #update Mayor Whaley: Suspect opened fire in the Oregon District wearing body armor.
There are 10 people dead including the shooter, 26 others injured.
Officers neutralized the shooter in less than a minute.

26 people were injured in the shooting. It took place at 1 a.m. The suspect wore body armor, and was armed with a large gun using .223 caliber high-capacity magazine, said Whaley. The mayor said there could’ve been hundreds of victims if police hadn’t already been nearby.

This is the second mass shooting in the United States in 24 hours. Another one happened Saturday at a Walmart in El Paso, Texas. At least 20 people were killed, and 26 injured, according to authorities there. He is reportedly being held for capital murder. Sources identified the shooter in that case as Patrick Crusius, 21. An unconfirmed manifesto posted to the website 8chan purportedly showed he was motivated by a virulent hate of immigrants and Hispanics.

The alleged shooter in the Ohio shooting remains identified. Their motive remains unclear.

Despite the Dayton shooting taking place more than 8 hours ago, the crime scene here at Ned Peppers continues to grow. Police section off more and more of the area as the daylight increases. pic.twitter.com/xeHa0Rh6UF

“The FBI, local and state law enforcement are working together in El Paso and in Dayton, Ohio,” said President Donald Trump. “Information is rapidly being accumulated in Dayton. Much has already be learned in El Paso. Law enforcement was very rapid in both instances. Updates will be given throughout the day!”