Alan Dershowitz: ‘If My False Accuser Stops Lying About Me, I Will Stop Telling the Truth About Her’ 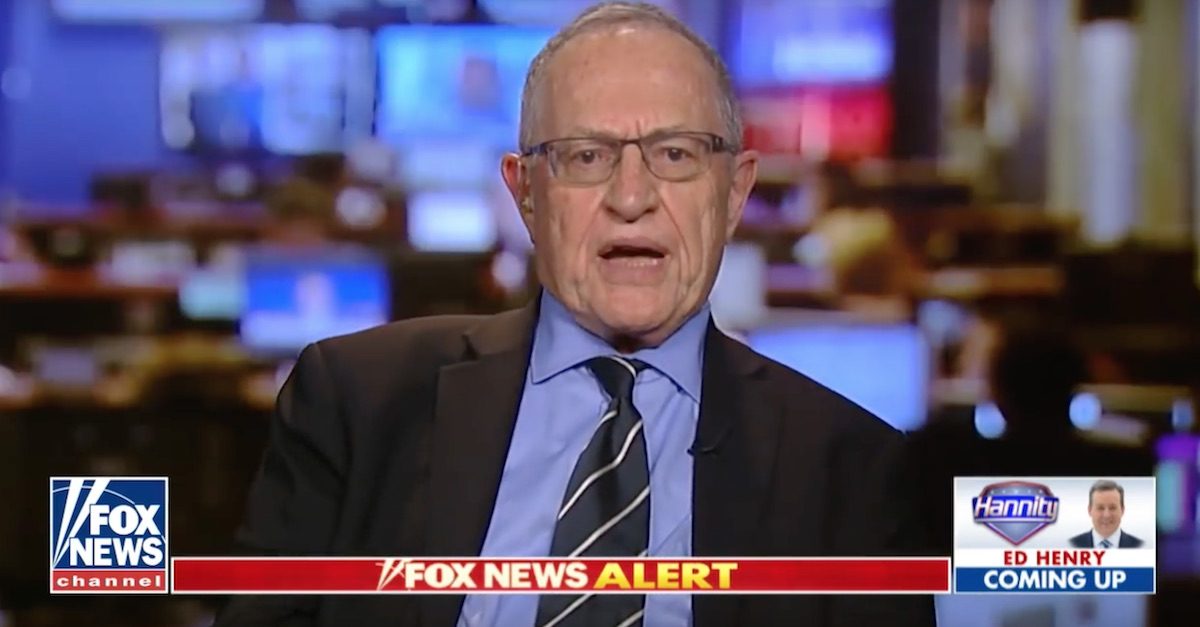 Harvard Law professor emeritus Alan Dershowitz appeared in federal court on Tuesday seeking to have the defamation lawsuit filed against him by Virginia Roberts Giuffre thrown out.

Attorneys for Dershowitz argued that Giuffre waited too long to file her suit against the celebrity defense attorney, insisting the claims were barred by the statute of limitations on defamation actions.

In her initial complaint, Giuffre, an alleged victim of Jeffrey Epstein’s sex trafficking scheme, claimed that Dershowitz not only knew about Epstein’s operation, but was also a participant, saying that she was forced to have sex with multiple rich and powerful men, including Dershowitz. According to Giuffre, Dershowitz had sex with her while she was a minor and working for Epstein.

The 81-year-old Dershowitz, who was among the attorneys who represented Epstein and secured him a controversial plea deal more than a decade ago, has repeatedly denied Giuffre’s claims, calling her a “certified, complete, total liar.” Giuffre’s lawsuit asserts that Dershowitz’s statements about her claims are knowably false and maliciously designed to cover up his own wrongdoing while discrediting her claims.

In an email to Law&Crime, Dershowitz denied the veracity of Giuffre’s claims, insisting that the two have never even met.

“Our position is that I’ve been truthfully calling Giuffre a liar regularly since she falsely accused me in 2014. I will continue to tell the truth whenever she falsely accuses me,” Dershowitz wrote Tuesday afternoon. “If she believed I defamed her in 2014, 2015, 2016 and 2017, she could have sued me then. I will defend my First Amendment right to truthfully deny a false charge. To paraphrase Adlai Stevenson: if my false accuser stops lying about me, I will stop telling the truth about her.”

Following Tuesday’s hearing, Dershowitz spoke to reporters outside the courthouse where he said that the claims against him were also harmful to the “Me Too” movement empowering women to report instances of sexual misconduct and assault.

“The ‘Me Too’ movement relies on credible reports of sexual misconduct and when a woman and her lawyer make false allegations and falsely accuse people, it hurts not only the falsely accused person, me, but it hurts everybody who is a true victim of sexual abuse,” Dershowitz said.

Law&Crime has reached out to Giuffre’s attorney David Boies for comment.

Giuffre has alleged that she was used as a “sex slave” when she was a minor. She has also said that Epstein’s former partner and friend, Ghislaine Maxwell, told her to recruit the “youngest looking” girls she could find.

Giuffre, in her first television interview last Friday, further said she was trafficked for Prince Andrew. He has denied the allegations; there is a photo of the two of them with Maxwell.