Jeffrey Epstein Accuser: Ghislaine Maxwell Told Me to Recruit the ‘Youngest Looking Ones’ 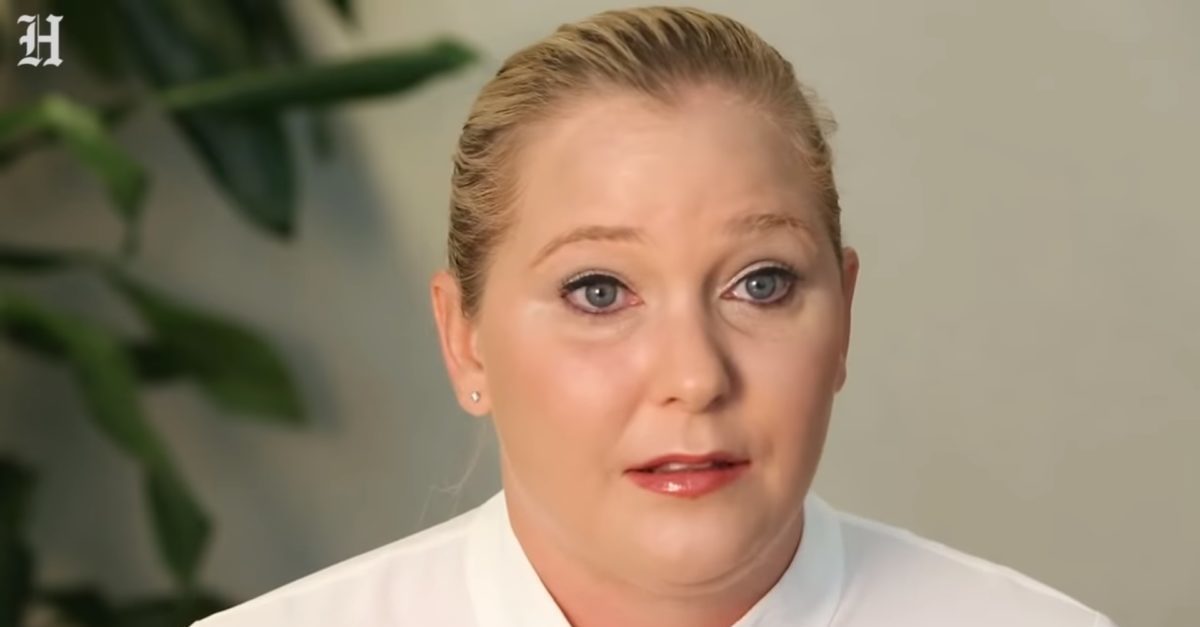 Virginia Roberts Giuffre on Friday appeared on television for the first time to detail the alleged horrors inflicted on her by deceased pedophile Jeffrey Epstein and his cohorts during an interview with Dateline NBC’s Savannah Guthrie.

Giuffre, one of the minors allegedly sexually assaulted and trafficked, said she was specifically trained by Ghislaine Maxwell to make sure her potential targets were the “youngest looking” girls she could find.

According to Giuffre, she was only a 16-year-old girl working as a locker attendant at President Donald Trump’s Mar-a-Lago club in South Florida when Maxwell approached her about a “traveling masseuse” job for a “super rich” guy and asked her if she was interested in  interviewing for the position.

The first time she met Epstein, Giuffre said, Maxwell led her into a room where the billionaire was laying on a massage table completely nude. In that moment, Epstein and Maxwell exchanged a “Cheshire grin” followed by an approving head nod signaling his approval of the underage girl before Maxwell ordered her to perform sexual acts on Epstein.

Despite the immediate sexual assault, Giuffre saw Epstein as a lifeline whose promises of future help caused her to view the situation as a “necessary evil,” to get her out her already abusive life. While they had initially promised to train Giuffre to become a real licensed masseuse, she was really trained in the art of recruiting other young girls for Epstein to assault and traffic.

“Jeffrey was very particular in the kind of girls he wanted. First off, the younger the better,” Giuffre said of Epstein’s ideal new recruit.

“Maxwell said that too,” she added. “During the training and telling me how to do it, she said ‘You always have to go for the youngest-looking ones.’”

As previously reported by Law&Crime, Giuffre also claimed that Epstein trafficked her out to other powerful men, specifically alleging she was ordered to perform sexual acts on the United Kingdom’s Prince Andrew.

“The first time in London, I was so young. Ghislaine woke me up in the morning and she said, ‘you’re gonna meet a prince today.’ I didn’t know at that point that I was going to be trafficked to that prince. And then that night Prince Andrew came to her house in London. And we went out to club Tramp. Prince Andrew got me alcohol. It was in the VIP section. I’m pretty sure it was vodka. Prince Andrew was like, ‘Let’s dance together.’ And I was like, ‘Okay.’ And we leave club Tramp. And I hop in the car with Ghislaine and Jeffrey. And Ghislaine said, ‘He’s coming back to the house. And I want you to do for him what you do for Epstein.’ I couldn’t believe it.”

[Image via screen capture from the Miami Herald]