‘Do For Him What You Did For Epstein’: Virginia Giuffre Gives Detailed Account of Being Trafficked For Prince Andrew 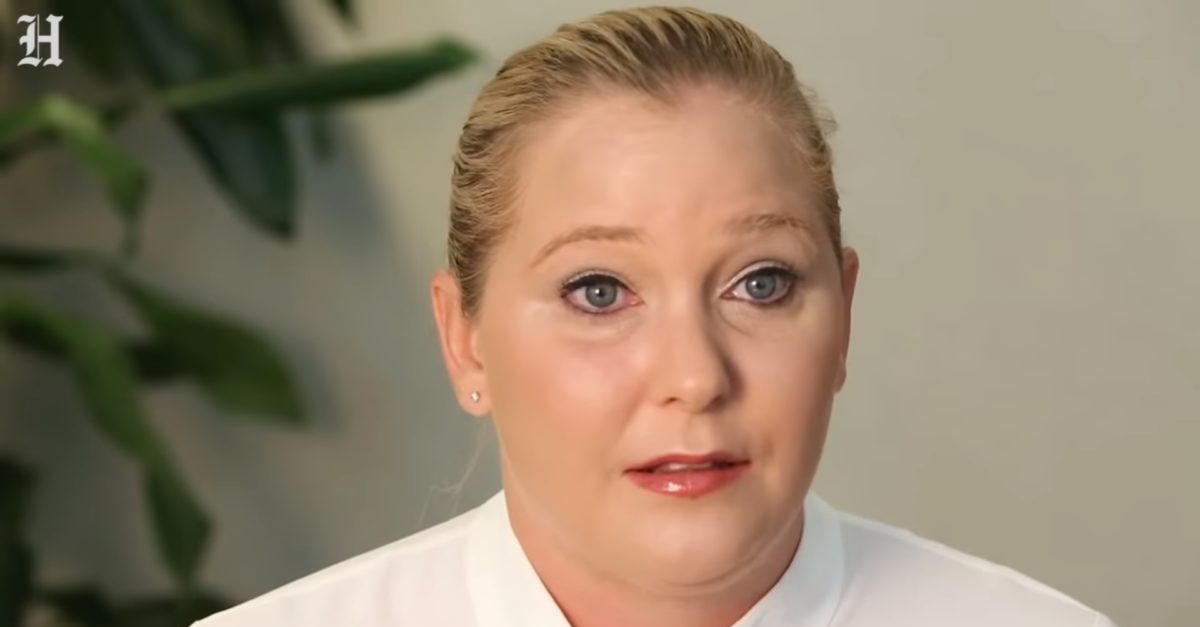 Multi-millionaire pedophile Jeffrey Epstein may be dead, but that doesn’t mean his victims are shutting up or that his partners in the alleged global elite conspiracy to traffic and rape young women or girls are in the clear.

On Friday evening at 10 p.m. EST, Virginia (Roberts) Giuffre will appear on NBC’s Dateline in her first ever television interview to discuss her experience at the hands of Epstein and others–including the United Kingdom’s Prince Andrew, who she says was “an abuser” and a “participant.”

Giuffre says that she was introduced to Epstein and Prince Andrew by way of Epstein’s alleged madam and the prince’s longtime friend Ghislaine Maxwell, who allegedly recruited her to serve as Epstein’s sex slave.

In a preview of that interview obtained by Law&Crime, Giuffre says as follows:

Law&Crime previously reported on the potential fallout due to the allegations against Prince Andrew. In July of this year, an appeals court ruled that 2,000 documents related to Giuffre’s claim that she was forced to have sex with the British noble should be made public.

Buckingham Palace rallied around the would-be heir to the Crown.

“It is emphatically denied that The Duke of York had any form of sexual contact or relationship with Virginia Roberts,” a defensive statement issued by the House of Windsor read. “Any claim to the contrary is false and without foundation.”

The monarchy’s statement, however, rings a bit false in the harsh light and colors of Kodachrome. There is at least one extant photograph of Prince Andrew and Giuffre together–when Giuffre was under the age of consent.

A judge, however, previously decided that Giuffre’s allegations against Prince Andrew were “immaterial and impertinent to [her] central claim” against Epstein. Maxwell then took it upon herself to call Giuffre a liar–prompting a defamation lawsuit and extensive discovery which produced the 2,000 documents in question.

The defamation lawsuit was eventually settled and the documents were sealed–but after Epstein’s arrest earlier this summer, the U.S. Court of Appeals for the Second Circuit decided the public had a right to see at least some of those wide-ranging allegations.

During the Dateline broadcast, Giuffre also discusses the legal strategy she employed to strike back against her alleged sexual traffickers and abusers after that first court defeat.

“Well, unfortunately, there’s this horrible law called statute of limitations,” Giuffre will tell NBC News’ Savannah Guthrie. “My lawyers said the way to get Ghislaine Maxwell held accountable, the way to get Jeffrey Epstein held accountable is through them saying I’m a liar, which I’m not. So, it’s called a defamation suit.”

One such defamation suit was filed against Harvard law professor emeritus Alan Dershowitz.

Giuffre alleged that Dershowitz was one of the powerful men Epstein made her have sex with. Dershowitz was also one of the attorneys who helped Epstein secure a sweetheart deal more than a decade ago that took federal charges off the table.

Dershowitz has repeatedly denied the allegations and has insisted he never met Giuffre.

“It’s a horrible thing to be accused like this,” he said, calling the allegations “vicious lies.”

In the Dateline interview, Giuffre will also speak about what “justice” means to her now:

Justice now is holding accountable the perpetrators that helped him and participated with him, and encouraging more people to come forward so we can try to put this puzzle together and understand how it happened. How did this happen for so long? How did he get away with it?