‘A Glimmer of Humanitarianism in the Courts’: Chelsea Manning Released from Jail 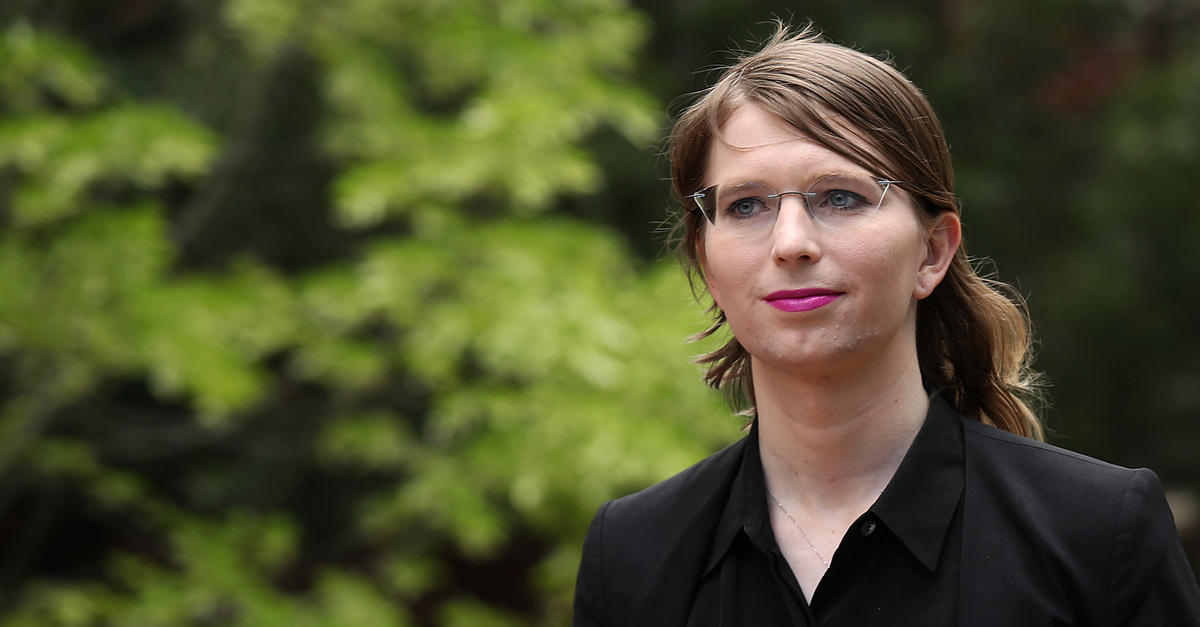 A federal judge ordered the release of Chelsea Manning in a court order Thursday evening, a couple months shy of a year after Manning was jailed for refusing to testify before a grand jury against WikiLeaks’s Julian Assange.

“[T]he court finds Ms. Manning’s appearance before the Grand Jury is no longer needed, in light of which her detention no longer serves any coercive purpose,” U.S. District Judge Anthony Trenga noted in the brief decision authorizing her release.

“ORDERED that Chelsea Manning be, and she hereby is, immediately RELEASED from the custody of the Attorney General,” the docket entry-which reads as a minute order–on Manning’s case notes.

The docket entry notes, however, that a massive monetary judgment has been entered against Manning in the amount of $256,000 which is due to be paid immediately upon release as “the total amount of her accrued, conditional fines as of March 12, 2020.”

In turn, Judge Trenga denied as moot “request to vacate [those] conditional fines accrued against her to date” as well as an extant motion seeking her release from confinement.

A current hearing on Manning’s status pre-scheduled for tomorrow was cancelled for being moot as well.

Manning has been incarcerated for her steadfast refusal to testify in a grand jury hearing targeting WikiLeaks and its publisher Julian Assange for nearly a year–having been found in contempt of court and jailed since May of last year. All the while, daily contempt fines of $1,000-per-day accumulated against her.

“Neither confinement, nor fines, nor any other sanction will convince Ms. Manning to participate in the grand jury,” noted her attorney Moira Meltzer-Cohen in a statement earlier this year.

“At this point, sanctions simply reinforce her perception that she is taking a necessary and righteous stand against abusive institutions,” she said. “The impact of these sanctions is limited exclusively to exacting a cost from Ms. Manning; they will never have any coercive effect. The sanctions have therefore exceeded their lawful scope, and must be terminated.”

Thursday’s order tosses the February motion to dispense with those fines filed by Meltzer-Cohen in the Eastern District of Virginia–meaning Manning will be forced to pay the contempt fines in full.

But the price for the dogged is likely to be viewed as a value in light of her principled opposition to the case against Assange–which Manning and millions of civil libertarians the world have long viewed as an attack on freedom of speech, expression and association itself.

Assange had been investigated on the suspicion of computer crimes for several years by the administrations of both Barack Obama and Donald Trump following the publication of information and crimes committed by agents of the U.S. government deemed embarrassing by elites—including the infamous “Collateral Murder” video.

Manning is a former U.S. Army intelligence analyst who was convicted of violating the Espionage Act by disclosing thousands of “classified (and unclassified but ‘sensitive’) documents” to WikiLeaks. Obama commuted Manning’s sentence in one of his last acts as president.

Assange was publicly indicted in May 2019 on Espionage Act charges.

Manning defied a court order was placed in jail just one week prior to Assange’s indictment over her refusal to testify.

In January, Manning laid down her principles in fiery defiance–telling the court and the world that she’d spend as long as it took behind bars in service of her beliefs.

In a statement obtained by Law&Crime, Manning said:

My long-standing objection to the immoral practice of throwing people in jail without charge or trial, for the sole purpose of forcing them to testify before a secret, government-run investigative panel, remains strong. Nearly every other legal system in the world condemns coercive confinement, and long ago replaced secret grand juries with public hearings. I am thrilled to see the practice of coercive confinement called out for what it is: incompatible with international human rights standards. Regardless, even knowing I am very likely to stay in jail for an even longer time, I’m never backing down.

The shocking incident drew a wellspring of sympathy from her supporters–as well as a collective rebuke of the punitive incarceration regime that’s been repeatedly been likened to torture by international human rights bodies. That observation was echoed and relayed by Manning’s legal team in a statement announcing the incident.

“[Manning’s] actions today evidence the strength of her convictions, as well as the profound harm she continues to suffer as a result of her ‘civil’ confinement—a coercive practice that the United Nations Special Rapporteur on Torture, Nils Melzer, recently said violates international law,” her legal team said.

It’s likely though unconfirmed that Manning’s attempt on her own life played some role in Thursday’s release.

“She should have never been imprisoned in the first place but at least there’s a glimmer of humanitarianism in the courts,” noted attorney and Intercept editor Glenn Greenwald, who has long championed Manning’s and Assange’s freedom.

Judge Anthony Trenga today ordered Chelsea Manning’s release from confinement, after the apparent conclusion of the grand jury to which she had been subpoenaed, and before which she refused to testify. He further ordered that she pay $256,000 in fines which accrued each day she refused to cooperate with the grand jury.

Needless to say we are relieved and ask that you respect her privacy while she gets on her feet.