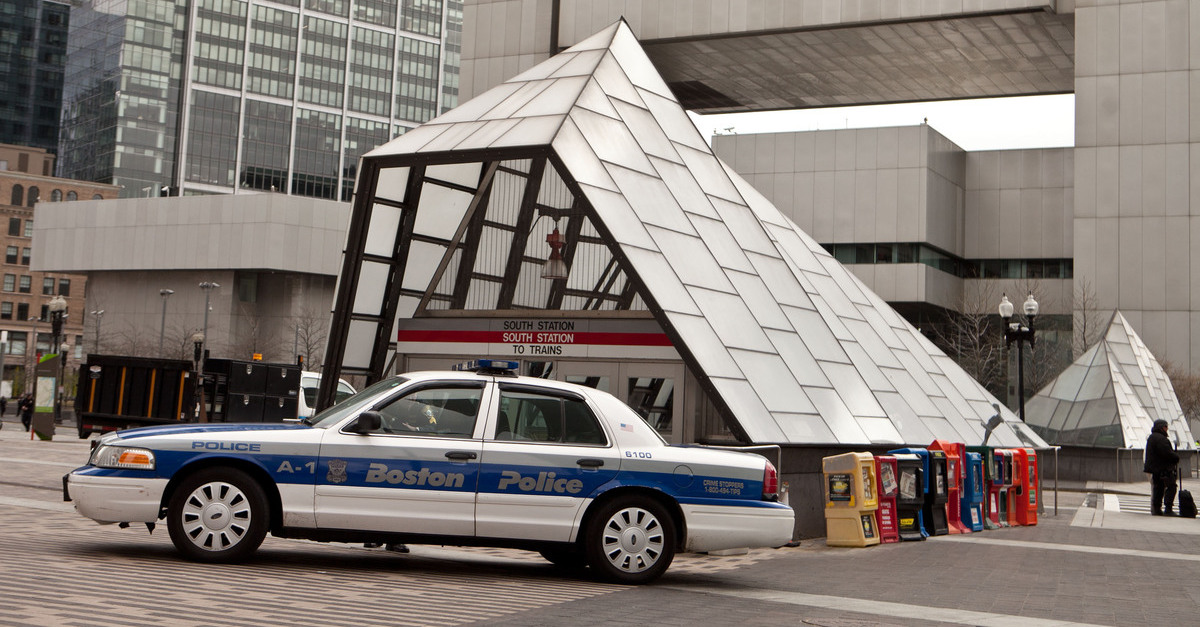 The Massachusetts Supreme Judicial Court (SJC) unanimously ruled in favor of transparency and press freedom on Thursday morning by declaring that the public has a right to know when police officers and public officials are arrested—even if such arrests do not result in criminal charges.

In a 6-0 ruling, the Bay State’s highest court settled a long-running dispute between several state law enforcement agencies on one side and The Boston Globe on the other—ruling in favor of the outlet and putting the kibosh on a  nearly five-year-long legal battle.

“There is a substantial public interest in the disclosure of police incident reports regarding alleged offenses by police officers and public officials that do not result in arraignment,” Chief Justice Ralph Gants wrote. “And disclosure of the booking photographs will eliminate confusion as to the identity of those arrested where they may have common names that may be shared by others.”

The ruling is based on a May 2015 lawsuit filed by the Globe against the Massachusetts State Police, the Boston Police Department and the Department of Criminal Justice Information Services after various public records requests filed under the framework of the Criminal Offender Record and Information (CORI) Act were initially denied.

The outlet had filed CORI Act request for booking photos and incident reports on police officers arrested for drunk driving charges—as well as and the booking photo and incident report concerning the arrest of a judge. The state’s public records custodian previously argued against such releases, arguing that state departments have “the discretion to withhold records determined to be CORI and created as the result of the initiation of criminal proceedings.”

Thursday’s SJC ruling determined that the Globe was entitled to those documents.

The court noted at length:

[P]olice officers and members of the judiciary occupy positions “of special public trust.” By assuming their unique position of power and authority in our communities, police officers “must comport themselves in accordance with the laws that they are sworn to enforce and behave in a manner that brings honor and respect for rather than public distrust of law enforcement personnel.” “In accepting employment by the public, they implicitly agree that they will not engage in conduct which calls into question their ability and fitness to perform their official responsibilities.” The same is true for judges; the extraordinary power invested in the judicial office demands a high standard of behavior to ensure public trust in the judiciary. Accordingly, the public has a vital interest in ensuring transparency where the behavior of these public officials allegedly fails to comport with the heightened standards attendant to their office.

The SJC was also unsympathetic to claims from the state that such documents from cases that don’t go anywhere should be withheld—when public figures and servants are involved.

“The public has a substantial interest in ascertaining whether the case was not prosecuted because it lacked merit or because these public officials received favorable treatment arising from their position or relationships,” Gants noted—referring to the longstanding and widespread belief that cops and politicians are given special treatment.

The standard here, Gants noted, is higher for those who make a living on the public dime. The justice noted that privacy protections for private individuals may foreclose against the release of mug shots and arrest reports for dead-end cases because there is “little to offset the risk of adverse collateral consequences,” for the average taxpayer.

Police and public officials, however, are not entitled to such privacy because there is “substantial public interest in disclosure that must be weighed against the risk of adverse collateral consequences.”

“This case highlighted the potential tension between government accountability and privacy interests,” American Civil Liberties Union of Massachusetts Senior and Managing Attorney Ruth Bourquin said in a statement. “We are pleased with the Court’s ruling, and gratified that the Court incorporated the ACLU’s proposed analysis, which carefully balances these two important interests.”