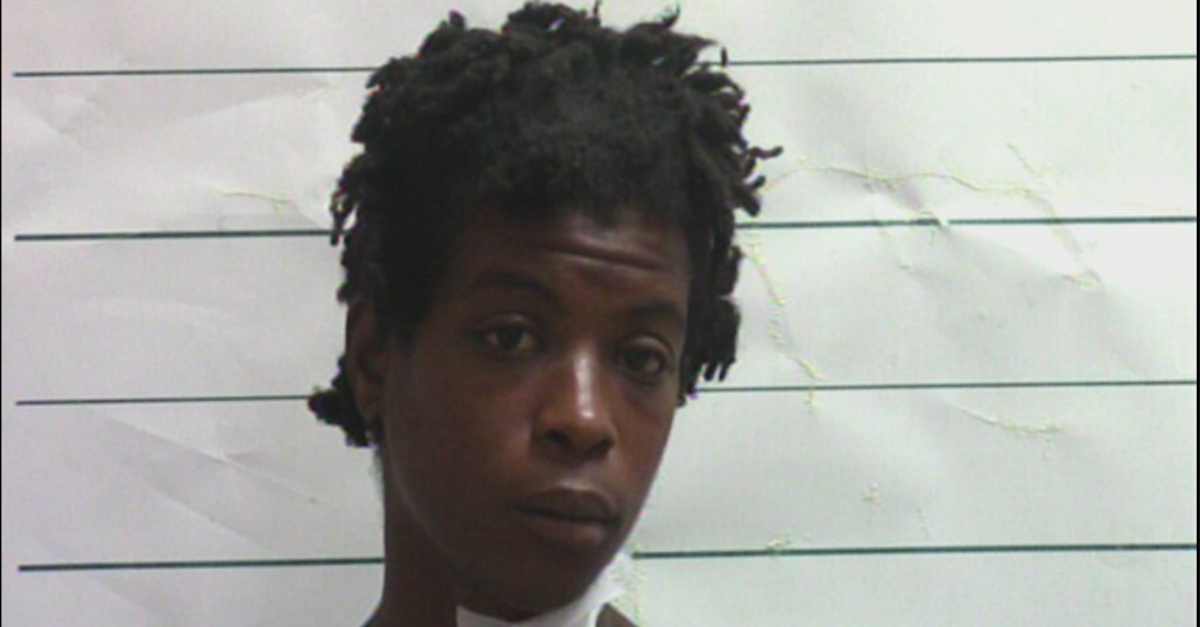 A homeless woman in New Orleans was taken into custody Saturday evening and charged with murder after police said she was found wandering the streets with a baby that had been fatally stabbed. Authorities also found a railroad spike that was covered in blood, NOLA.com reported Sunday.

According to the report, 35-year-old Angelyc Seely, who is originally from Detroit, was arrested after multiple people saw her hauling around a bicycle trailer with a motionless baby in tow on the corner of Columbus and North Broad street just before 6:30 p.m. on Saturday.

Court records obtained by the outlet said that medical personnel responding to the scene concluded that the child—who had “deep cuts to his stomach, neck and chest”—had been deceased for at least several hours. The infant’s body had been cleaned off and then wrapped in blankets. Authorities did not release the precise age of the child, but they did confirm that he was more than a year old.

“We were on our way this way to the hair store and to pick up some seafood and we saw the young lady pass by on the bicycle with a stroller and we didn’t think anything of it, but then we noticed a bunch of flies and thought, ‘Wait a minute,'” Donna Banks, who lives nearby, told the outlet. “I didn’t actually see the baby but the lady that did she was so distraught I thought for sure this lady was not lying about this.”

Banks also said that Seely did not try to resist when law enforcement authorities approached her on the scene, saying, “you could see in her mind, in her face, she was totally out of it.”

According to a report from local FOX-affiliate WVUE-TV, the New Orleans Police Department Homicide Unit determined that Seely was the mother of the young child. She was arrested and charged with second-degree murder, per the NOPD.

ARRESTED: #NOPD has arrested Angelyc Seely (pictured) re: homicide of infant on July 17 in 1400 block of N. Broad St. Seely was booked on charge of second-degree murder. #NOPDResults https://t.co/IjQ2bseG19 pic.twitter.com/5Qf0jmTmHt

Seely allegedly left a white Trek bicycle near the scene. Alongside the bicycle, officers allegedly found a bag containing a railroad spike “which had been fashioned into a blade and was covered in dried blood,” NOLA.com reported.

Paramedics found several cuts on Seely’s neck and had her taken to University Medical Center. Police said that after arriving at the hospital, Seely said that she used a pair of scissors to cut herself because she intended to “go” with her son, but said “it went wrong and she failed.”

Seely was transferred from the hospital to New Orleans Jail late Sunday afternoon.

NOLA.com reported that during the hearing, Seely “sat mostly quietly while in a gray prisoner’s jumpsuit and shackles.”

Seely was represented by a public defender who noted that the jail had placed her on suicide watch thereby limiting how much contact she had with her attorney. She remained locked up as of Sunday evening.

If convicted, Seely faces a maximum sentence of life in prison.