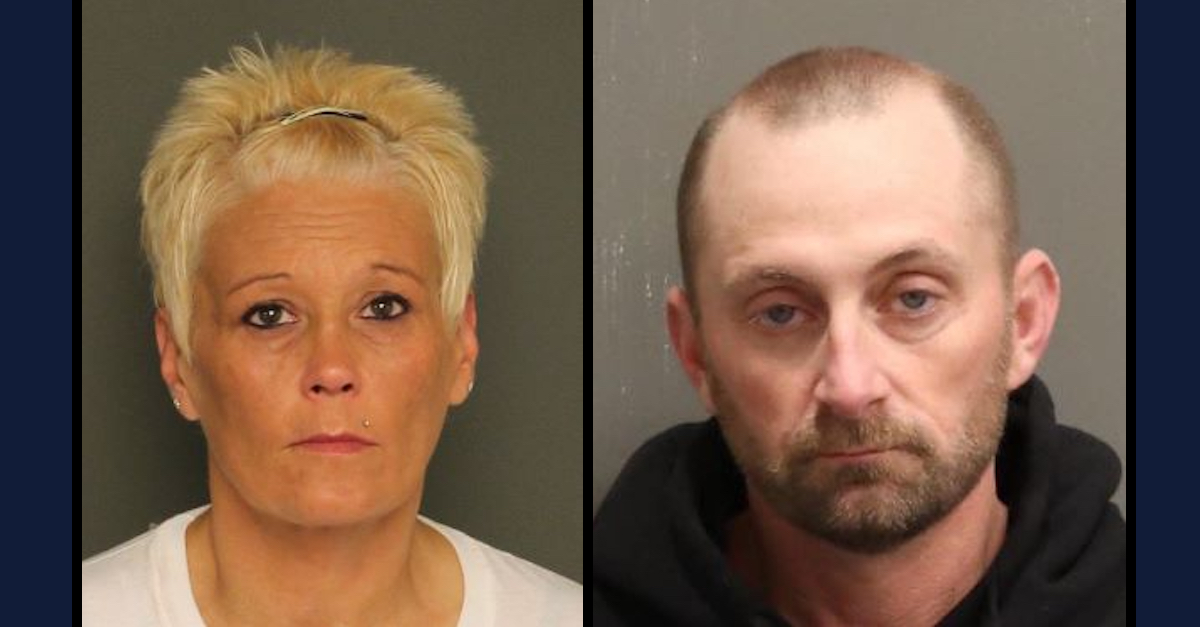 Christy Shadowens and Ronald Spencer appear in photos released by the MNPD.

A Nashville grand jury on Thursday indicted a local couple in the death of a baby girl who was less than one year old.

The Metropolitan Nashville Police Department (MNPD) announced that Ronald Lee Spencer, 40, and Christy Michele Shadowens, 48, are accused of first-degree murder in the death of Alayna Shadowens on Jan. 27, 2021. The indictment also accuses the two defendants of aggravated child neglect, the MNPD said.

The infant was the niece of Christy Shadowens, the police determined.

“Alayna Shadowens had been staying with the couple for several days when Christy Shadowens discovered her niece unresponsive and not breathing in the couple’s Bonnalynn Drive residence,” the MNPD continued. “The child was transported to Vanderbilt Children’s Hospital where she was pronounced dead shortly after arrival.”

The local medical examiner’s office concluded that Alayna “died of acute methamphetamine toxicity,” according to an MNPD press release.

A subsequent investigation determined that the two defendants “were the sole care providers for Alayna at the time of her death and are responsible for narcotics in the home,” the MNPD added.

The MNPD said Spencer was already in jail on “un-related drug charges,” but Christy Shadowens was on the lam as of Thursday. The department suspected that she may be in Dickson, Tenn., and asked anyone familiar with her whereabouts to call 615-742-7463. Callers to that number “can remain anonymous and qualify for a cash reward,” the department added.

According to an online court docket, Spencer also faces an ongoing prosecution involving counts of reckless driving, possession of a revoked license, driving while under the influence, and multiple counts of drug possession.  That case dates back to last July.

Online court records and a three-page indictment both indicate that Spencer and Shadowens are charged with two counts of felony murder, a charge which is included within Tennessee’s first-degree murder statute.  Prosecutors can allege felony murder when a death occurs during the perpetration of an underlying felony.  Law&Crime previously explained the elements prosecutors must prove in order to convict on felony murder and aggravated child neglect in another recent report from Tennessee.

According to state law, first-degree murder is punishable in Tennessee by the death penalty, by life in prison without the possibility of parole, or by life in prison (presumably with the chance of parole). It is unclear which possible punishment prosecutors will seek in this case because the matter is in its early stages.

The court records list Shadowens under the name Christy Michele Calhoun, which the MNPD tells Law&Crime is Shadowens’ maiden name.

The indictment against Shadowens and Spencer is below.

[images via the MNPD]