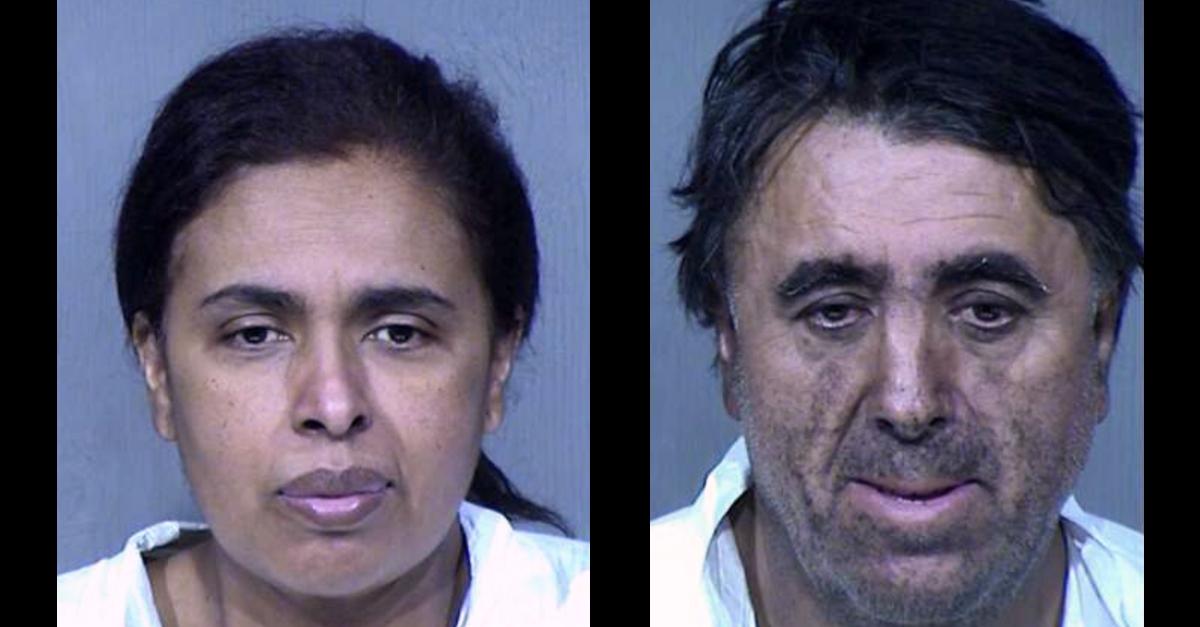 Two parents are facing murder and other charges after police in Phoenix say the couple killed their adopted 13-year-old daughter.  The girl was last seen alive in 2016.  Authorities say they discovered her remains after her father torched the family’s house last year, though it appears the girl had been dead for several years before the fire.

Maribel Loera, 51, and Rafael Loera, 57, were charged Friday with first-degree murder, child abuse, concealment of a body, and arson of an occupied structure, police said in a Facebook post.  Both defendants had been in custody on child abuse charges since January 28, 2020, police said, but murder charges were only recently filed late this week in a case which has placed the couple in increasing legal jeopardy.

The twisted case started unraveling on January 20, 2020, when police paid they checked on an 11-year-old girl who was left alone at the Loeras’ home.  When the girl told officers she had been neglected and abused by the Loeras, authorities with the Department of Child Safety removed the girl from the home.

The Arizona Republic said the 11-year-old called 911 by herself to say she was hungry and scared because she’d been abandoned at the Loera home for two days. The Associated Press reported that the 11-year-old said Maribel Loera “struck her on multiple occasions with knotted extension cords and slammed her head into walls.”

The 11-year-old was the only one home on Jan. 20.  Eight days later, on January 28, 2020, two other children, ages 4 and 9, were also removed from the home.  An hour after the Department of Child Safety left on Jan. 28, police received a 911 call from neighbors stating that the Loera house was on fire.  The Phoenix Fire Department fought back the flames and, once inside, firefighters found the remains of Ana Loera. 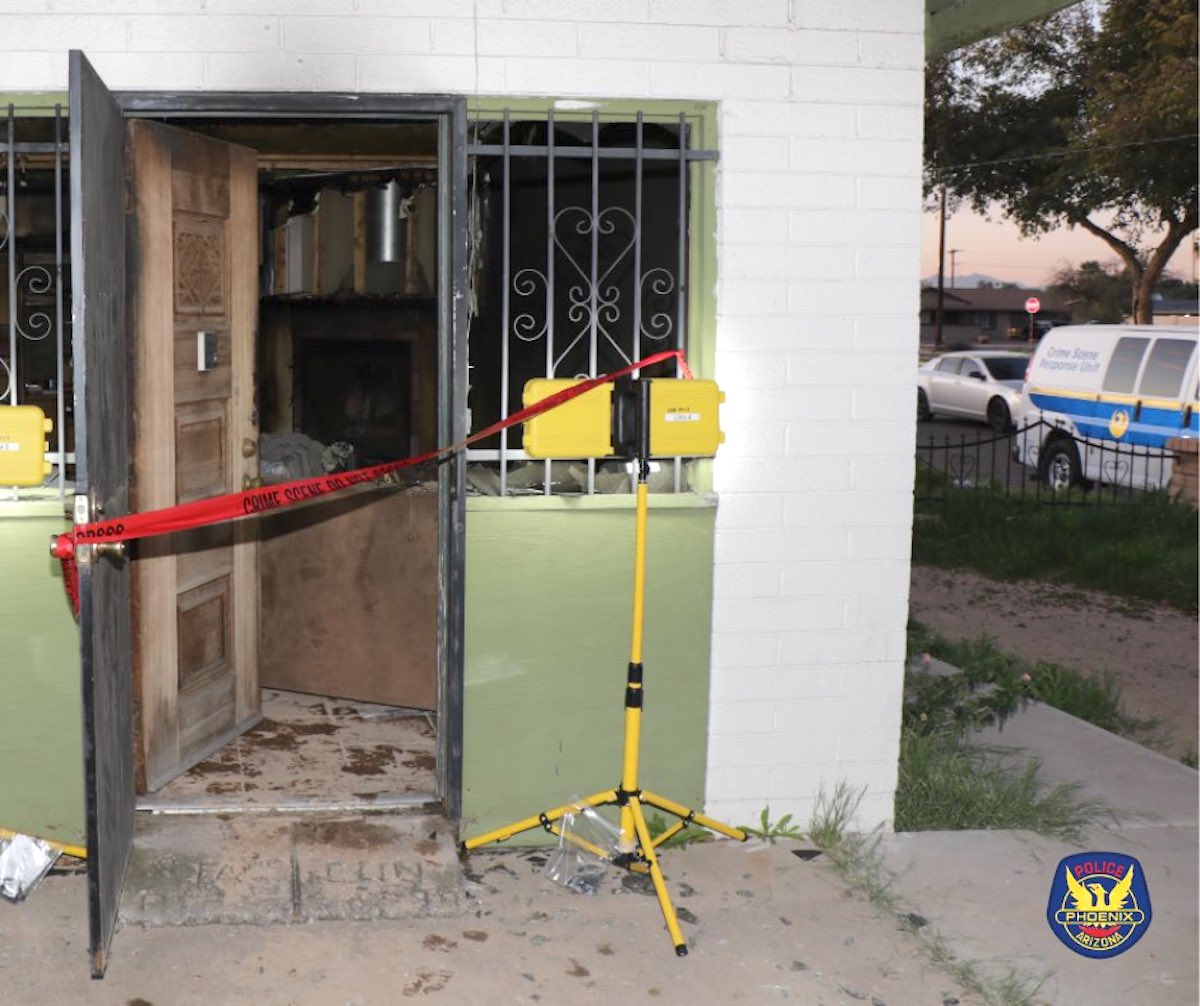 Home of Maribel Loera and Rafael Loera after the fire. (Image via Phoenix Police Dept.)

According to KPNX, investigators said in 2020 that Rafael Loera “admitted to starting the fire at his home by siphoning gas from his car, pouring it on the floor of the living room and setting it on fire because he reportedly felt hopeless and didn’t want to live anymore.”

Citing court records, KPNX also reported that Rafael Loera admitted he wrapped Ana’s “body in a blanket and stashed it in the attic of the home.”  The AP said firefighters found Ana’s body on top of insulation in the attic while they were trying to ventilate the home during firefighting operations.

The Associated Press reported that Rafael Loera told police Ana “died on the way to the hospital” in July 2017. According to the father, Ana became ill; Rafael said he “waited several days before trying to seek medical attention.” The father didn’t tell authorities Ana had died because he was afraid they’d take other children, the AP report adds.

Officially, however, “[t]he exact date of death is unknown,” the Phoenix Police Department said on Friday.  “[A]ccording to witnesses [Ana] was last seen alive in 2016. The Office of the Medical Examiner ruled her death as a homicide.”

Rafael Loera claimed he didn’t report his wife’s alleged physical abuse of the 11-year-old girl police rescued from the home because he was afraid his wife would beat him, too, the Republic reported.

Television stations KTVK/KPHO said authorities found agricultural lime stashed between a bookcase and a fireplace inside the Loera home.  A toxicologist, Dr. Frank LoVecchio, told the station that the substance can dissolve a corpse into nothing but bones in less than a year.  However, it is “unclear why the Loeras had the substance,” the station made clear.