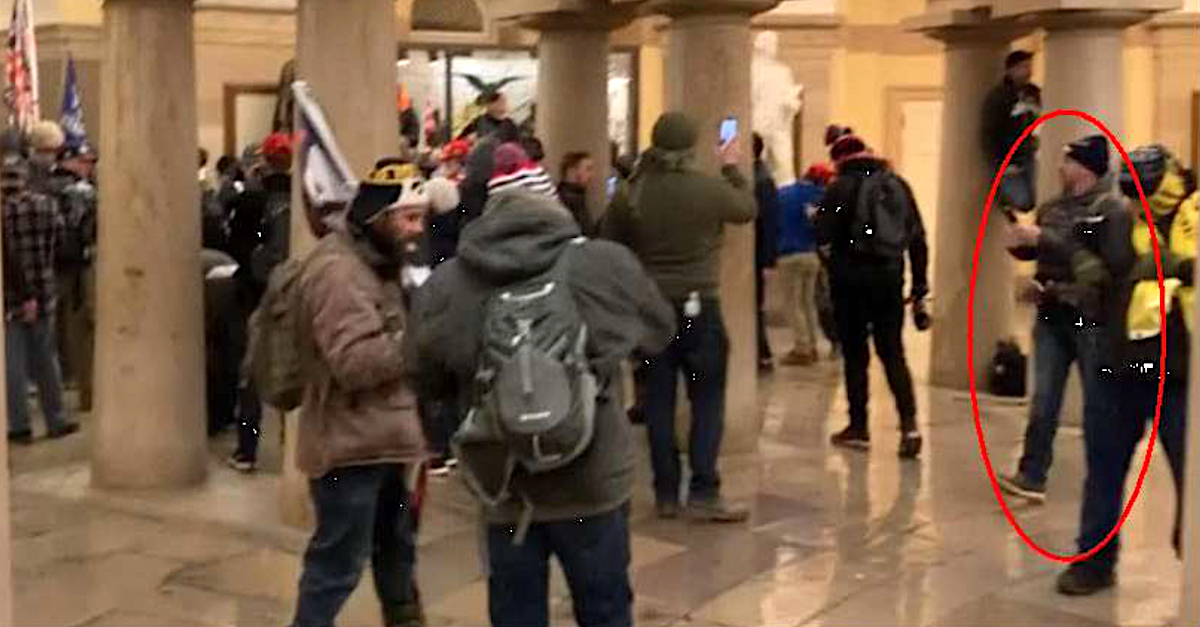 An individual believed to be Michael Lee Hardin is circled in red.

A man identified in federal court documents as a former Salt Lake City police officer is facing charges connected with the Jan. 6 siege on the U.S. Capitol Complex.  Prosecutors allege that Michael Lee Hardin, of Kaysville, Utah, entered the capitol and posed for photos in front of a statue of Abraham Lincoln while texting friends that he was there to ensure Donald Trump remained in office.

Authorities were tipped off to Hardin’s alleged presence at the capitol the very next day after the siege by a tipster known as T-1.  That tipster described himself as a friend who also worked with Hardin’s wife.  The tipster also indicated that Hardin was a former financial advisor.

“We stormed the Capitol, I am in here now!” one message read.

“I know you don’t like Trump, but He is the rightful President!” said another.

“We will return until we win!” a third text suggested.

Another tipster known as T-2 contacted the FBI on Jan. 10, court records indicate. The tipster, an alleged “close acquaintance” of Hardin’s “for over twenty years,” also said Hardin was inside the U.S. Capitol on Jan. 6.

“T-2 confirmed to your affiant that HARDIN was inside the U.S. Capitol building on January 6, 2021, and provided your affiant with a photograph of HARDIN standing aside a bust of Abraham Lincoln inside what appears to be the Capitol Crypt,” a charging document says. “HARDIN can be seen wearing a navy blue beanie with the word ‘TRUMP’ embroidered in white on the front, a dark-colored puffer coat, dark-colored shoes with white soles, and a tan backpack. T-2 claimed to have received this photograph from a relative of HARDIN, who, in turn, claimed to have received the photo from HARDIN directly via text message on or about January 6, 2021.” 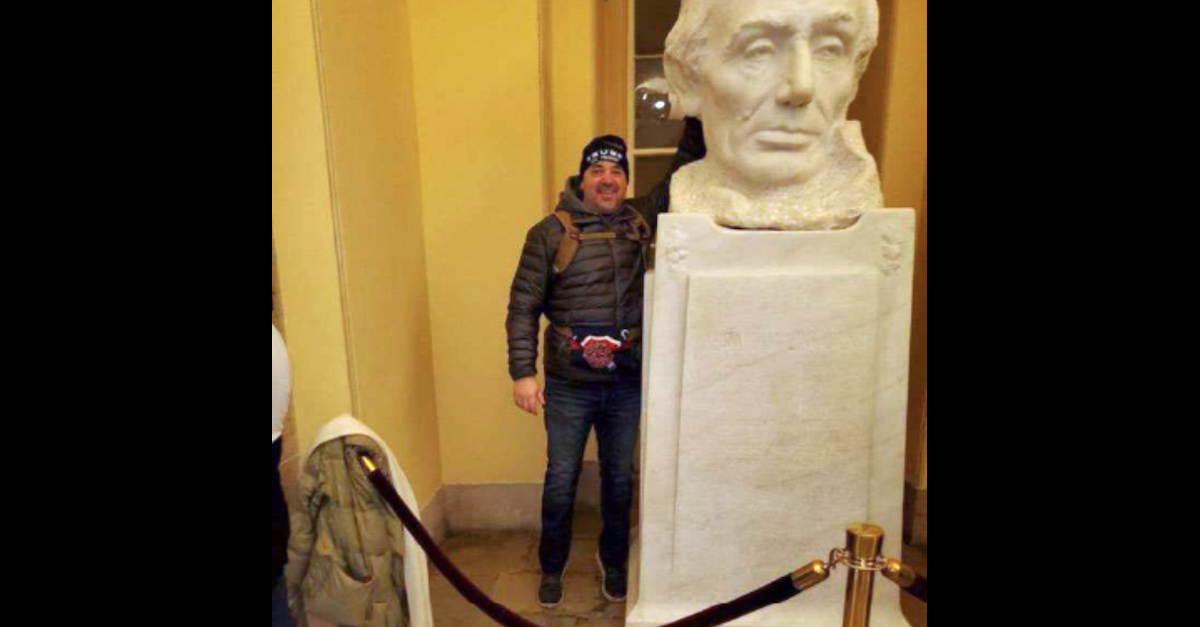 Video footage sent to the FBI by yet another tipster “appears to depict HARDIN inside the Capitol Crypt, holding a mobile phone in his hands.”  Location data provided by Google pursuant to a federal search warrant placed Hardin’s mobile device at the capitol building on Jan. 6 “starting at approximately 2:27 p.m.”

Citing the Salt Lake City Police Department, The Salt Lake Tribune reported that Hardin was an officer for the department “for about two decades.”  Hardin retired in 2017.

A press release issued by in 2012 indicates that Hardin, by then a detective, was named “officer of the year” for his work on a July 8, 1986 missing persons case involving a woman named Patricia Williams, 20. Her body turned up five days after she disappeared.  She had been strangled to death and “tossed . . . on the roadside like a piece of trash,” the department said while honoring Hardin.

Here’s how the press release glowingly described Hardin’s involvement with the Williams case:

Initial detectives worked the case, but the investigation went nowhere. Leads ran cold. For years, Patricia’s mother, Betty Ramirez, called the Department checking on updates, but there were none. The calls started to become fewer and further apart. Betty resigned herself to the fact that her daughter’s brutal murder would go unsolved, and her calls stopped.

August 26, 2009: Detective Mike Hardin took on Patricia’s case. There was no “magic DNA” to solve this one. It was going to have to be worked the old-fashioned way — with brains, shoe leather and intestinal fortitude.

July 8, 2011: the 25-year anniversary of Patricia’s death, after 85 interviews, 38,000 miles of travel, and 400 pages of written reports, Hardin went to Brooklyn, New York, to meet with Betty. Flowers in hand, he was able to tell her that Thomas Pennington had been charged with homicide for the death of her daughter.

In 2015, the Tribune and the Salt Lake City Desert News both reported that prosecutors dropped charges against Pennington when it turned out he had an alibi:  he was working full time and living in the Kansas City area — and had just been married there — when the Williams killing occurred.  Pennington was later reportedly sentenced to jail on drug charges; he said the stress of the murder accusation caused him to relapse.  When the charges were dropped, prosecutors said they needed more time to “investigate” the alibi; however, Law&Crime is unable to find any indication that the charges were re-filed.  No inmate with Pennington’s name appears in Utah’s current jail roster.  His name appears on the state’s sex offender registry but his address is listed as unknown.

Bottom line:  Hardin is also now on the other side of the law with connection to the breach of the U.S. Capitol.

Prosecutors did not seek to incarcerate Hardin before trial.  He was forced to turn in his passport and leave his guns with someone else while his case moves through the courts.