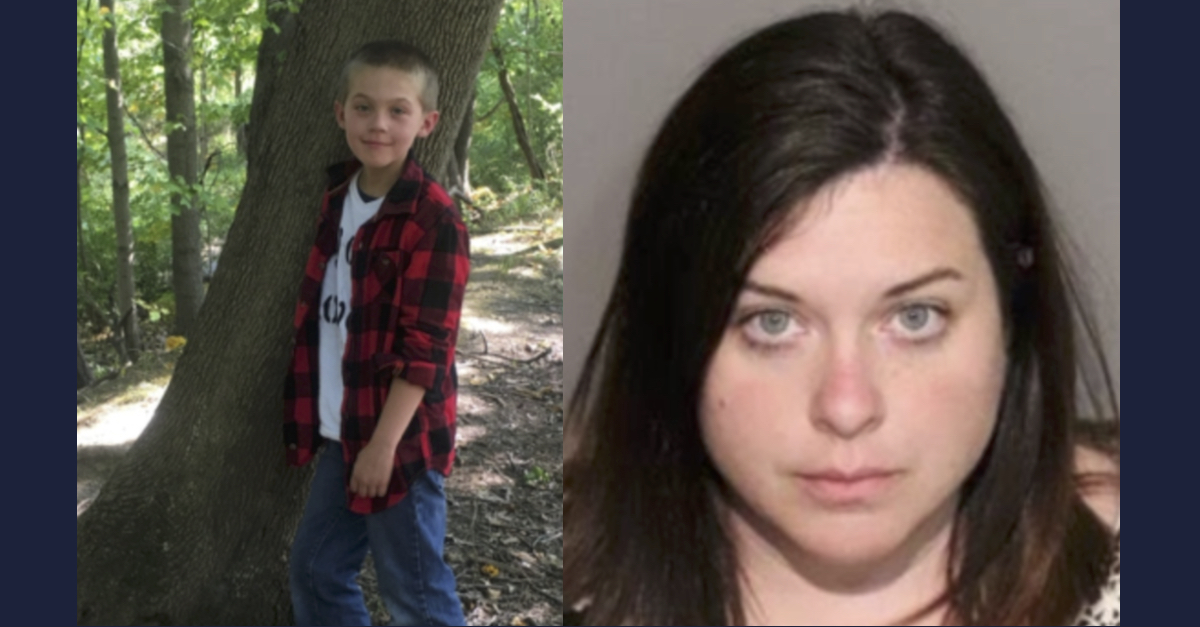 The California stepmother of an 11-year-old boy who died in 2020 was sentenced to 15 years to life in prison with the possibility of parole on Friday.

Roman Anthony Lopez was found dead inside a storage bin in the basement of the family’s home just a few hours after he was reported missing on Jan. 11, 2020. Authorities in Placerville, Calif. arrested the boy’s father Jordan Piper, 36, and stepmother Lindsay Piper, 38, in February 2021 on torture and child abuse charges. Formal murder charges were filed against both of them in October of that year.

“It’s great news,” Placerville Police Commander Dan Maciel said at the time, according to Stockton, Calif. CBS affiliate KOVR. “Justice for Roman is what we have been aiming for this entire investigation. So long as we get justice for that little guy we will be happy.”

The Pipers each initially pleaded not guilty to the charges. In May of this year, however, Lindsay Piper changed her plea to no contest on one charge of murder in the second degree, according to the Mountain Democrat.

Lindsay Piper will be eligible for parole in 15 years, according to Sacramento, Calif. NBC affiliate KCRA. Her additional charges of torture, poisoning, and child abuse were dismissed as part of the plea deal.

Judge Vicki Ashworth upbraided the defendant, just before sentencing, saying she “didn’t deserve to be [Roman’s] stepmother, quite frankly” and “the court can think of no more evil person than that,” in comments reported by KOVR.

“It’s truly appalling and horrific to know what this little boy went through at the hands of Piper,” the judge added.

The father was additionally accused of failing to provide for his child. According to the charges, the torture and child abuse was said to have occurred “under circumstances or conditions likely to produce great bodily injury or death.”

At the time Roman Lopez died, he was living in a house with seven other children between the ages of one and 17; the family had only recently moved to Placerville some two months before the boy’s suspicious death in the storage bin.

At the time the couple were arrested, police said an autopsy showed no signs of “obvious trauma,” but that the victim was “severely malnourished and dehydrated.”

“Much of this case involved the analysis of forensic evidence, to include obtaining search warrants to seize electronic devices, review data, and working with medical professionals as well as experts in the field of child abuse,” the PPD said when announcing the initial slate of charges against the couple. “Adding to the complexity of this case was how often this family moved and the various agencies they had encountered. The combined investigative team contacted multiple agencies, in another state, including child protective services, medical providers, law enforcement agencies and courts.”

The case took an odd twist late last month when Jordan Piper was charged with one count of sexual exploitation of a child.

According to the FBI, the search warrants executed in service of the investigation into his son’s death also turned up “surreptitious recordings” of a victim under the age of 18, namely “many videos” of the minor girl “using the bathroom and bathing, where her genitals were visible.”

First, authorities said, they found the disturbing content after reviewing video showing the deceased boy’s father removing a camera from behind a wall outlet in the bathroom of a rental home in Groveland, Calif. A second search warrant turned up additional unlawful content on Jordan Piper’s cellular phone, according to the complaint filed in the U.S. District Court for Eastern California.