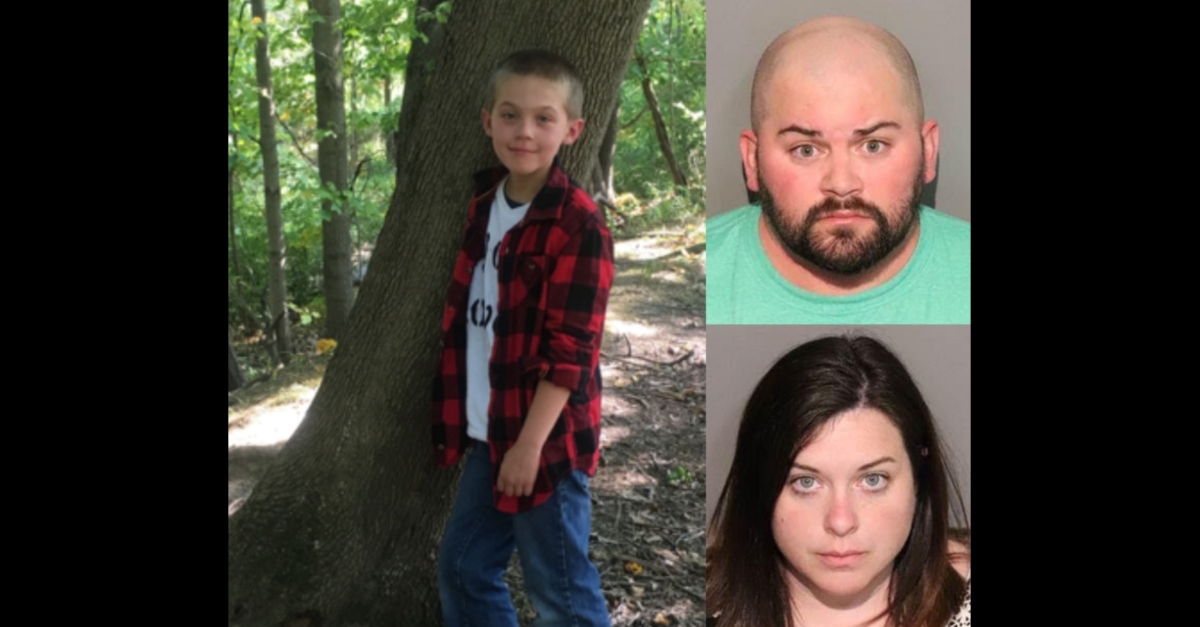 Slowly but surely, authorities ramp up their quest to get justice for a dead 11-year-old boy. Police have said they found Roman Anthony Lopez, 11, passed away in a basement storage bin at his family’s home on Jan. 11, 2020, but it is only now that his father Jordan Piper, 36, and wife Lindsay Piper, 38, are charged with murdering him. This escalates the prior child abuse and torture case against them.

Cops and prosecutors in Placerville, California, reportedly declined to explain what led to the new charges filed Thursday.

“It’s great news,” Placerville Police Commander Dan Maciel said, according to CBS Sacramento. “Justice for Roman is what we have been aiming for this entire investigation. So long as we get justice for that little guy we will be happy.”

The death investigation moved slowly as its second anniversary is just more than two months away. Police said that Lopez was reported missing Jan. 11, 2020, but they found him dead in a storage bin in the basement that same day. At the time, he had lived with his father, stepmother, and seven other children, then aged 1 to 17, investigators said.

Officials did not immediately jump to charges despite the suspicious circumstances. Lopez had “no obvious trauma” according to the autopsy reported by CBS Sacramento. Authorities, however, said he was badly malnourished and dehydrated.

The Pipers were previously charged in February with child abuse and torture, with Jordan separately facing a count of willfully failing to provide food and water, and Lindsay facing a poisoning charge.

“Much of this case involved the analysis of forensic evidence, to include obtaining search warrants to seize electronic devices, review data, and working with medical professionals as well as experts in the field of child abuse,” police previously said, defending against concern that the case was going slow. “Adding to the complexity of this case was how often this family moved and the various agencies they had encountered. The combined investigative team contacted multiple agencies, in another state, including child protective services, medical providers, law enforcement agencies and courts.”

The Pipers have pleaded not guilty to the existing charges. They are scheduled for an arraignment on the murder charges to take place Nov. 19.

Roman’s biological mother Rochelle “Shelly” Lopez did not live to see the murder charges against her ex and his new spouse. The elder Lopez, an Iraq War veteran living with post-traumatic stress disorder from her service, died in April 4 while residing in Wisconsin, according to CBS Sacramento. Family did not share how she passed away.

She previously told the outlet that she learned about Roman’s death online, and that she had not seen him in two years because Jordan Piper had custody and would not let her.

[Image of Roman Lopez, and booking photos of Jordan and Lindsay Piper via Placerville Police Department]