‘I Hit Her Again’: Missouri Man Sentenced to Life in Prison for Murdering Pregnant Wife by Striking Her with a Mallet Until Her Skull ‘Cracked’ 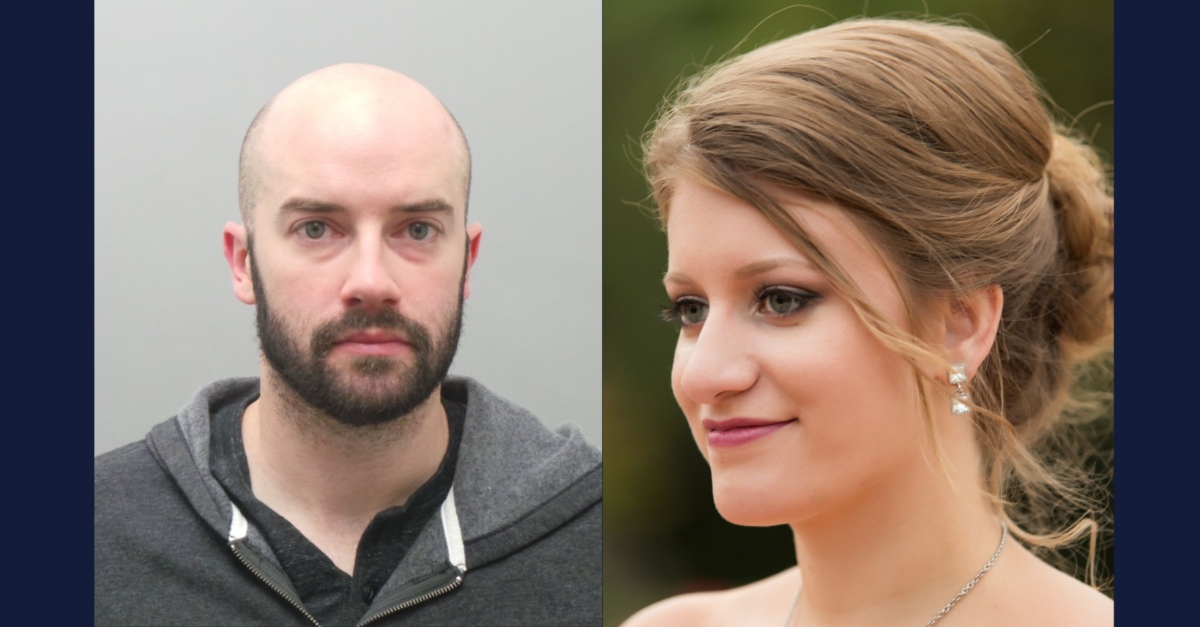 A Missouri man was sentenced to life in prison on Friday for the November 2019 murder of his pregnant wife.

In April of this year, Beau Rothwell, 31, was convicted of murder in the first degree, tampering with evidence, and abandoning a corpse for brutally beating 28-year-old Jennifer Rothwell to death and then dumping her naked body in the woods off U.S. Highway 61.

Beau Rothwell would later report his wife missing, engage in search party efforts to find her, and make other efforts to conceal his violence, including texting her cell phone after she was already dead in order to appear concerned as to her whereabouts. He was arrested the next day once police found a carpet soaked in bleach and blood — still damp — in the couple’s suburban St. Louis County home.

Rothwell was formally charged with murder two days after making a missing persons report. Exactly one week after that, on Nov. 19, 2019, the deceased woman’s body was found covered in brush just outside of Troy, Mo. A plastic bag had been duct-taped around her head.

By that time, the murderer had been cooperating with police and helped lead them to Jennifer Rothwell’s body.

Beau Rothwell confessed to police that he had killed his wife, and he did not dispute his confession when he was tried. Originally charged with murder in the second degree, the defendant would later testify in his own defense that the killing was not premeditated but, rather, committed during a “red haze” of anger over an argument about his mistress, the victim’s recent pregnancy, and her own alleged extramarital affair.

The state argued the long-seething husband had seen the murder as a way to get out of their failed marriage and considered it for months; evidence showed Jennifer Rothwell looked up “what to do if your husband is upset you are pregnant” on her cell phone just before she was killed.

The process of the murder itself was a drawn out affair.

During the argument, the husband hit his wife first from behind, striking her in the head with a mallet and sending her scrambling and stumbling toward their garage. He then followed her down and attacked her with the weapon again, ultimately striking the fatal blow.

“In the heat of everything, I hit her again,” he testified. “I believe I cracked her skull. She fell unconscious and fell down the stairs.”

Then came the extensive clean-up and concealment efforts.

In addition to the haphazard efforts at bleaching away the blood, Beau Rothwell drove and abandoned his wife’s car at an intersection in Creve Coeur, Mo. A tarp covered in blood and telltale cleaning supplies were tossed into a business dumpster.

The killer testified that he was in “panic mode.” Police noted he bought the cleaning supplies the day before he reported his wife missing.

“It was this feeling of needing to keep up the facade,” Beau Rothwell explained to the jury.

On Thursday, Circuit Judge Ellen “Nellie” Ribaudo sentenced the defendant to life in prison without parole plus an additional four years for the additional charges. The sentences will run concurrently, according to The St. Louis Post-Dispatch.

“We are hoping that the family has some kind of relief,” St. Louis County Prosecuting Attorney Wesley Bell told reporters outside the courthouse after the verdict.

During a victim impact statement, however, relief was lacking.

“Jennifer will never know the joy of holding her child in her arms,” Jennifer Rothwell’s mother, Robin von Hausen, said through a video feed. “Instead, she walked her through heaven’s gates.”