Connecticut Man Sexually Assaulted Young Girl More Than a Dozen Times, Pulled Down Her Pants as She Was Sleepwalked: Affidavit 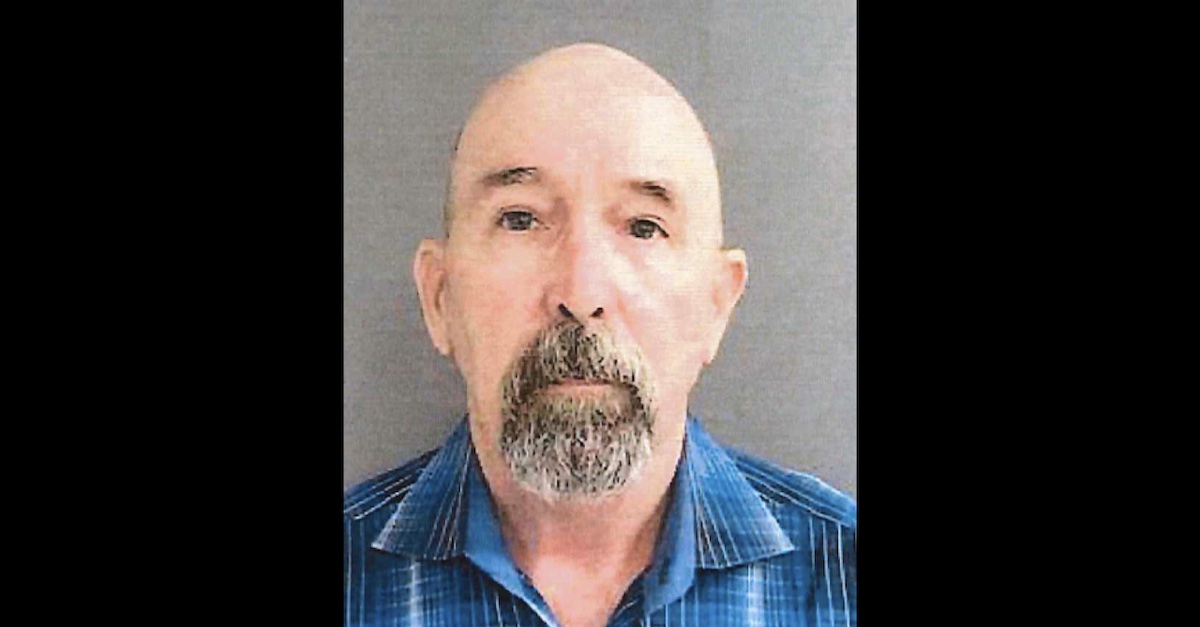 Warning: this story contains graphic details of the sexual abuse that will be disturbing to readers.

A 64-year-old Connecticut man is accused of sexually assaulting a young girl “approximately 15 times” from the time the victim was 7 years old to when she was 8 and a half years old. Brian Joseph Webb turned himself in on Oct. 26 after warrants for his arrest were issued, according to Connecticut State Police.

Detective Christopher Hubbard with the Connecticut State Police wrote in affidavit that the victim, now a 9-year-old old girl, said the alleged abuse was first reported to the Department of Children and Families on July 27, 2020. The victim told her aunt during a visit that Brian Webb had “touched her in an inappropriate and weird way,” as the affidavit put it.

The aunt asked the girl what she meant and the victim said that Webb “touched her vagina and buttock’s area, and that it was taking place for a long time.” The aunt then told “Witness #1” about what the girl said. Witness #1 was described as an adult female the victim has resided with, along with older siblings, in Woodstock, Connecticut since the victim was 9 months old.

The affidavit said that, days after the initial report, the victim sat down for an interview and recounted being molested by Webb.

“Victim #1 was reluctant to talk about being touched inappropriately, then asked if she was allowed to tell, and said the she was not sure if her mother would let her tell,” the affidavit said. “Victim #1 then said that Brian Webb was weird and described an incident where her cousins were over, where she walked in on him being inappropriate with her younger cousin.”

The victim said that Webb touched a 4-year-old girl “on her genitals and buttocks and explained that she told her mother about this incident,” documents said.

From here, the victim recalled in disturbing detail grooming behavior and a series of sexual assaults that Webb allegedly committed against her over a two-year period. Here is one excerpt, which suggests that Brian Webb gave the victim melatonin knowing it would make her sleepwalk and give him an opportunity to sexually abuse the victim:

The details only get even more graphic from here: 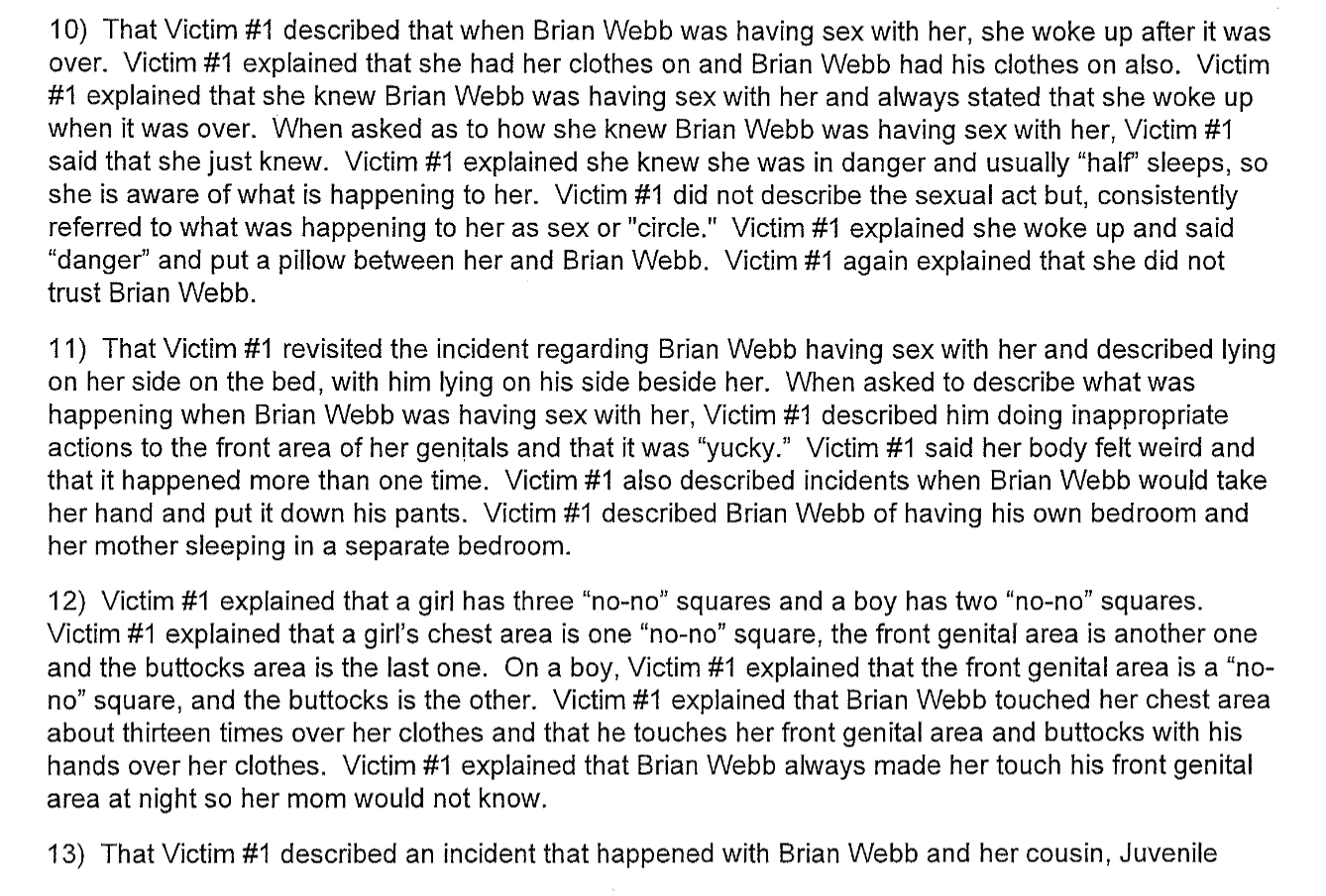