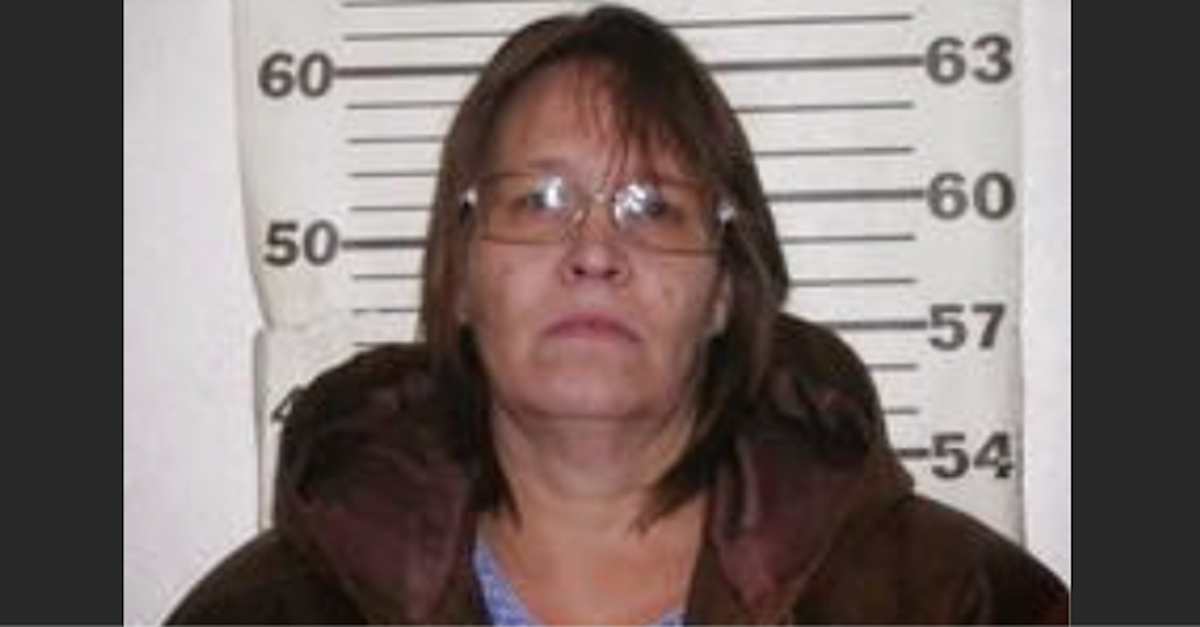 A Missouri judge sentenced a 60-year-old woman to spend the rest of her life behind bars without the possibility of parole after being convicted of murdering her husband in their home and staging the scene to make it look like a break-in. Seventh Circuit Court Judge Shane T. Alexander on Wednesday handed down a life sentence to Viola Bowman for the 2012 fatal shooting her husband, Albert “Rusty” Bowman, The Kansas City Star reported.

Bowman, who has steadfastly maintained her innocence, last year reportedly rejected a deal from prosecutors that would have effectively resulted in her release for time served if she pleaded guilty to voluntary manslaughter.

During Wednesday’s sentencing hearing, Assistant Prosecuting Attorney Robert Lee Sanders recommended that Judge Alexander put Bowman behind bars for life, reportedly describing her as “a cold, calculating manipulator” and telling the court her husband “deserves no less for justice.”

Given a chance to address the courtroom, Bowman reportedly continued to profess her innocence.

“I did not murder my husband,” she told Judge Alexander, then turned around to address two of her daughters who had attended the proceeding.

“I’m sorry you lost your father. I suffer every day without your father here,” she reportedly said.

Officers with the Kansas City Missouri Police Department on the evening of Nov. 7, 2012 responded to a 911 call from Bowman who reported a shooting at the couple’s Northland home located in the 5500 block of N.E. Munger Road. First-responders arrived at the scene and reportedly found Rusty covered in blood, his body still sitting in his reclining armchair. The victim was pronounced dead at the scene.

Bowman told investigators that an unknown person had broken into the home and shot her husband twice, per St. Louis Fox affiliate KTVI.

Following a protracted investigation, detectives reportedly said the evidence indicated that a break-in had not occurred. They concluded that Bowman shot her husband twice—once in the head and once in the chest—then staged the crime scene.

During her criminal trial, prosecutors argued that emergency medical personnel who responded to Bowman’s home said her demeanor in the aftermath of her husband’s death was “odd,” and investigators reportedly noted multiple inconsistencies with her statements about the alleged robbery.

“They noted that items like a laptop, car keys and a wallet were not stolen from the home,” the Star reported. “Prosecutors also contended that Bowman benefited from a life insurance policy in the wake of her husband’s death.”

Bowman’s defense attorney, Horton J. Lance of the public defender’s office, reportedly argued that the defendant loved her husband and contended that she was at Walmart when the shooting took place.

Lance reportedly also asked Judge Alexander to order a new trial, arguing that the jury made “a tragic mistake” by returning a guilty verdict against Bowman. The motion was denied, with Judge Alexander reportedly saying the court was convinced of Bowman’s guilt.

Following Wednesday’s sentencing hearing, Lance told the Star that he planned on filing an appeal in the case.

“We hope to prove in the end that she truly is innocent,” he reportedly said of his client.

Lance did not immediately respond to an email from Law&Crime.

The Star previously published an investigation into problems with the Missouri State Public Defender’s Office that highlighted Bowman’s case, noting that her court dates were “postponed dozens of times as the office struggled to balance overwhelming caseloads.”