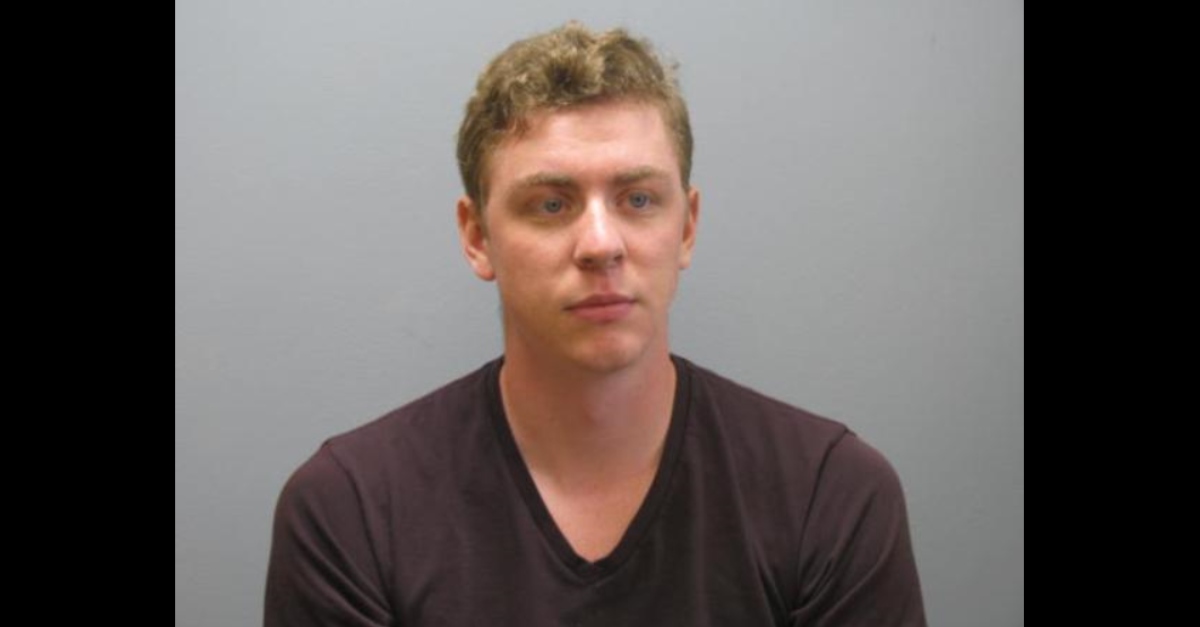 If you’re like us, you’re wondering why on earth convicted sexual assailant Brock Turner, 25, trended on Twitter in 2020. Well, a number of people seemed to think he was actually going to speak at the upcoming Republican National Convention.

This tweet from comedian Jena Friedman had 8,600 likes, and 6,600 retweets as of Tuesday afternoon.

Some Twitter users apparently thought Friedman was being serious, or they acknowledged that they could believe it if it were true. Others recognized it as a joke.

Turner was convicted and sentenced for sexually assaulting an unconscious woman outside of a 2015 frat party. His six-month jail sentence (actually, three months in practice) and his attitude toward the case sparked outrage.

The sexual assault survivor, known in court as Emily Doe, gave a powerful account about what happened.

“You took away my worth, my privacy, my energy, my time, my safety, my intimacy, my confidence, my own voice, until today,” she said. She stepped forward in 2019 under her real name Chanel Miller.

She has been known to the world as “Emily Doe,” the sexual assault victim of Stanford swimmer Brock Turner. Now she’s revealing her name and face. Chanel Miller, here reading her victim impact statement, gives her first interview to “60 Minutes” https://t.co/U4GDOofVj6 pic.twitter.com/cpVMwCZ4Sk

Turner is currently on the sex offender registry in Ohio, according to records viewed by Law&Crime.

So some people took Friedman at her word. The thing is, she’s a comedian. These are the tweets that bookend her post about Turner at the RNC.

BREAKING NEWS: Bat Who Gave The World Covid Will Speak At RNC

Now I see how QAnon spreads.

The trend happened as there was some real, eye-catching choices for appearances at the event. In particular, there’s Nicholas Sandmann, the former Covington Catholic student who sued CNN, The Washington Post and others. There’s also Missouri couple Mark and Patricia McCloskey, who were recently charged for pointing guns at protesters (they said they were acting in self-defense).

“I don’t want to get kicked off twitter for other people not understanding satire,” Friedman wrote Tuesday afternoon.

Some Republicans are more upset with my tweet than with a rapist being President.

While I have your attention: @TheDemocrats, please stop giving Bill Clinton a platform. He has admitted to abusing his power and has been accused by multiple women of sexual misconduct. He’s not the future of the party, let him go.

Just for the heck of it, we reached out to the RNC to ask if Brock Turner was going to be a speaker. They did not immediately respond a Law&Crime request for comment.