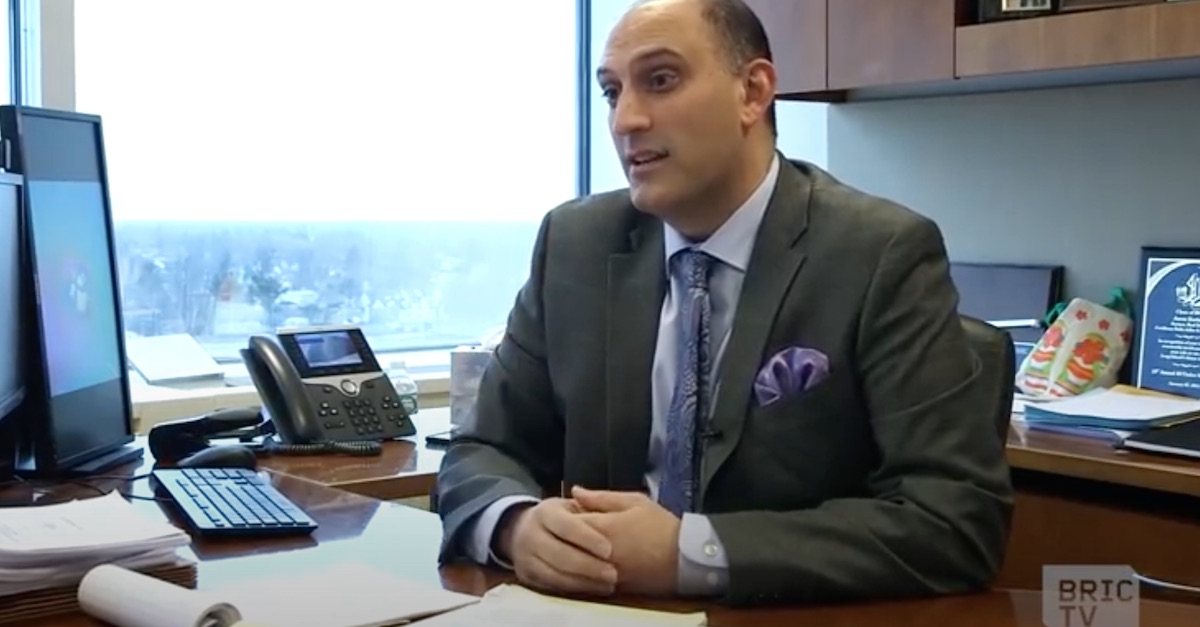 You might say his ass is in the jackpot.

A New York lawyer who made a name for himself as a so-called “Lottery Lawyer” now faces charges for allegedly defrauding lotto-winning clients and steering them to financial ruin. Federal prosecutors in Brooklyn, New York accused Jason “Jay” Kurland, 46, and three others of wire fraud, wire fraud conspiracy, money laundering and money laundering conspiracy as part of a scheme to defraud clients of $107 million.

“If he were not Italian, there would be no accusation of this nature,” Gerald J. McMahon, Chierchio’s lawyer, said when denying the mob allegation.

Prosecutors allege in the indictment that Kurland accepted hundreds of thousands of dollars from victims for safe investment advice, gained the trust of victims with “primarily traditional investments,” and then “steered his clients to invest in various entities and business deals controlled and directed by Russo, Smookler and Chierchio, and received kickbacks in return – which Kurland failed to disclose to his clients”:

The defendants then used the money from the Lottery Victims’ investments to keep their scheme going and to enrich themselves. A portion of these funds was funneled back to the Lottery Victims and falsely presented to them as “interest payments” on their investments, other funds went to Kurland as kickbacks, and millions of dollars were stolen to support the defendants’ lavish lifestyles – private jets, expensive vacations and luxury vehicles including two yachts. The funds that the defendants actually invested in various entities and deals were, in large part, eventually lost.

In intercepted calls cited in court documents, the defendants can be heard discussing their scheme, attempting to cover their tracks and expressing concern about what might happen to them if they were caught by law enforcement.

The government said that it recorded a wild phone call in which Russo compared himself to the “mob-affiliated character” in the Adam Sandler movie Uncut Gems when explicitly threatening a “jewelry merchant” identified as Gregory Altieri.

Russo’s and Smookler invested some of the Lottery Victims’ money with Gregory Altieri, a jewelry merchant, and then extended him a $250,000 “street loan.” Conversations recorded during the government’s investigation revealed that Russo and Smookler expected to be repaid over $400,000 for the $250,000 loan, and the threats Russo and Smookler made to Altieri in their attempt to collect it. Russo informed Altieri that he had a “few tactical shotguns . . . with lasers,” and Smookler told Altieri that if he did not fully repay the loan, “it’s just going to be unbelievable.” Russo compared himself to the mob-affiliated character in “Uncut Gems,” a movie that ends with the indebted diamond dealer shot dead. On another call, Russo told Altieri, “They’re gonna pop your head off in front of your fucking kids. This guy has no clue what he’s getting into.” Smookler told Altieri, “You watch my man, you fucked me, now watch what I am gonna do to you, I’m coming brother. Full fucking steam ahead.”

A threat was also allegedly made against Altieri’s family during the allege conspiracy to commit extortionate extension of credit:

Russo and Smookler also threatened to harm Altieri’s family if Altieri did not repay the loan. Smookler told Altieri that, “[W]e are gonna find your wife today. That’s happening.” Russo informed Altieri that the people coming for him are “going to make you watch as they rip your son’s teeth out of his mouth, watch, they’re going to do worse things to your wife.”

In a statement, Acting United States Attorney for the Eastern District of New York Seth DuCharme called out Kurland for violating the oath of the legal profession.

“Defendant Kurland allegedly violated the law and his oath as a lawyer when he allowed co-conspirators to pillage his clients’ bank accounts for their own enrichment,” DuCharme said. “In addition, Russo and Smookler allegedly threatened to torture an individual’s wife and children. The defendants callously thought they could line their pockets with lottery winnings without consequence, but today their luck ran out.”

The New York State courts currently say Kurland’s license to practice law is active. The Hofstra University Maurice A. Deane School of Law grad was admitted to the bar in 2001. No disciplinary history was displayed. Kurland achieved a parternship at the Rivkin Radler law firm.

Law&Crime reached out to the firm for comment on Tuesday’s news. A representative said the firm has already begun the process to strip Kurland of his partnership.

“We were taken by complete surprise by the allegations against Mr. Kurland. The firm has no role in nor knowledge of the criminal activities described. We were contacted today by the US Attorney’s office and are cooperating in their investigation,” Director of Communications & Marketing Laurie Bloom said in a statement. “The Firm is taking immediate steps to remove Mr. Kurland as a partner with the firm.”

“In addition to representing lottery winners, I practice real estate and trusts and estates law at Rivkin Radler LLP. I represent clients purchasing, selling or redeveloping all types of commercial real estate. I use my legal experience to protect my lottery clients’ money, whether by helping them create trusts for their winnings or helping them invest in real estate,” the bio said. “I authored a chapter for the 2013 edition of Inside the Mins: Best Practices for Structuring Trusts and Estates.”

Kurland does, indeed, have a footprint on the internet. There are a number of videos on YouTube of Kurland giving advice on what to do if you win the lottery.

Kurland touted himself elsewhere on the internet as a “lottery law expert” the “go to” attorney for big winners. 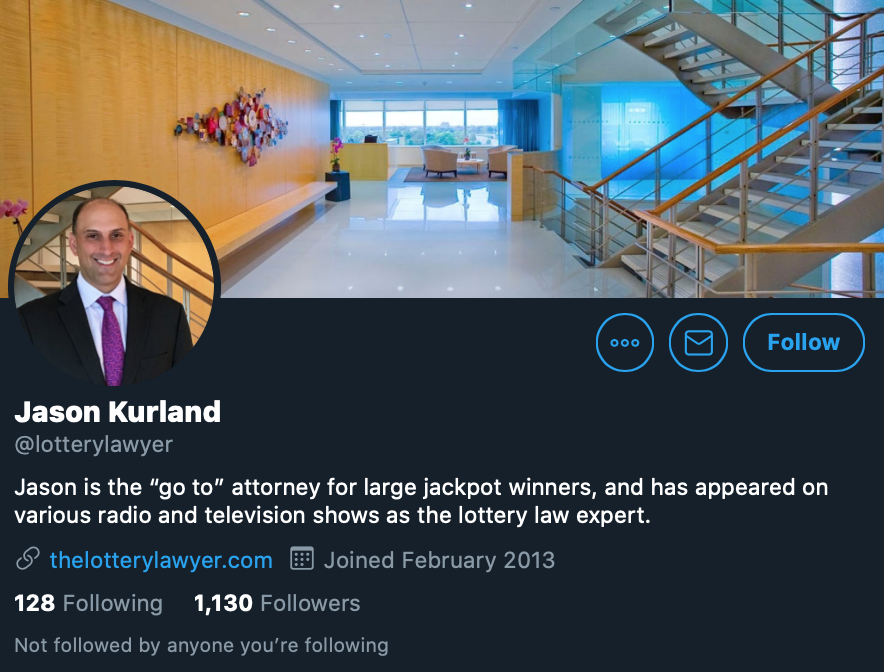