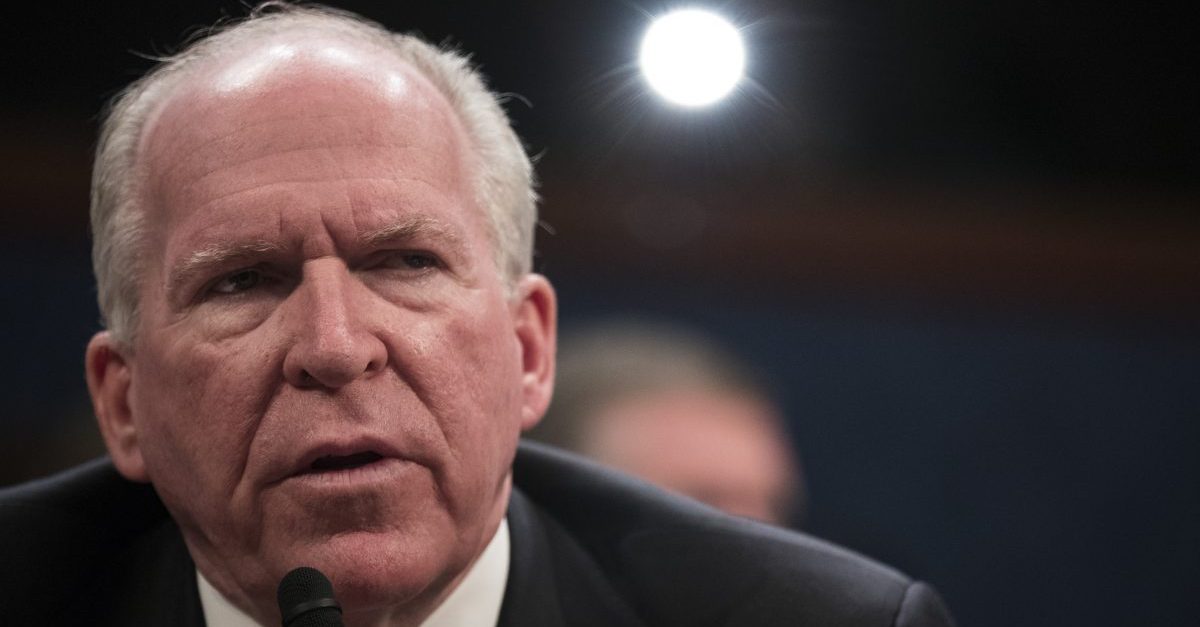 On the day we learned the details of the Republican-led Senate Intelligence Committee’s report on extensive communications between the Trump campaign and Russian officials in the lead up to the 2016 election, the Wall Street Journal reported that the Department of Justice’s investigation of the origins of the Russia probe continues apace. The latest news is that U.S. Attorney John Durham is scheduled to interview Barack Obama’s former CIA director John Brennan this coming Friday.

In June 2019, U.S. Attorney General Bill Barr assigned Durham, the U.S. Attorney for Connecticut, to oversee an administrative review of the “Crossfire Hurricane” investigation by the FBI into the Trump 2016 presidential campaign. By Oct. 2019, it was confirmed that the investigation would also be looking into possible criminal conduct and include actions taken under former special counsel Robert Mueller’s Russia probe.

Durham last year requested copies of Brennan’s emails, call logs, and several other documents from Brennan’s tenure at the CIA. According to a report from CNN, Durham is interested in what the former CIA director told other federal officials, “including former FBI Director James Comey,” about Christopher Steele’s infamous “dossier” and whether Brennan or the agency gave any credence to the former British spy’s salacious and unsubstantiated allegations.

Durham is also looking into whether Brennan may have privately contradicted his public statements about both the dossier and the overall Russia investigation, according to a New York Times report.

The first substantive result of the year-long probe came last week, when news broke that former FBI attorney Kevin Clinesmith was expected to plead guilty to a felony for altering an email that was used in a Foreign Intelligence Surveillance Act (FISA) warrant application.

During a public panel last year at George Mason University, Brennan said that Durham had a “good reputation,” adding that he was “very confident” the CIA “conducted its responsibilities appropriately, consistent with our legal authorities, and in the matter that was apolitical.”

Barr, who has long expressed disdain at the notion that U.S. intelligence agencies “spied” on a presidential campaign, has been publicly pressured by President Donald Trump to use the Durham investigation to prosecute his political enemies. Trump has repeatedly declared that the probe will vindicate his claims that the Obama administration illegally spied on him, even going so far as to say Barr’s legacy is entirely dependent upon whether top Obama administration officials are charged—not just the lower-level people like Clinesmith.

“Bill Barr can go down as the greatest attorney general in the history of our country, or he can go down as an average guy. It depends on what’s going to happen,” the president said last week, immediately after calling out Brennan, Comey, and former DNI James Clapper by name. “Bill Barr and Durham have a chance to be — Bill Barr is great most of the time, but if he wants to be politically correct, he’ll be just another guy.”