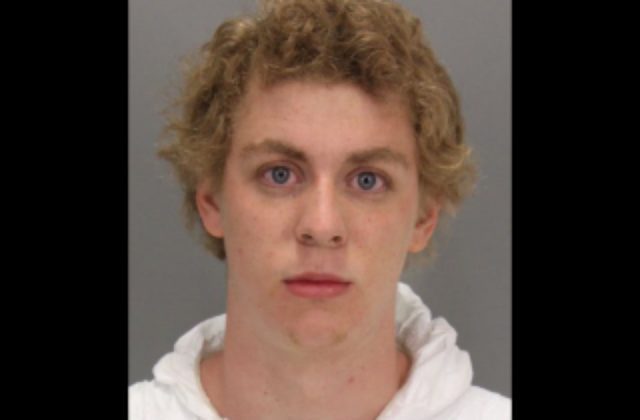 Want a target for your rage this Thursday? Well then, look no further than the written and oral arguments of one Eric S. Multhaup, appellate attorney for Brock Turner. Apparently, Turner (aka the “Stanford Swimmer”) wasn’t satisfied with serving just 3 months in jail for a horrific sexual assault that infuriated the nation two summers ago. The sentence was so light as to have motivated California voters to recall Judge Aaron Persky, who’d presided over the Turner trial. But clearly, leniency isn’t enough for Turner. He wants his conviction overturned, his record cleared and his good name restored.

Turner’s attorney seemed to have no problem making arguments that defy logic and push the boundaries of decency. Turner argues that his conviction shouldn’t stand because the facts couldn’t possibly have supported a finding in line with the jury’s verdict. Post-conviction motions for throwing out convictions are very common, and are important facets of the criminal justice system. But a case that resulted in only a three-month sentence after two eyewitnesses rescued an unconscious girl next to a dumpster mid-assault is one that should probably just be left alone.

Turner’s brief, which was the subject of oral arguments this week, made some whoppers of arguments. Here are a few:

Prosecutors had argued that the nature of the location supported the jury’s inference that Turner intended to rape his victim. According to Turner’s lawyer though, that dumpster wasn’t really all that secluded. There weren’t any trees or shrubs or anything else blocking the view of passersby.

The dumpster and the dumpster enclosure stood between the nearest street and the basketball court, such that pedestrians or people in vehicles on that street could not see the site where the sexual activity occurred. However, the site was in full view of anyone on the Kappa Alpha patio…

All of this, Turner’s defense contends, means that a jury would’ve been crazy to hear “dumpster” and think “attempted rape.”

“The removal of her underwear is completely consistent with (although not strictly necessary for) an intent to finger her without any sexual intercourse.”

Maybe this is Mr. Multhaup’s attempt to make an argument along the lines of, “when you hear hoofbeats, think horses, not zebras.” But it really doesn’t work.  When you see an unconscious girl with her underwear pulled down and a guy sexually abusing her, we all think rape.

When two Swedish students happened upon Turner, he was mid-thrust on top of the victim’s unconscious body. Her dress was up, her underwear down, and Turner was humping away. Caught in the appalling act, Turner ran away until he was tackled to the ground by the two witnesses. But according to Turner, those facts only support “an intent to finger” the victim, which is totally different than raping her.

I’m sure you’re as sickened as I am at this point, but stick with me, because it’s about to get even worse.

The crown jewel of Turner’s appeal is that whatever he did or tried to do to the victim wasn’t rape-rape. It was just, “outercourse,” which is NBD. Read this explanation:

“Respondent fails to recognize that the ‘aggressive thrusting’ or ‘humping’ while fully clothed is viewed in modern times as an alternative to or substitute for sexual intercourse, not a precursor to it. The term for this type of activity in the popular lexicon is ‘outercourse,’

As a matter of common sense, the sexual activity that was observed here is mutually exclusive to actual intercourse.”

The brief even includes all sorts of academic references and footnotes to school the appellate judges on how “outercourse” is a “safer alternative” to sex of the classic variation. Mr. Multhaup, a 35-year veteran of criminal appellate court, and a recent Champion of Justice Award recipient, and California’s 2010 “Attorney of the Year,” made this astounding argument to the court. I guess we’re lacking in common sense if we missed the conclusion that Turner was just trying to have safe sex with an unconscious girl next to a dumpster.

Justice Franklin D. Elia, apparently not buying Mr. Multhaup’s Urban Dictionary argument, summed up the mood of the courtroom: “I absolutely don’t understand what you are talking about.”

Me neither, Justice Elia. I absolutely don’t understand this entire appeal. Brock Turner got a fair trial, a predictable conviction, and a shockingly light sentence. I realize that the media firestorm brought upon Turner and his family were life-changing and tough to bear – but as they are the direct consequences of Turner’s abhorrent actions, I’m tapped out on sympathy. If Brock Turner wants to rehabilitate his image, there is plenty of good he can still do in this world. A nice place to start would be to quit whining about the jury’s mistakes and start apologizing for his own.