The Woman Brock Turner Sexually Assaulted Revealed Her Identity, and She Picked The Perfect Time 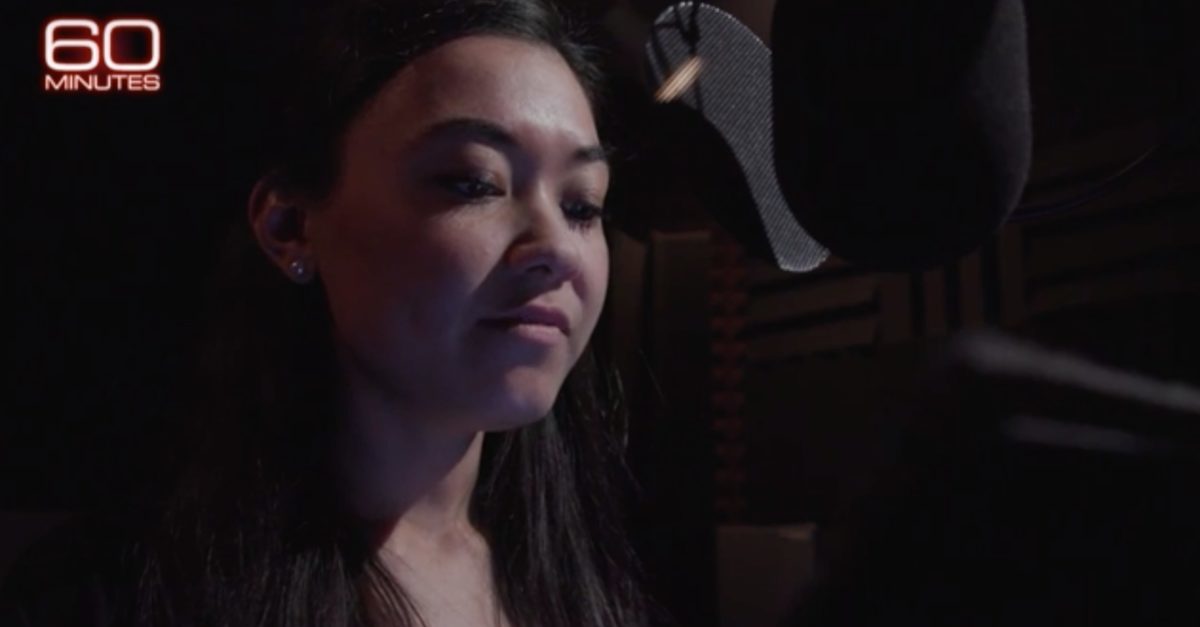 After more than three years of being identified only as “Emily Doe” in one of the highest profile sexual assault cases of all time, Chanel Miller has come forward and said that she was the woman Brock Turner sexually assaulted.

Miller, described in her author’s bio as a writer and artist with a bachelor’s in Literature from University of California, Santa Barbara, just released her memoir. Its poignant title, Know My Name, is reminiscient of Miller’s victim impact statement, which went viral after being published on BuzzFeed. She began that statement with the chilling words, “You don’t know me, but you’ve been inside me.”

The memoir isn’t all Miller is doing, either. She’s revealed her face and will be participating in an interview on “60 Minutes” on September 22.

She has been known to the world as “Emily Doe,” the sexual assault victim of Stanford swimmer Brock Turner. Now she’s revealing her name and face. Chanel Miller, here reading her victim impact statement, gives her first interview to “60 Minutes” https://t.co/U4GDOofVj6 pic.twitter.com/cpVMwCZ4Sk

Miller’s decision to appear publicly is a major departure from what she’d said in 2016 while the case was still pending. At that time, Miller preferred to remain anonymous, saying, “I don’t need labels, categories to prove I am worthy of respect … I am coming out to you simply as a woman wanting to be heard. For now, I’m every woman.” Now, though, time has passed. Turner has served his sentence, and his appeal has been denied. Miller’s decision to leave her anonymity behind may well be a natural next step in both her personal healing process as well as the nation’s journey to achieve better understanding of campus sexual assault.

Three summers ago, the prosecution and sentencing of Brock Turner captivated national attention. The details were shocking. Turner, then a promising 19-year-old swimmer at the prestigious Stanford University, sexually assaulted an unconscious young woman behind a dumpster. Turner was caught in the act by two graduate students who’d happened upon the scene.

During Turner’s criminal trial, the world heard from his victim via her emotional and detailed impact statement. Turner himself also addressed the court, putting forth a shockingly out-of-touch narrative of passing the buck and blaming everyone but himself. According to Turner, he had been confused and inexperienced; he innocently acted as he’d observed others acting, and hadn’t meant to inflict any harm.

Though most of America didn’t buy Turner’s tale of his own victimization, his family sure did. His dad told the judge that Turner shouldn’t be punished for what merely amounted to “twenty minutes of action,” before later taking to social media and soliciting assistance with legal fees. His grandparents wrote a letter to the judge complaining that “Brock is the only person being held accountable for the actions of other irresponsible adults.”

The public, though, wasn’t having it.  The only person who would ultimately be forced to share any of Brock Turner’s blame was Judge Aaron Persky – who delivered the surprisingly light sentence. Turner had faced of two to 14 years in prison, and prosecutors sought a six-year sentence. Persky, himself also a former Stanford athlete, handed down a six-month jail sentence followed by three-years of probation. Of those six months, Turner ended up serving just three.

As Turner became the poster boy for myriad privileges, he continued to fight, appealing his conviction and calling his criminal trial, “a set of lies.” But even as the appeal made its way through the courts, the fallout didn’t stop. Professor Michele Dauber, a sociologist at Stanford Law School and friend of Chanel Miller’s, led the “Committee to Recall Judge Persky,” as a response to Turner’s lenient sentence. In 2018, California voted to recall Persky – the first time such a recall happened in over 80 years in California.

Later, Persky was ordered to pay $161,825.68 to Dauber’s recall campaign, which Persky had sued. That obligation sparked Persky to reach out to his supporters to help ease the financial burden — a move which further angered much of the public that had vilified Persky as personifying systemic unfairness in sexual assault cases.

As Chanel Miller takes over for Emily Doe, she will find the media landscape to be much changed since the time of the Turner trial. #MeToo and #TimesUp have had three more years to take hold. By delaying her entrance onto the world stage, Miller may have set herself up to achieve maximum impact. We’ll be watching.