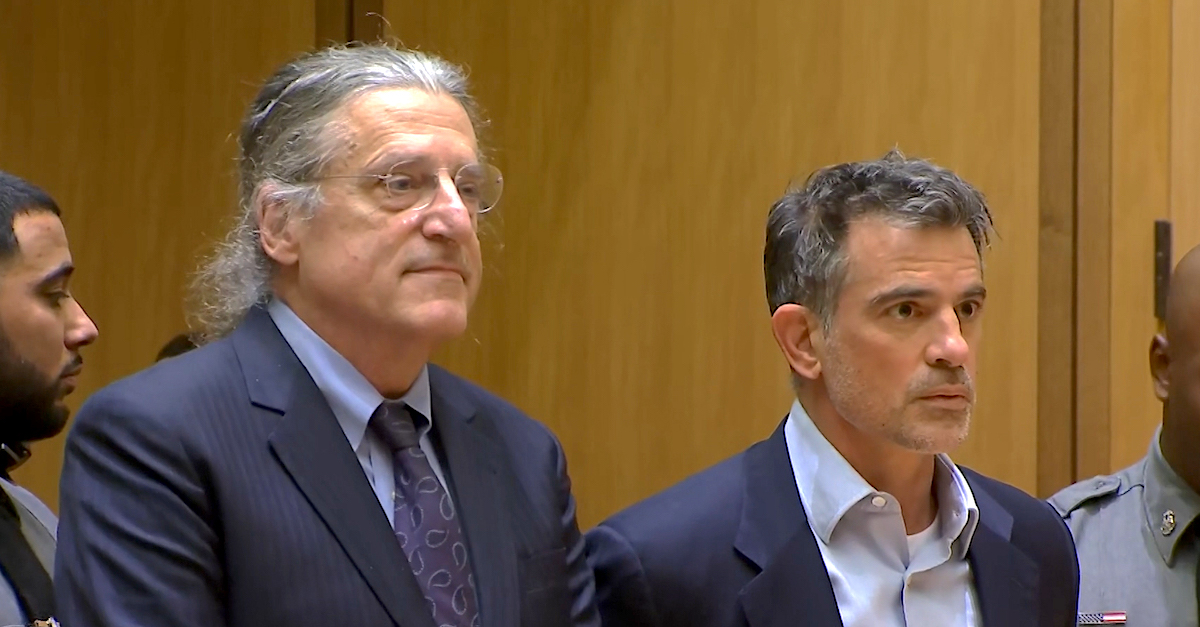 Murder defendant Fotis Dulos has been declared dead, his attorney Norm Pattis said, according to WFSB. The lawyer said that his client’s family flew in from Greece to see if they could harvest his organs.

You’re forgiven if skeptical about news of Dulos’s passing. Confusion and shock reigned on Tuesday. Early reports that day said he was found dead at his Farmington, Connecticut home after he no-showed a bond hearing. Then it turned out he was still alive, but had been found unresponsive. Cops said he attempted to die by suicide in his garbage via carbon monoxide poisoning. He was flown to the Jacobi Medical Center in Bronx, New York in critical condition.

For months, Dulos has been suspected of murdering his estranged wife, Jennifer Dulos. He was finally charged in her death this month. The alleged victim, a mother of five who lived in New Canaan, went missing on May 24, 2019 amid an ugly divorce from her husband. Police said Fotis Dulos killed her, and that his ex-girlfriend Michelle Troconis and attorney-friend Kent Mawhinney helped him dispose of evidence and concoct an alibi.

Before his death was announced on Thursday, Dulos’s attorneys filed a motion demanding that cops preserve evidence found in a new search executed at his Farmington home.

UPDATE: motion from Dulos defense team asking all evidence found during search of Dulos’ home be preserved. That includes a note in Dulos’ car proclaiming his innocence. ⁦@News12CT⁩ pic.twitter.com/MF7YnC9cAh

Lawyers singled out a note in which Dulos maintained he was innocent of murdering Jennifer Dulos.

“Upon information and belief, in the course of executing a search of Fotis Dulos’s car, law enforcement officials recovered a note in which Mr. Dulos declared a note in which he declared his innocence of the infamous and heinous crimes that the State has accused him of and claimed his lawyers have the evidence to prove it,” they wrote. “This note is presently in the custody of the Farmington Police Department or the Connecticut State Police.”

They didn’t spell out their source regarding this, but law enforcement sources described such a note in The Hartford Courant. Figuratively speaking, cops are pretty much keeping their mouths shut in public.

Dulos was accused of capital murder, murder, kidnapping in the first degree, tampering with evidence and hindering prosecution. Troconis faces charges of conspiracy to commit murder, tampering with evidence and hindering prosecution. Mawhinney, a lawyer who represented his friend Dulos in a lawsuit filed by Dulos’s mother-in-law Gloria Farber, has also been charged with conspiracy to commit murder.

Jennifer Dulos’s body has not been found. She went missing after dropping off her children at school in May 2019. Authorities believe she was the victim of a violent crime.

In recent days, Fotis Dulos was accused of violating his bail conditions by removing items from a Jennifer Dulos memorial. His attorney claimed the memorial was meant to taunt his client. Dulos was under house arrest, and a bail-related hearing was scheduled for Tuesday at noon.

RELATED: Everything We Learned from Horrific Warrant for Fotis Dulos’s Arrest in Murder of Jennifer Dulos

Despite a mountain of circumstantial evidence against him (see the link directly above), Fotis Dulos denied having anything to do with Jennifer Dulos’s disappearance. He even did a TV interview, during which he said he was “worried” about her. The defense has considered going with a “Gone Girl” theory that Jennifer had staged her disappearance and framed Fotis for murder.

Editor’s note: This story has been updated to reflect that Pattis says Fotis Dulos has been declared dead.