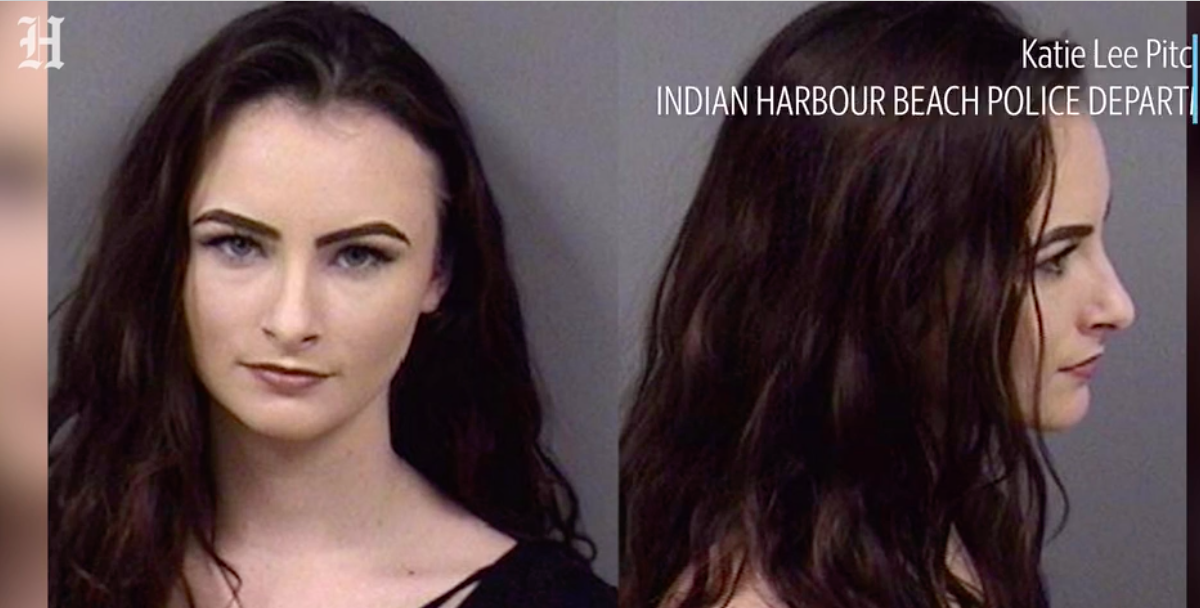 A Florida woman was arrested and jailed last week after it was alleged that she grabbed her boyfriend by the testicles and squeezed them until he bled. Katie Lee Pitchford, 21, was arrested on June 4 in Indian Harbour Beach on Florida’s Space Coast after authorities received a disturbance call from a male who reported that he had just been assaulted by his live-in girlfriend, according to a police report obtained by the Miami Herald.

According to the report, during an argument between Pitchford and her boyfriend (the alleged victim who was not named), Pitchford became “enraged,” striking him in the face multiple times with a hairbrush. The victim reportedly had blood running down the left side of his face and visible bruising as he told responding officers that Pitchford “continued to strike him with her fists and scratched the left side of his face.”

The report said that the man then told officers that Pitchford also “grabbed him by his balls and squeezed them until they were bleeding,” before allegedly putting both of her hands around his neck and attempting to choke him.

Pitchford allegedly told responding officers that she had been arguing with the victim, but stated that the argument did not get physical.

Officers arrested Pitchford for battery. While she was in the back of the police car, she reportedly asked police if she could speak to her boyfriend and apologize.

At the time of the incident, Pitchford was on probation for resisting an officer with violence in 2017. Pitchford was booked by the Brevard County Sheriff’s Office and held without bond. She remained jailed as of Monday.